So I've been having a debate with a guy at work about girls with tattoos. He says he prefers women without them. I said I think women WITH them are beautiful. (not all, but some!) And no, I don't say that just because I have them...I am a strong believer that some girls can pull them off...some can't. 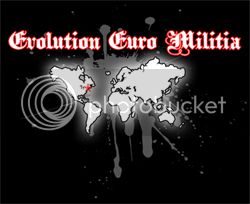 Depends on where and what they are

For the most part I prefer girls with out them.

Man you guys are quick. I JUST posted the poll. Vote!

I've dated girls with tattoos in the past. Its just the typical, dumb, girl tattoos that I think are kind of trashy. Its the fairy tinkerbell or the taz devil, Tweety bird on the ankel or some stupid tribal across the lower back. Most of the time its just a sign to stay away.

Some have cute tasteful tattoos, some are tatted up and sexy for it, others meh not so much. I'm going with "depends.

Like bgsapc, I frown upon 'trendy' tats (butterfly/flower on the ankle, tribal tramp stamp, star on the wrist, nautical stars on shoulders, etc.). Not sure if anyone else feels the same way, but when I see someone with one of those tattoos I think it's just played out. To each his own though, if a girl happens to have one of them and she likes it, cool. :w00t:

Ehh... It matters where exactly did they get their tattoo. Seeing a tattoo on her back, ass, or boobies is a turn off for me. But if thats what she likes then thats cool. I have nothing against them at all.
Candy White MkV Gti 6-speed.
P-flow Neuspeed intake, Revo Stage 2, Custom Dp, eurojet pcv fix, Color matched lowers, Vogland 50mm, Defi Gauge with Osir pod.

I wouldn't mind any of those girls they actually look good with them and look good themselves. 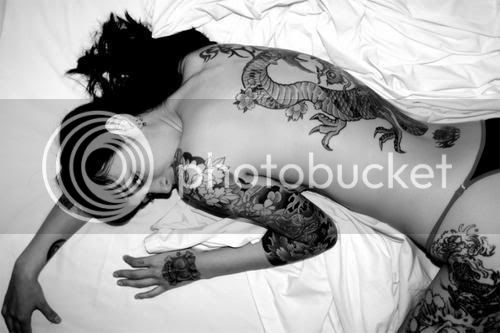 I'm thinking "Depends" will win by a landslide. And for accuracy's sake, I'm referring to the poll option, not the undergarment.

I've seen girls whose body ink is a work of art, and that's pretty damn hot. That said, I've always been a little leery of the Suicide Girl type because my experience is that more than the average number of them have "issues"... I'm not generalising, because I know some who are solid, I'm just mentioning what I see as a trend.

"Trendy" does turn me off. "Look at me, I'm different, because I'm just like everyone else!" All said and done though, I'm probably more likely to marry a girl with nice, un-inked skin, but I won't complain if I wind up with a woman whose self-expression includes ink.

I do prefer that a girl's boobs be unmolested though... that's my job. :biggrin:

The boob/chest area is one area I refuse to have tattoed. I feel like it's such a 'sexy' area in itself and doesn't need a tattoo covering it up. Cleavage draws enough attention on it's own.

You ain't kidding! Not once have I ever needed any help noticing cleavage. And thank you for providing so many excellent examples of that phenomenon in the Real Girls thread. :thumbsup:

Chicks with a tramp stamp is an instant fail for me

girls with tats? absolutely...it depends for me, but im definitely more attracted to chicks with tats.
Flickr​
G