Interior view of 3 of my best laps on West course including my PR lap. Really had to fight the car on lap 2.

Wow Randy Pobst! Would be really interesting if he took your car out for a few laps and see what he could do as well. Great lap times and good to see you are getting a lot of seat time.

turbojzrr said:
Wow Randy Pobst! Would be really interesting if he took your car out for a few laps and see what he could do as well. Great lap times and good to see you are getting a lot of seat time.
Click to expand...

I was definitely hoping there was a way to talk him into taking our Will's car and mine out.. Maybe next time!

Added a new car to the fleet last night. This 2003 330ci has done 235k miles but has been well maintained by the previous 2 owners. It will serve as a fun weekend car and scratch the itch I’ve had for an BMW straight six after I sold my E36 328i a few years back. Needs a few cosmetic things, and probably brakes/clutch in a few thousand miles, but overall in good shape. 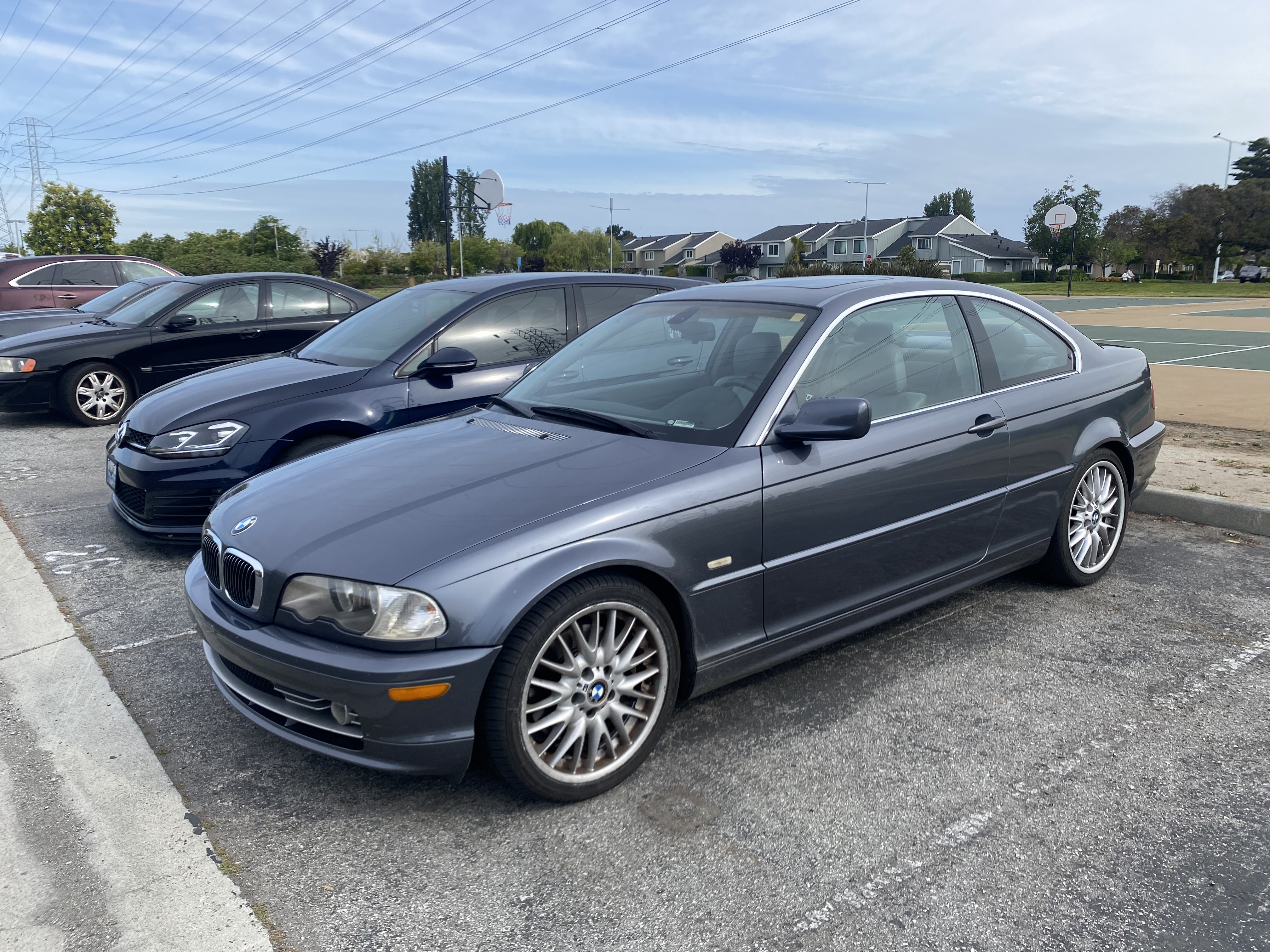 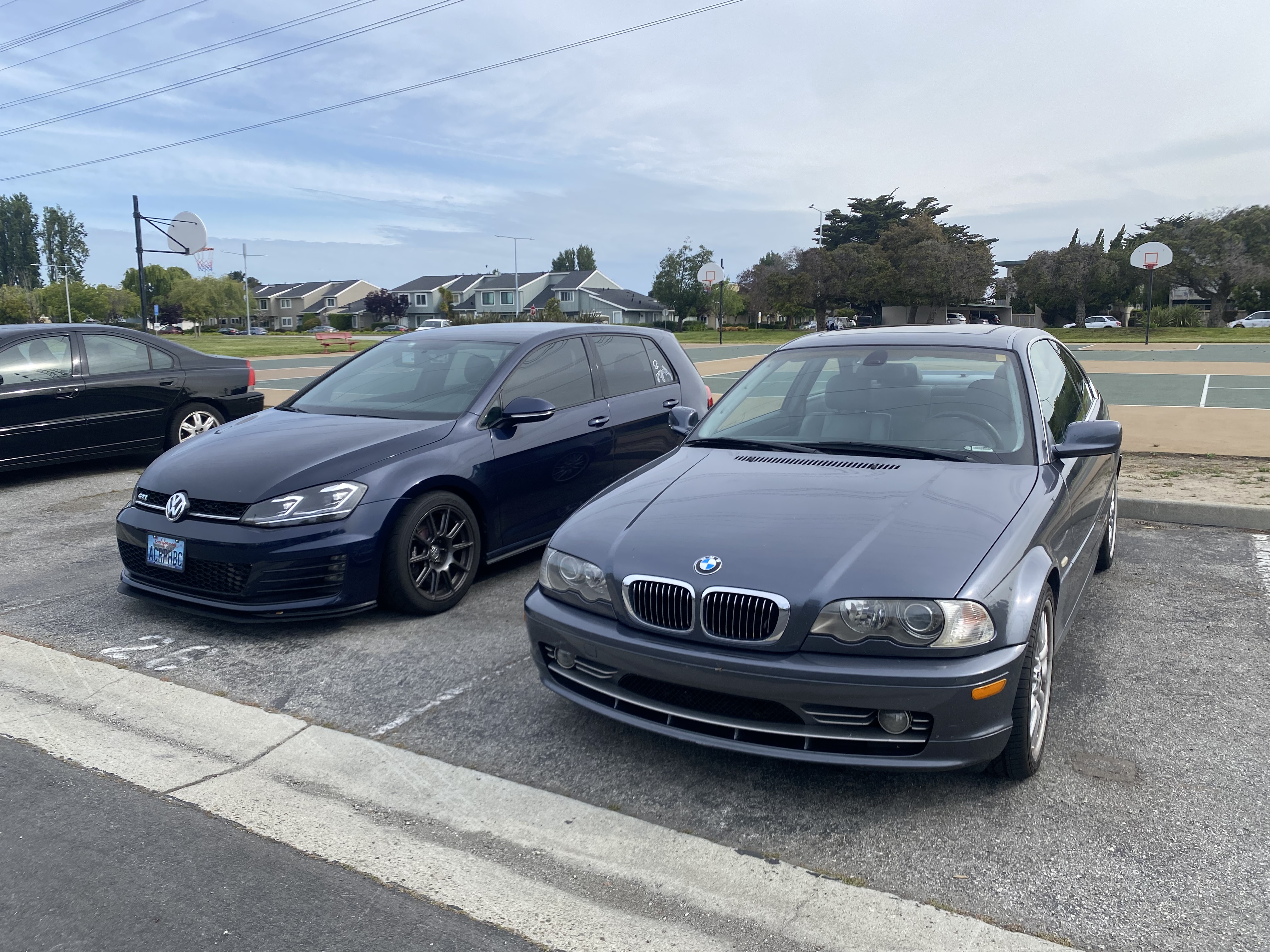 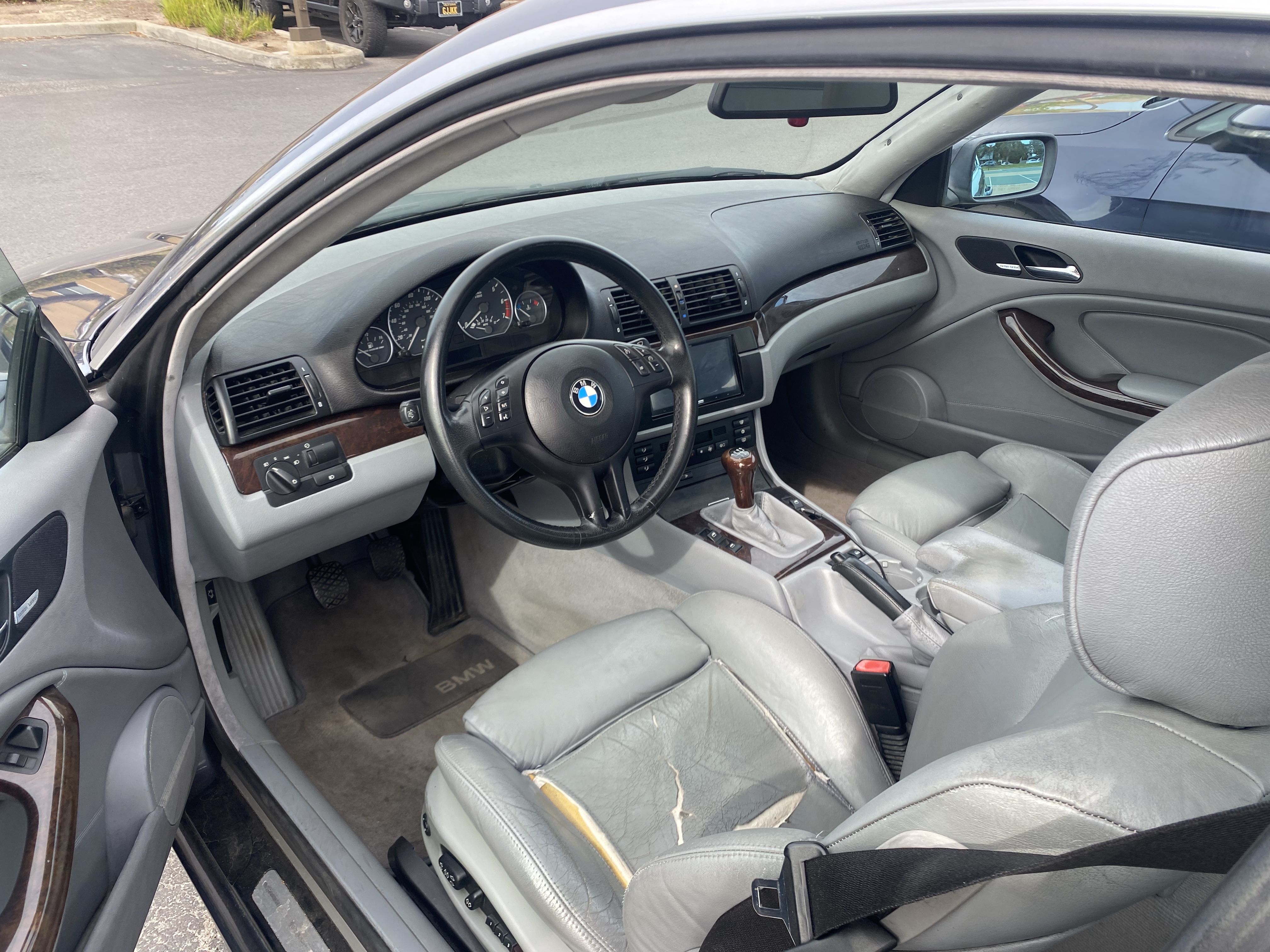 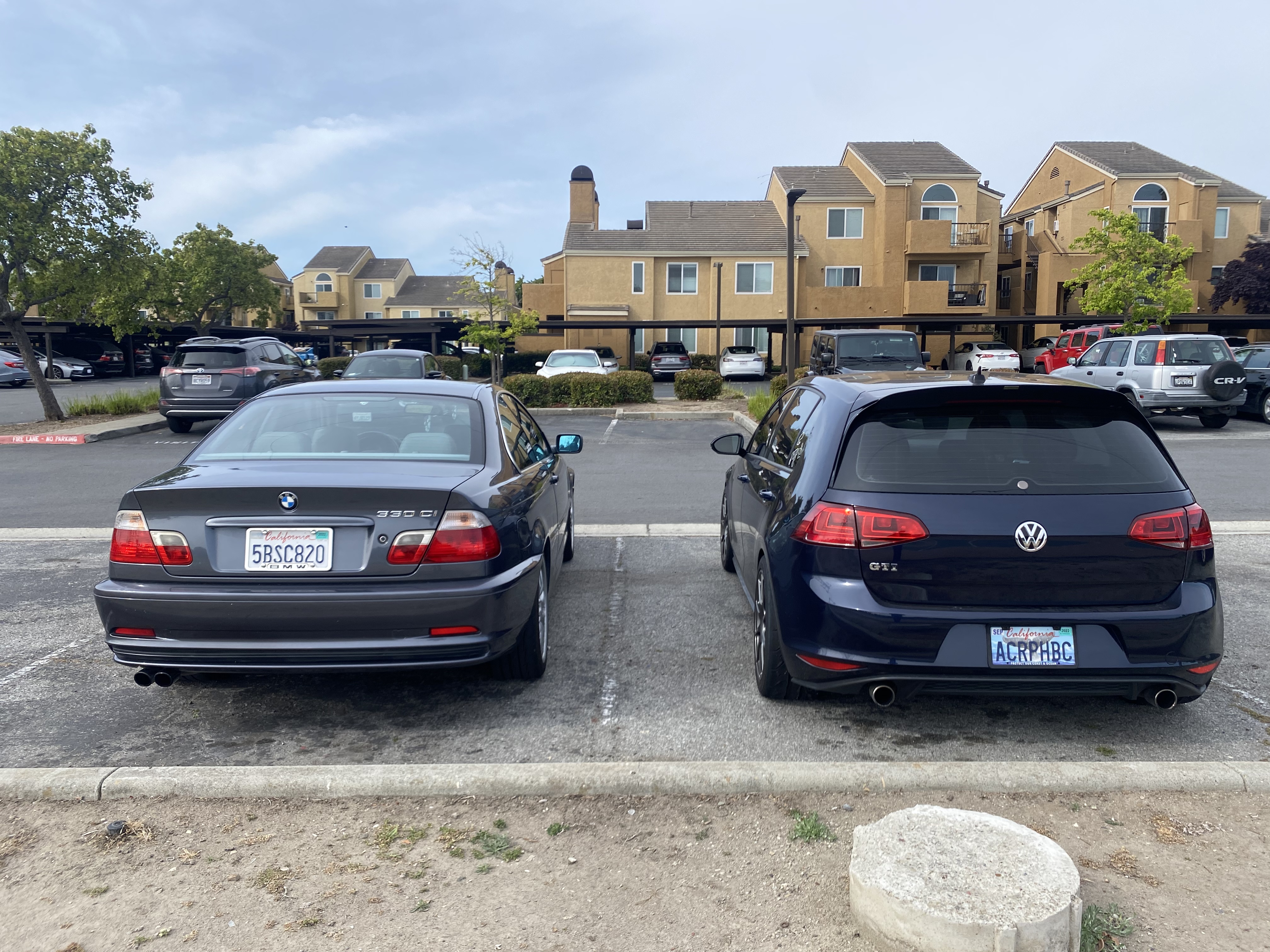 Will_ said:
Well, this week I put down a deposit on my next car, a GR86 in Neptune (premium package w/ MT). I told the dealer I would also take the car in Red, Silver, or Trueno (dark) blue. Its going to be minimum 3 month wait, likely closer to 6, but I figured best to get the deposit in now.

As such I will begin slowly parting out the GTI, keeping the necessary stuff for tracking for as long as possible. I have some parts of the car and ready to go now and will be posting lots of stuff for sale in the coming weeks. Let me know if you want dibs on anything. Things that will be coming off the car and approximate prices:

Probably some more stuff I forgot about.

I'm in search of the following parts to help w/ stock conversion:

This is going to be a fairly slow process as I will do aesthetic things first then performance mods last. Trying to do at least 3 more track days with the car, but might do 5-6 depending on how long the GR86 takes to come in. Reason I'm switching? Want to be better at RWD and driving stick. I think the GR86 will help me develop as a driver better than the GTI, and at the moment I don't use the practicality the GTI affords that often. I bike to work and pretty much just drive the car to the gym or on weekends. I thought about buying an SS 1LE but would prefer to save some cash for future expenses and have lower running costs.
Click to expand...

Just seeing this…interested in above if you come down to SoCal area for whatever reason. Have some stock pieces to swap if needed.

Will_ said:
Added a new car to the fleet last night.
Click to expand...

So jealous of this! I am constantly looking for nice high mileage e36s and e46s. I like your choice
Abundant smiles per mile
M

Will_ said:
Yes, and great, I’ll reach out when it’s ready to go.
Click to expand...

Hey man, hope you're doing well - I think I'm going a different direction with the downpipe. Good luck with everything!

Well, we traded our BRZ for a new MK8 today

No mods planned yet other than tint. Maybe some wheels/tires. Will be a daily as the incoming GR86 will takeover track duties. Initial thoughts: everything is much better in person than in photos, and the tech has been very easy to use so far. 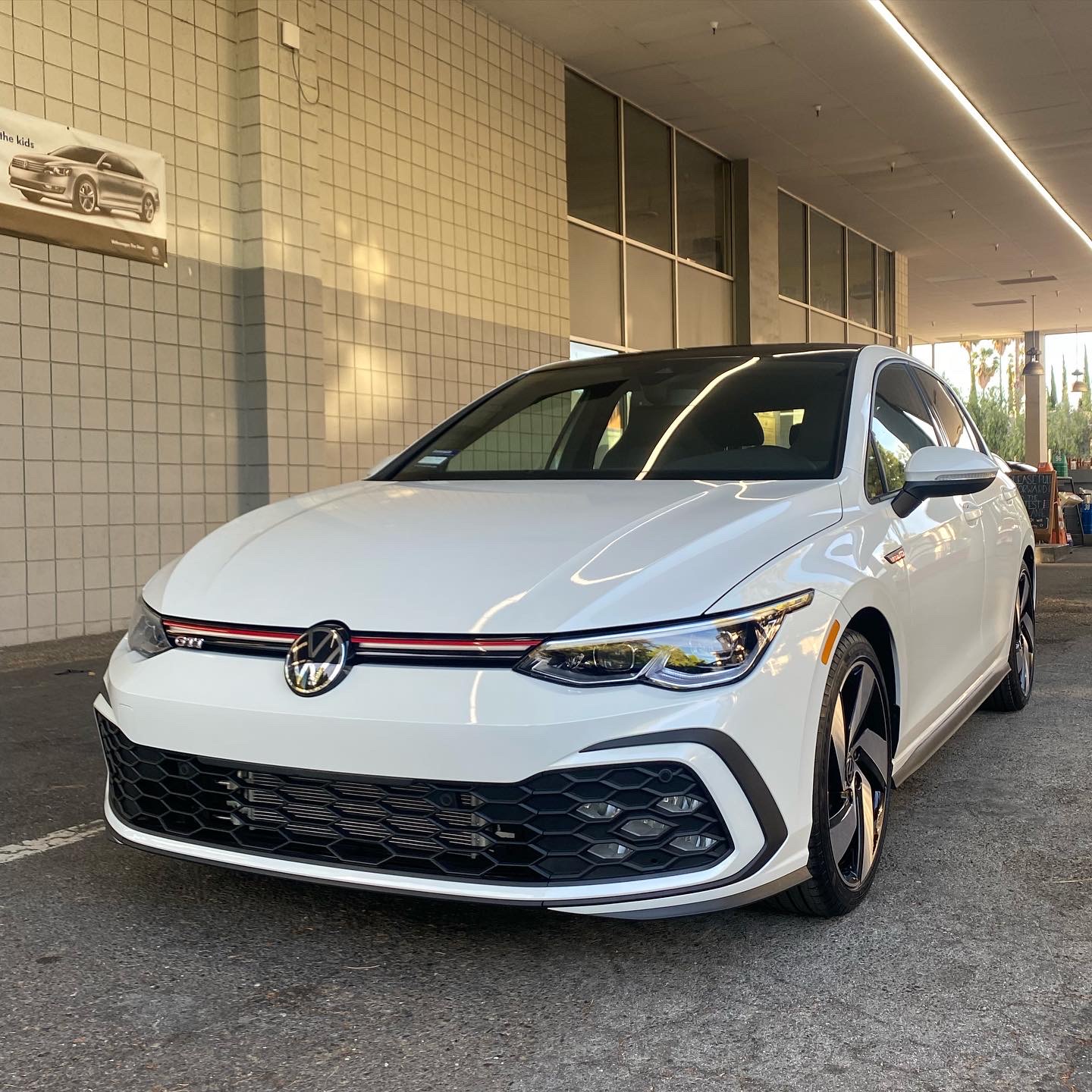 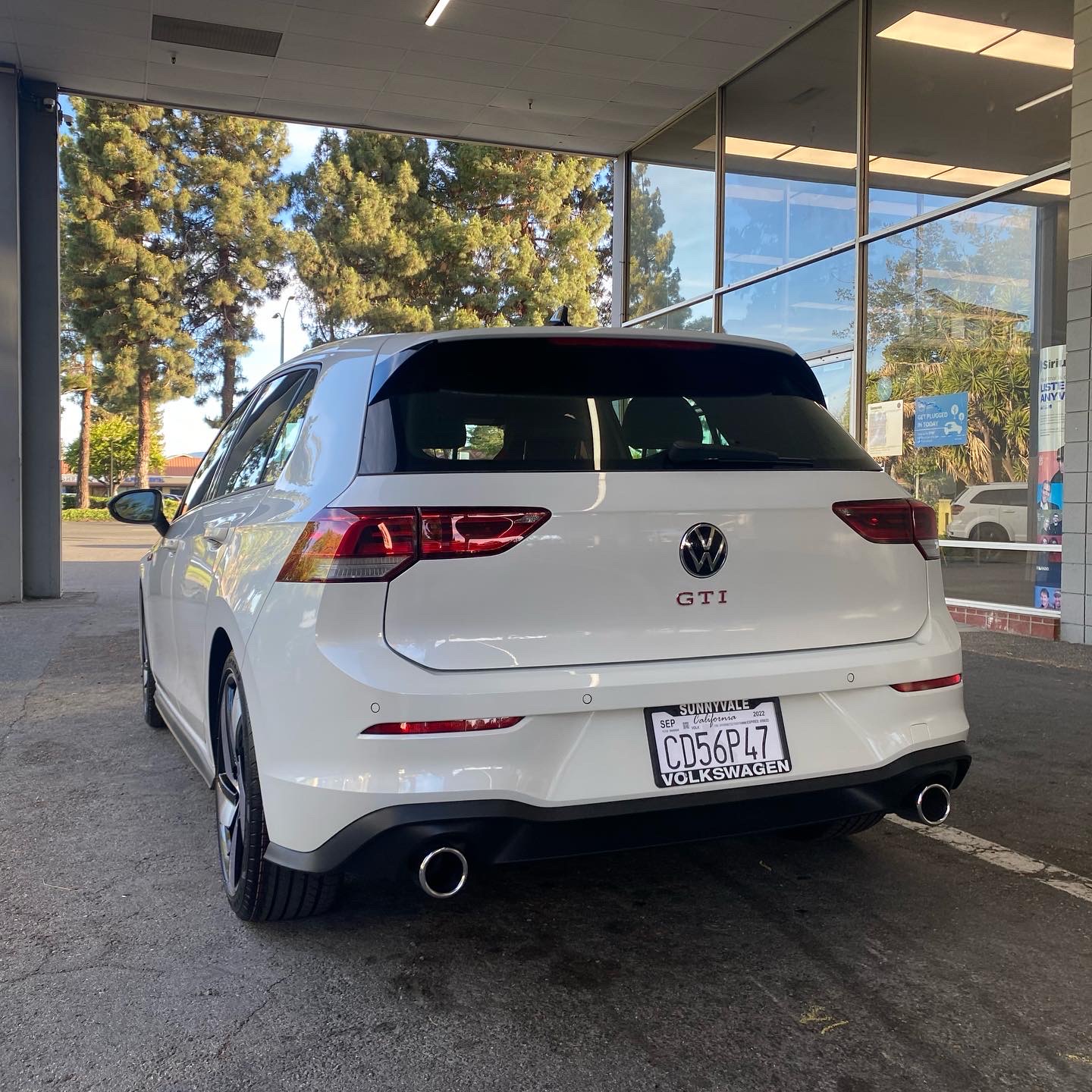 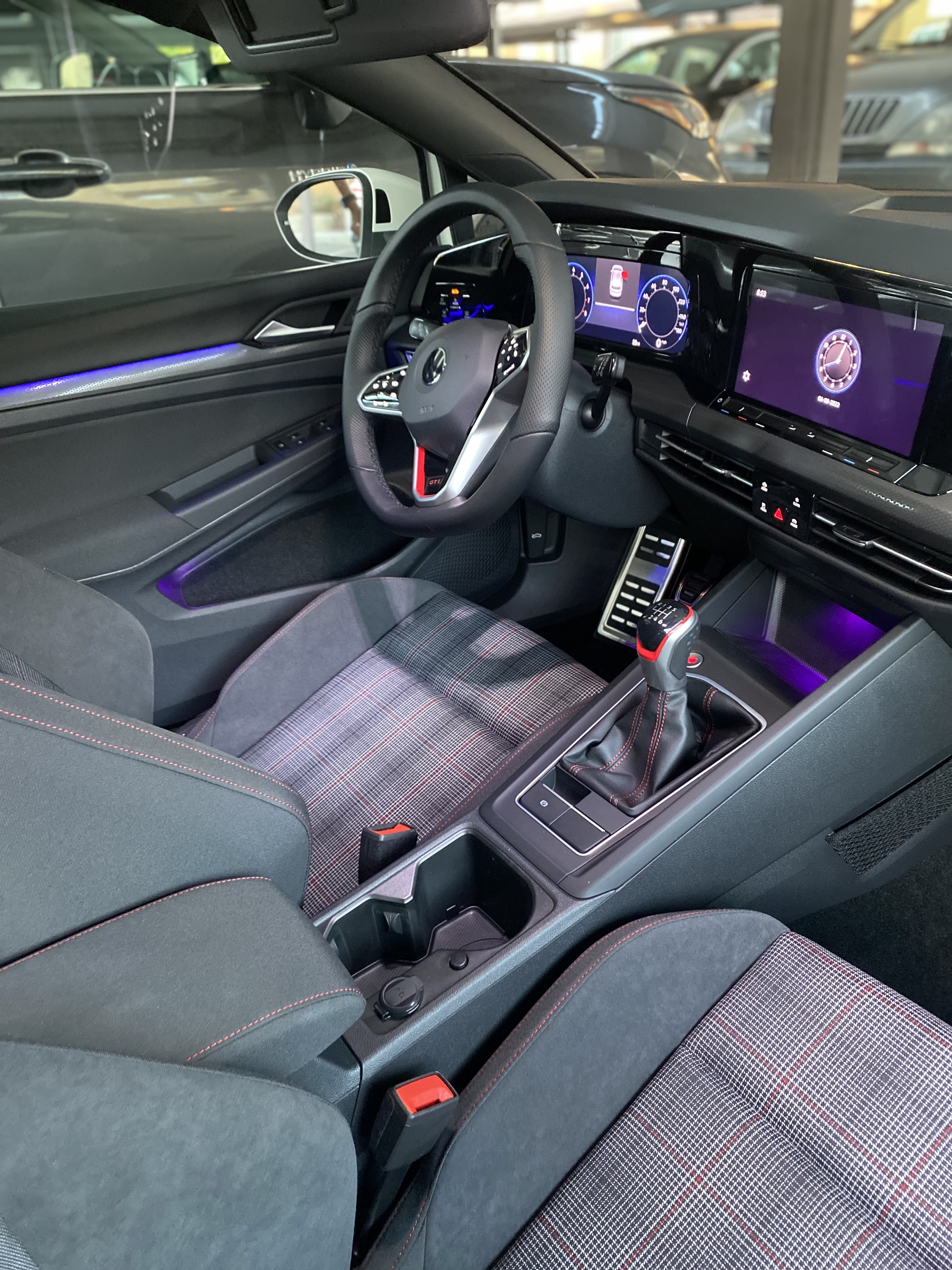 I can give you (free) the OEM business radio and telephone module if you want them.

Will_ said:
Added a new car to the fleet last night. This 2003 330ci has done 235k miles but has been well maintained by the previous 2 owners. It will serve as a fun weekend car and scratch the itch I’ve had for an BMW straight six after I sold my E36 328i a few years back. Needs a few cosmetic things, and probably brakes/clutch in a few thousand miles, but overall in good shape.

Quick fam pic. MK7 is being sold probably within the next week or two 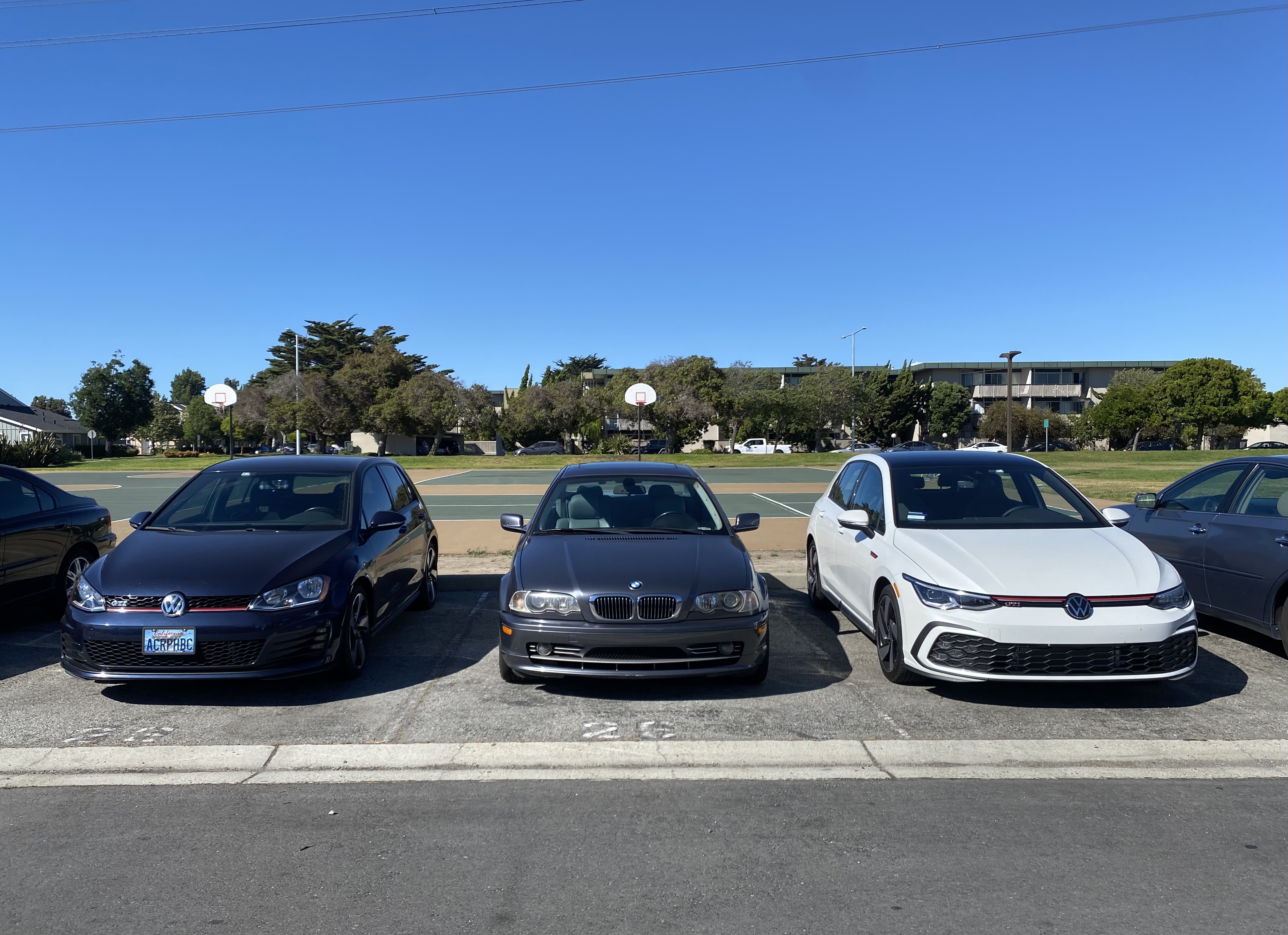 Well, this weekend I sold the GTI

I bought the car new in September 2017. Thanks to dieselgate and the pending 7.5 refresh, GTI's were hilariously cheap. I got nearly 8k off MSRP, picking it up for $21.9k. It was the first new car I'd ever purchased and, aside from a cheap BMW my friend talked me into, the first car I bought myself that I really felt invested in. 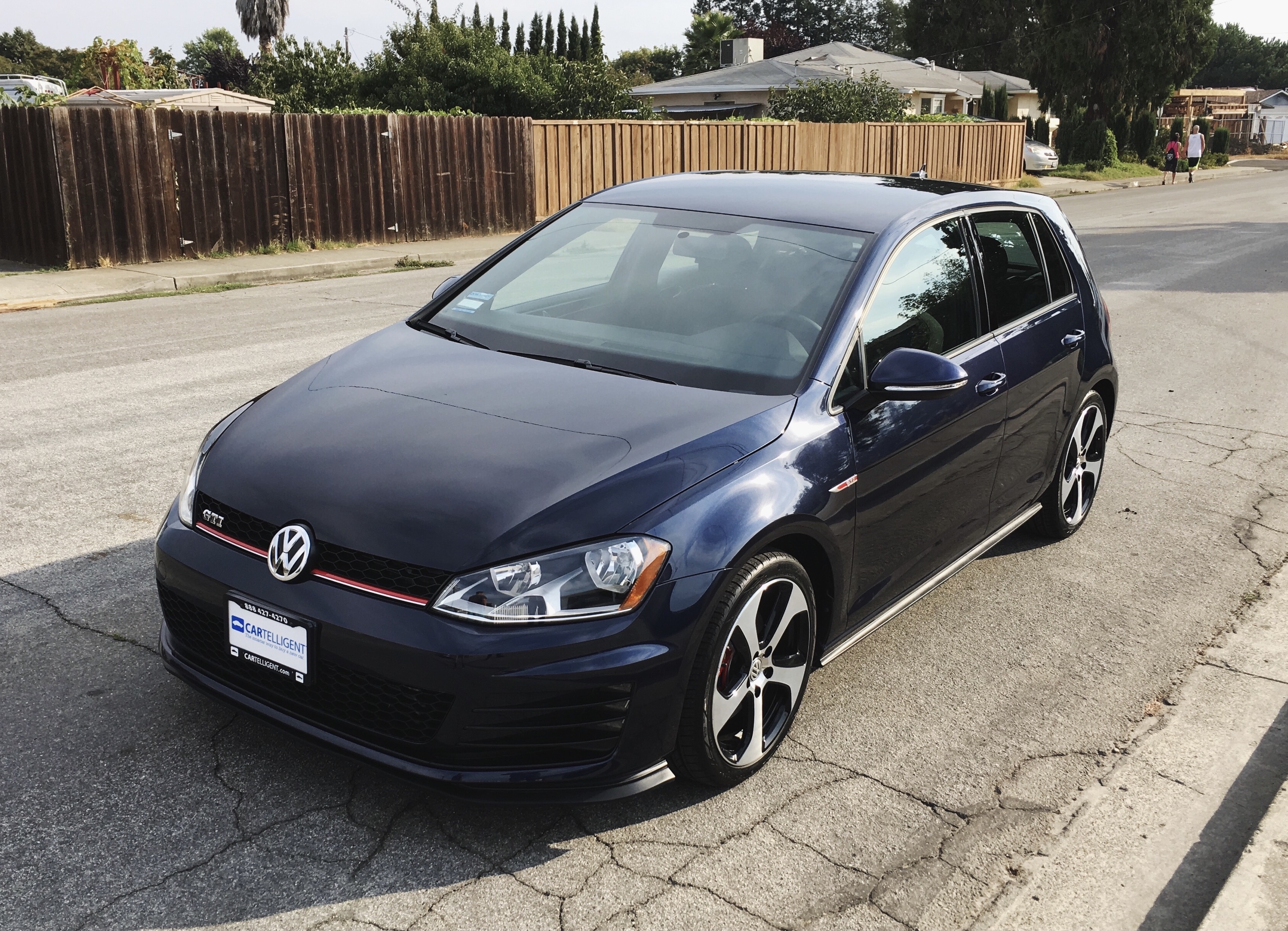 The first two years I drove it were full of lots of road trips, canyon blasts and commuting. I did a lot of basic mods: wheels/tires, APR stage 1 tune, lowering springs, muffler delete, rear sway bar, cheap aesthetic stuff. The car was quick in a straight line, fun on a canyon road, and a decent commuter, but at the time I didn't have plans of tracking it. I got a few speeding tickets being young and dumb, but eventually realized that driving fast on public roads just didn't really feel safe or appeal to me anymore. 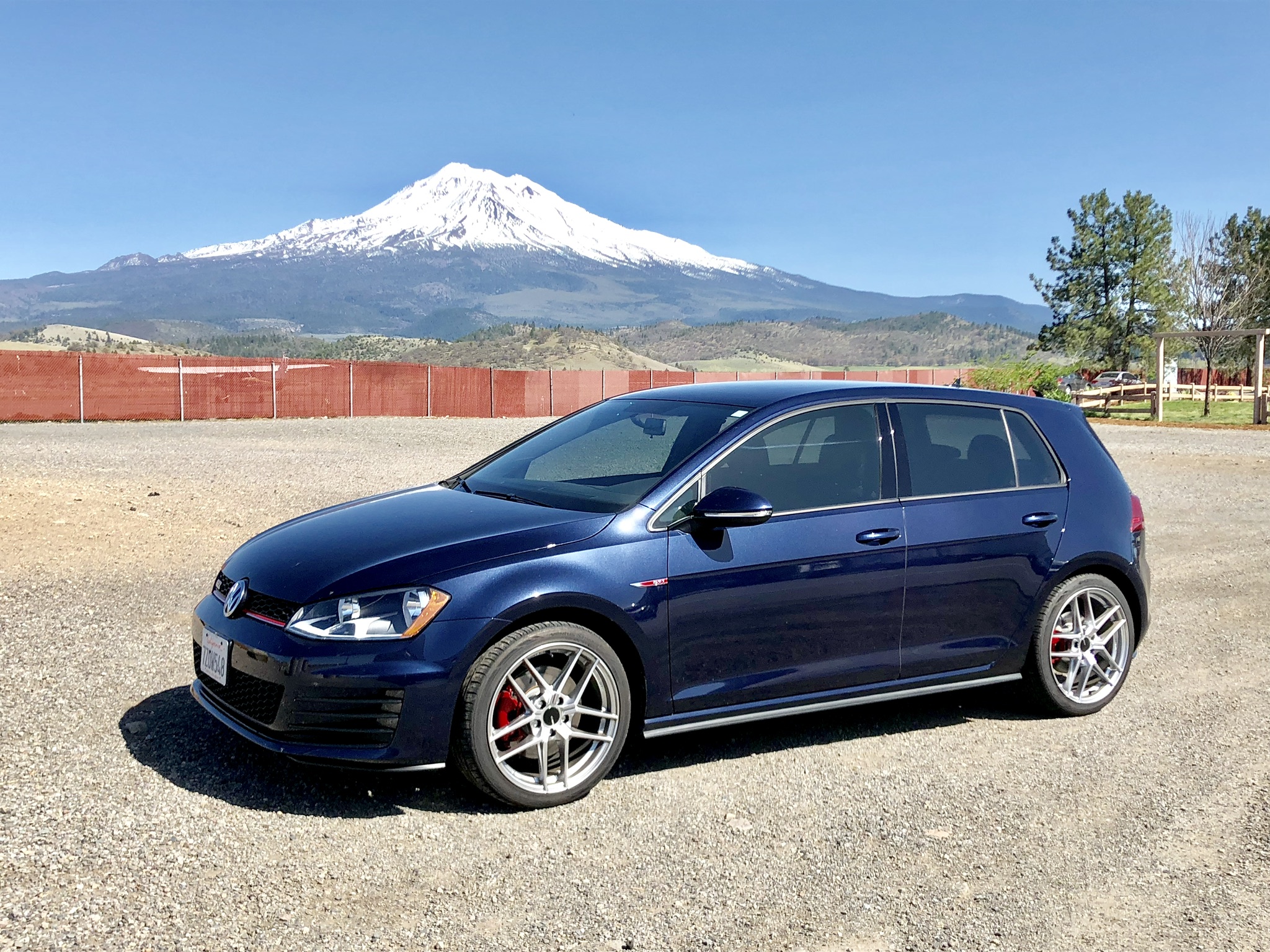 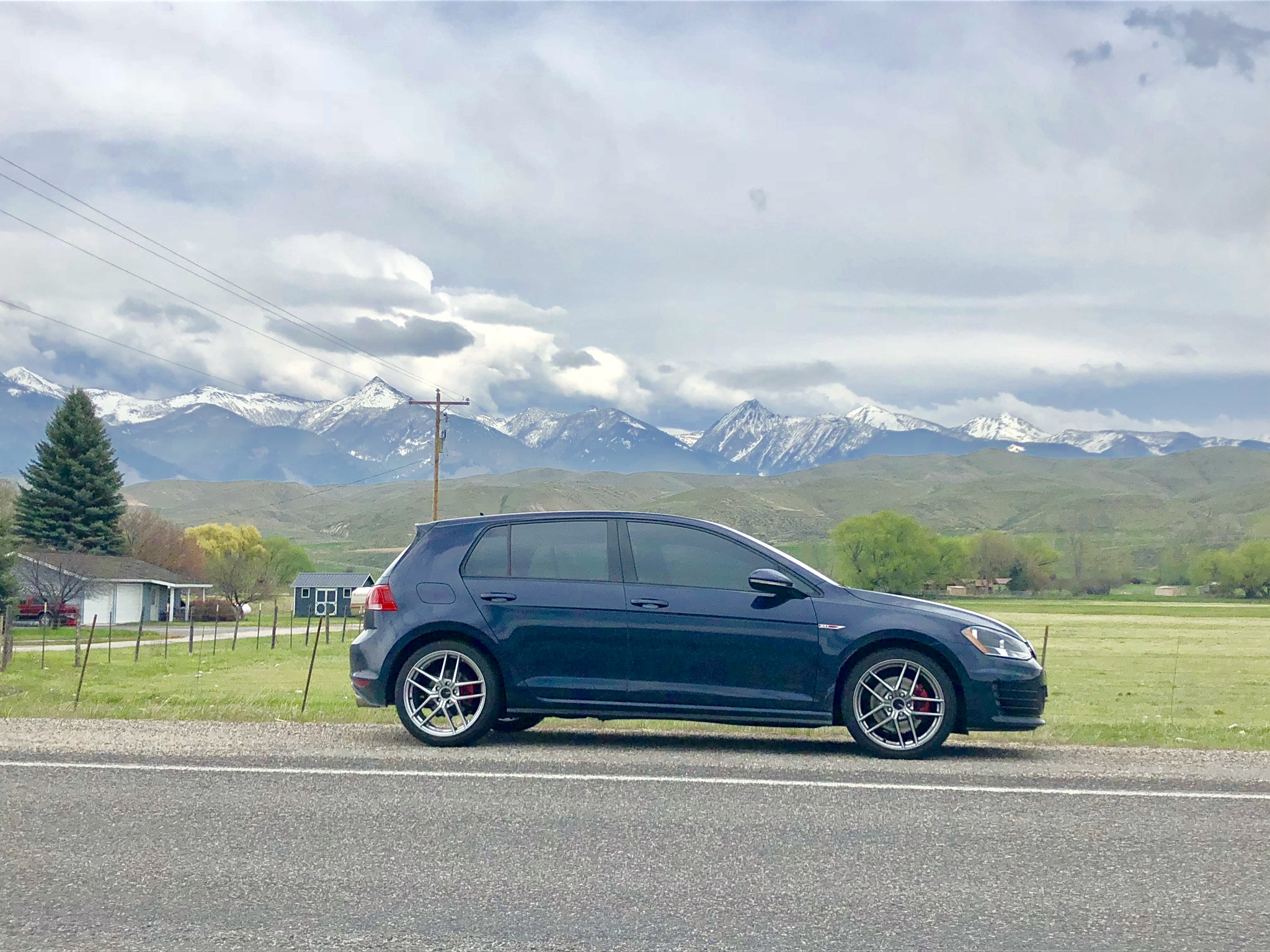 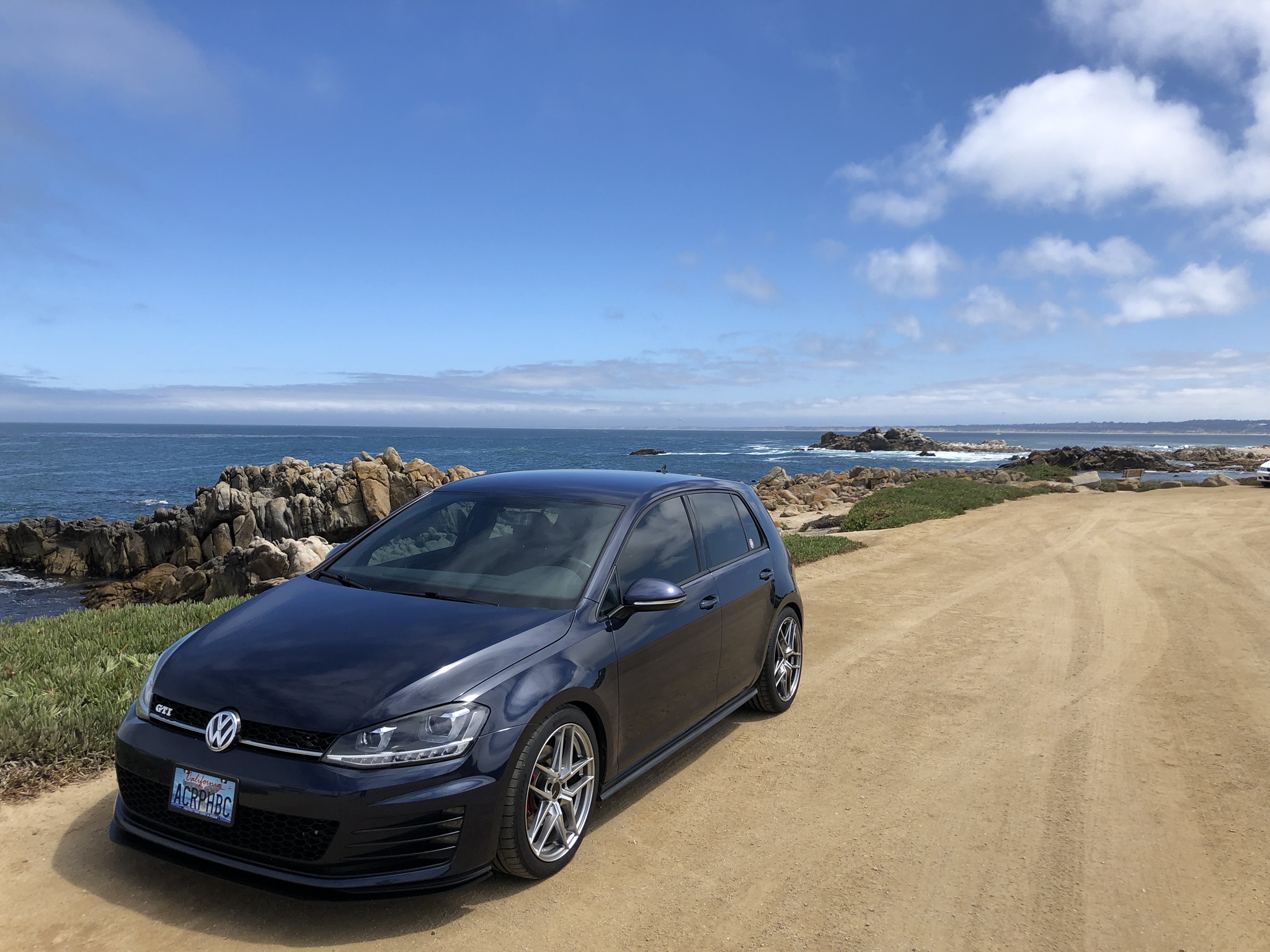 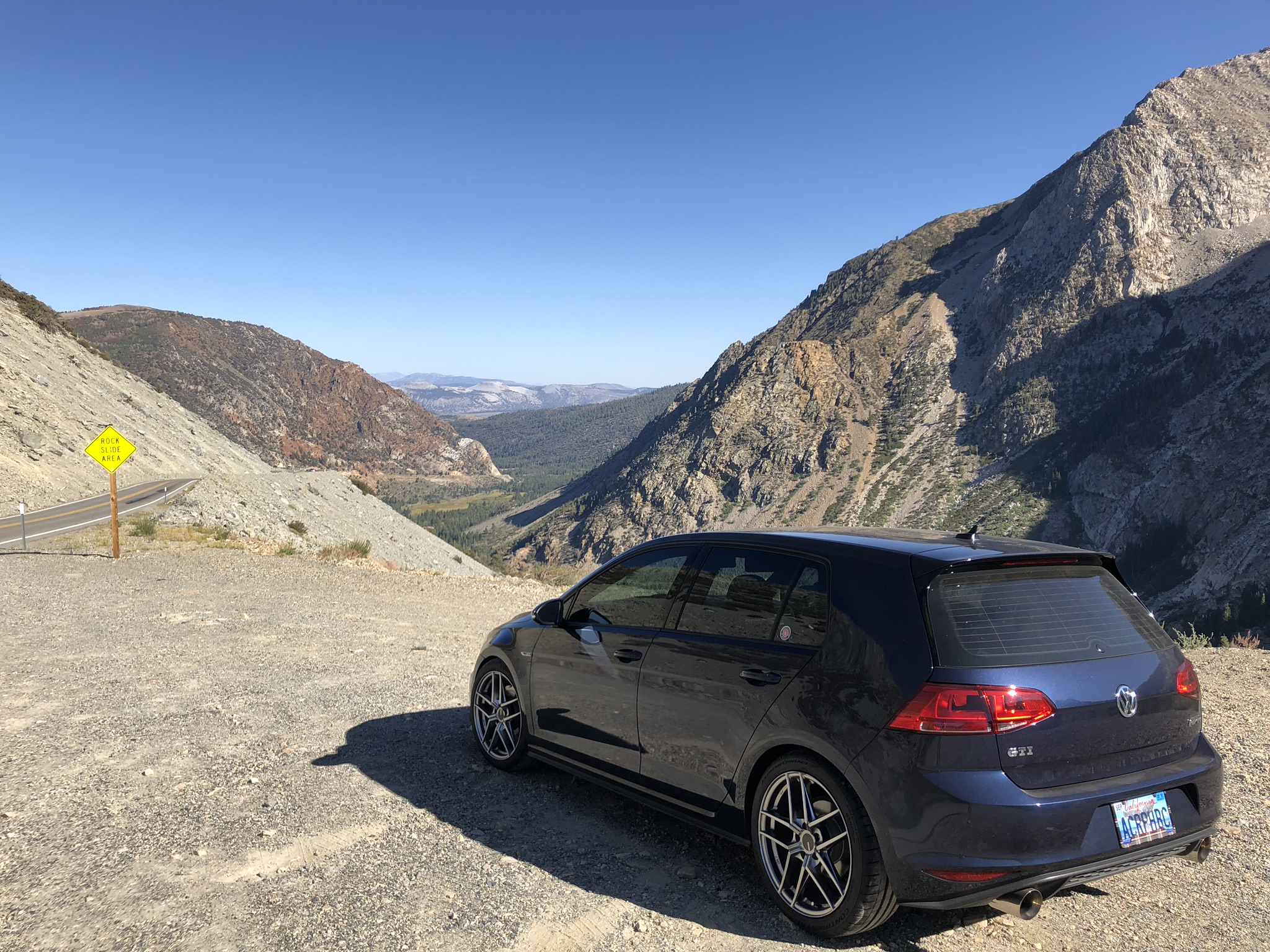 In late 2019/early 2020 my friend introduced me to autocross. I was always a fan of racing growing up, so it was something I'd always told myself I'd do, but never gotten around to it. After joining him a few times up at Thunderhill, I decided what I really wanted to do was track the car, so then my build goals took on a totally different form. 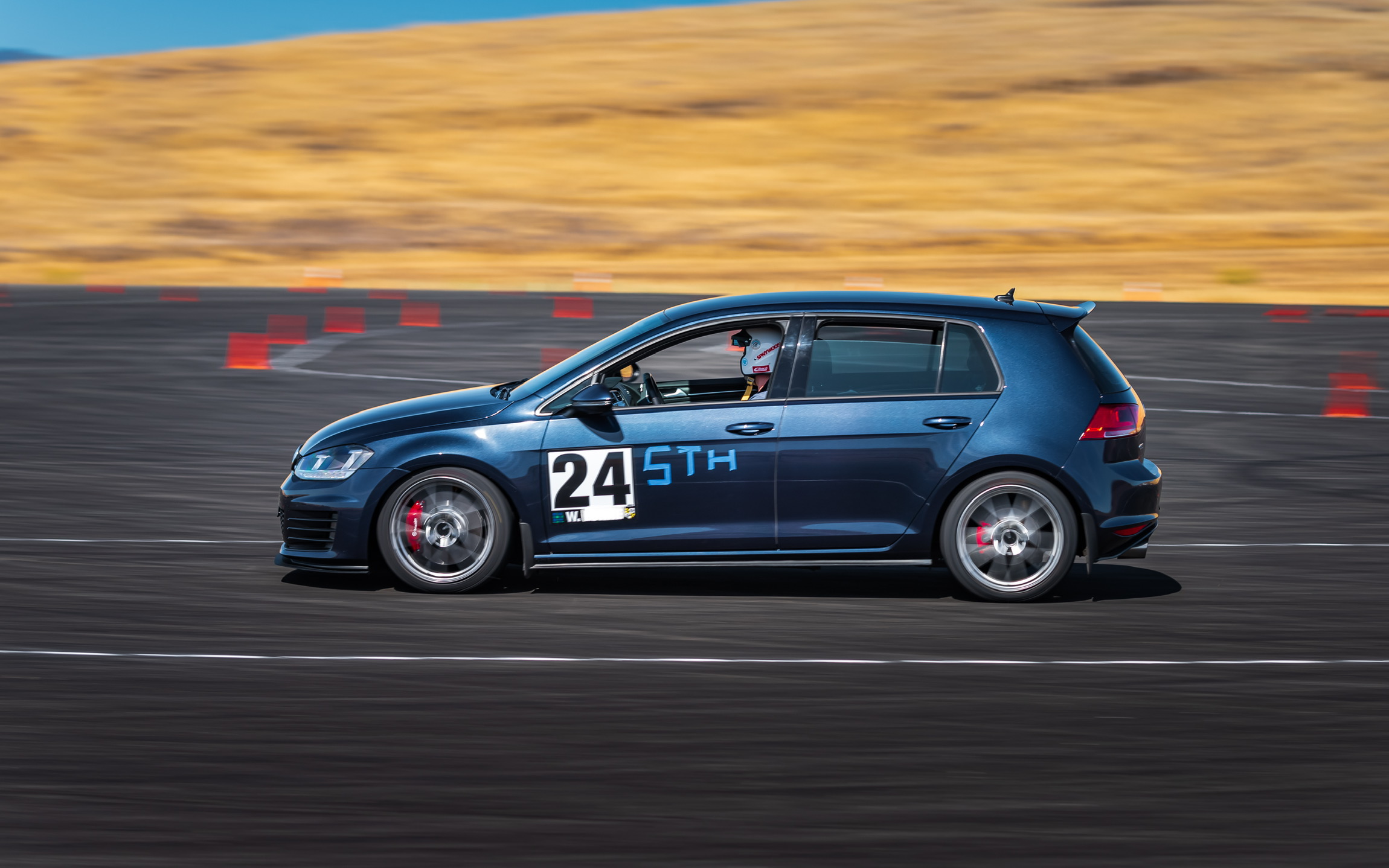 My first track day was June of 2020, running the Thunderhill 5 mile course. The car had a pretty basic setup. APR Stage 1, FMIC, Eibach RSB, APR Springs/Bilstein B8's w/ SuperPro camber plates, 235/40/18 Apex Advan V601, and Macan brakes w/ Ferodo DS2500. After my first track day, I detuned the car to stock power, thinking it would help me learn better, and also help with heat soak. I did my next few track days with that setup, and it was probably good to learn on a slightly less grippy tire and with lower power. I ran Thunderhill East, Laguna Seca and Sonoma once or twice each. I think my lap times were about 2:16 for T-Hill, 1:55 for Laguna and 2:04 for Sonoma. I remember thinking it would be hard to beat Cliff's times (a couple seconds faster per track) but that was my main goal. 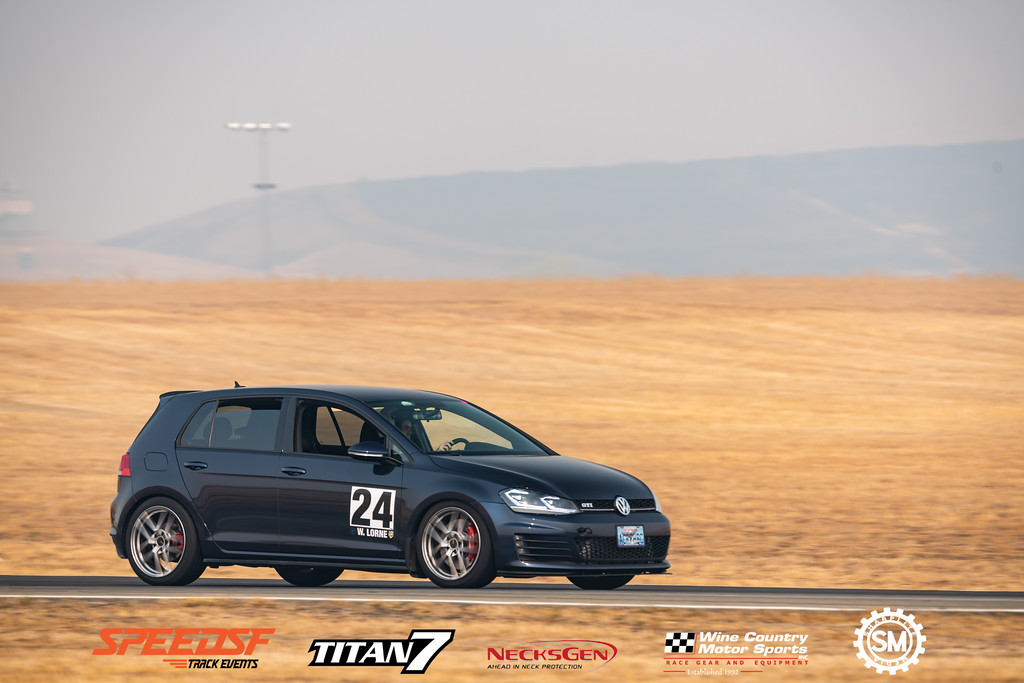 In late 2020, around Nov/Dec, I swapped my old suspension out for EQT Coilovers, had the strut towers enlarged, and moved from 235s on a 8" wheel to 255's on a 9" wheel. I also added a JB4 to get a bit more power back. Through 2021, with more experience and a better setup, the lap times started to fall. I got below 2:10 at Thunderhill, around 1:47 at Laguna, and below 2:00 at Sonoma. The added power of the JB4 was nice, but I still was having issues with oil temps, so I decided to take a look at EQT's tuning, since in addition to having the extra power, I saw they also modified the cooling tables to help cool the car faster. 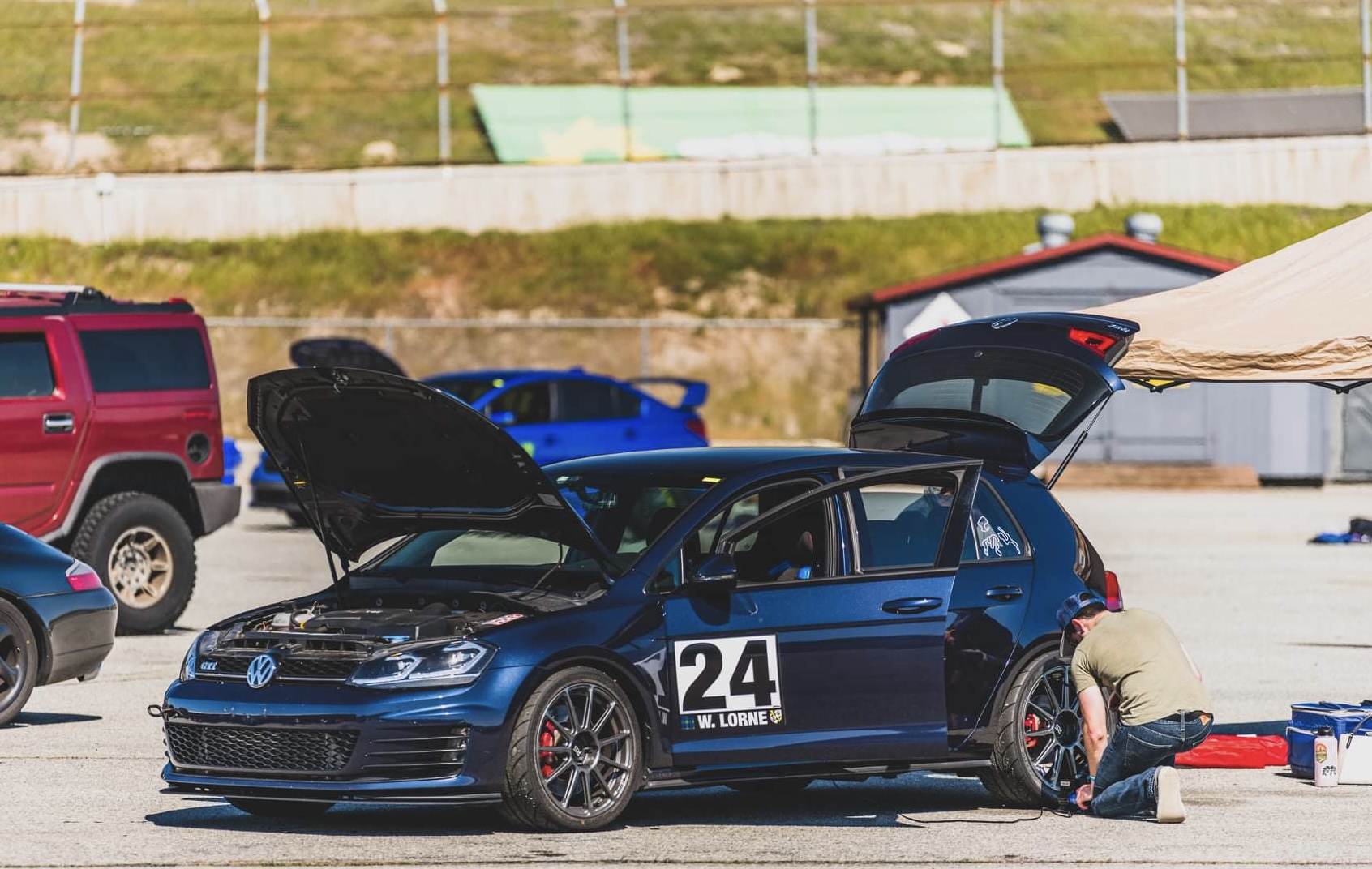 The final iteration of my track build was complete by the end of 2021. Still on EQT coilovers, but now with nearly 330hp thanks to the EQT Stage 2 tune, a full harness/HANS device, Stoptech ST60 brakes, and grippy Falken RT660 tires. I set personal bests at Thunderhill East and West, both of which I believe are still records for MK6/7 GTIs. Although I wasn't able to make it back to Laguna and Sonoma with the setup, I believe my old times are still records there, and I'm confident I could've taken off 1-2s at each. The car still had some cooling issues, which I would've taken on this year, but ultimately I made the decision to sell the car and move on to a GR86. I think after the two years of tracking it I just realized that it wasn't the best platform to continuously be sinking money into, and I really wanted to learn to be quick with RWD and a stick, the opposite of what I had been driving. With used car values being so high, it ended up being a no brainer. I put the car back to stock and sold it to Carmax for 19k, less than 3k what I paid for it 5 years and 56.5k miles ago. 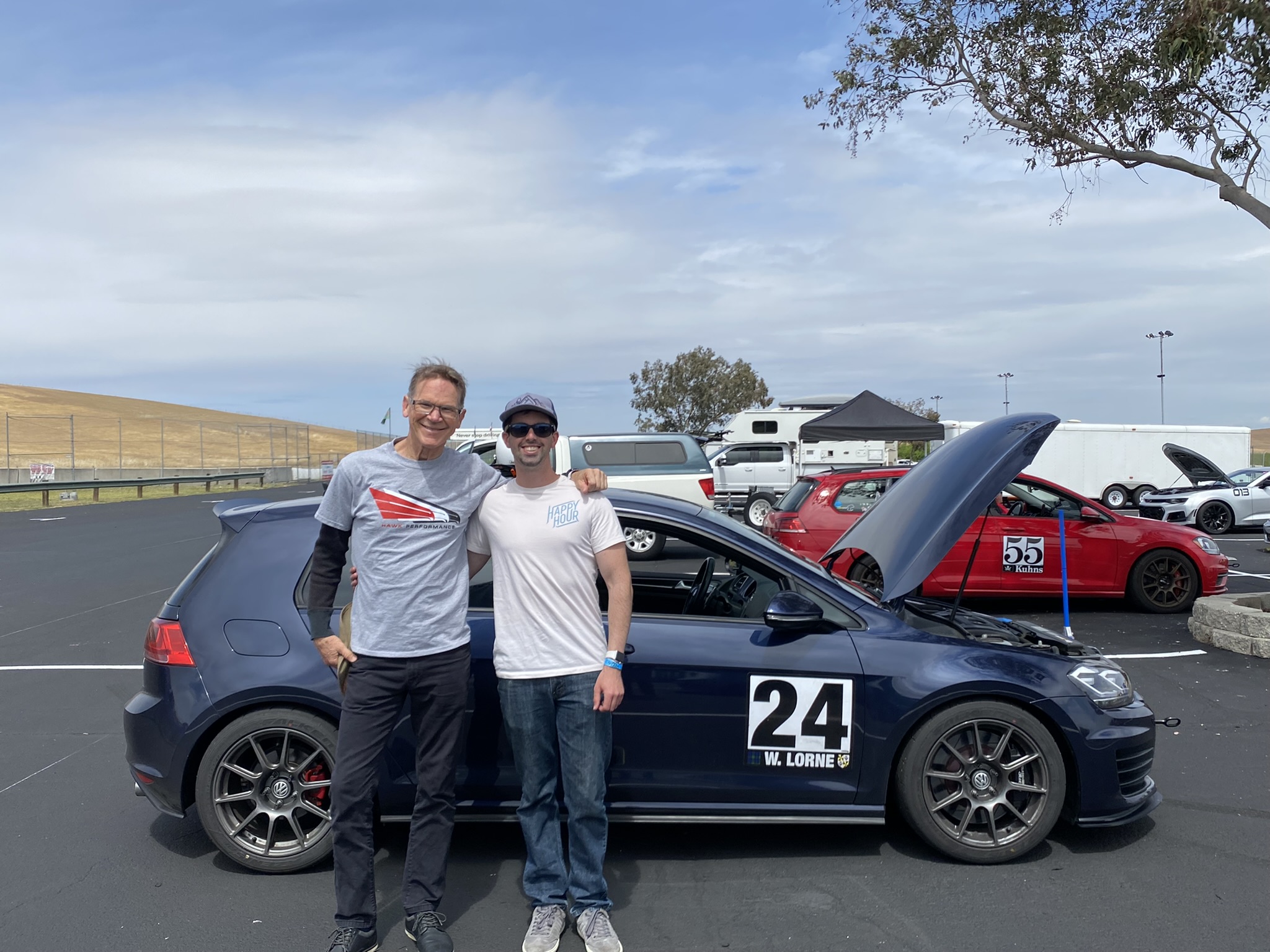 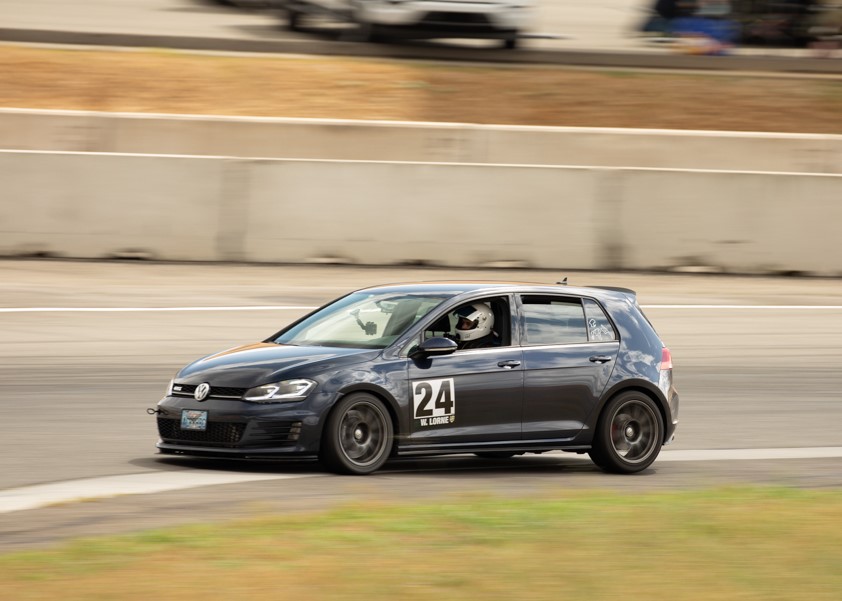 Overall - I couldn't be happier with my ownership experience. The car never let me down or gave me any issues (that I didn't cause), and it was just an incredibly reliable and practical car. If I learned anything, it’s to develop a vision for the car first, then buy the highest quality parts you can afford. IE, just do it right the first time around. Thanks to this community, I met lots of great people, got to track and work on the cars with them, and made friendships that will endure beyond my ownership of this car. I think the biggest highlight of the last few years was having 13 (!) GTIs/Rs assembled at Laguna Seca for a track day last year. That was a fantastic day and probably the biggest gathering of Golf's at a track that has happened on the West Cost in a while. At the end of the day I just wasn't using the car's utility, and with a new MK8 in the fleet, I could spare something less practical. I actually just got news today that my '23 GR86, premium MT in Neptune blue is on the way, so I should be getting it in about a month. Luckily, I still have a GTI to drive, when I inevitably miss the MK7.
Last edited: Jul 6, 2022
2017 GTI S DSG Night Blue Metallic - Build Thread
Daily turned track build
​

Well with Randy Pobst as your instructor, of course you broke all records

The GR86 arrived today. You’ll find me back at Laguna/Sonoma/Thunderhill in about a month. Already got parts piled up my living room 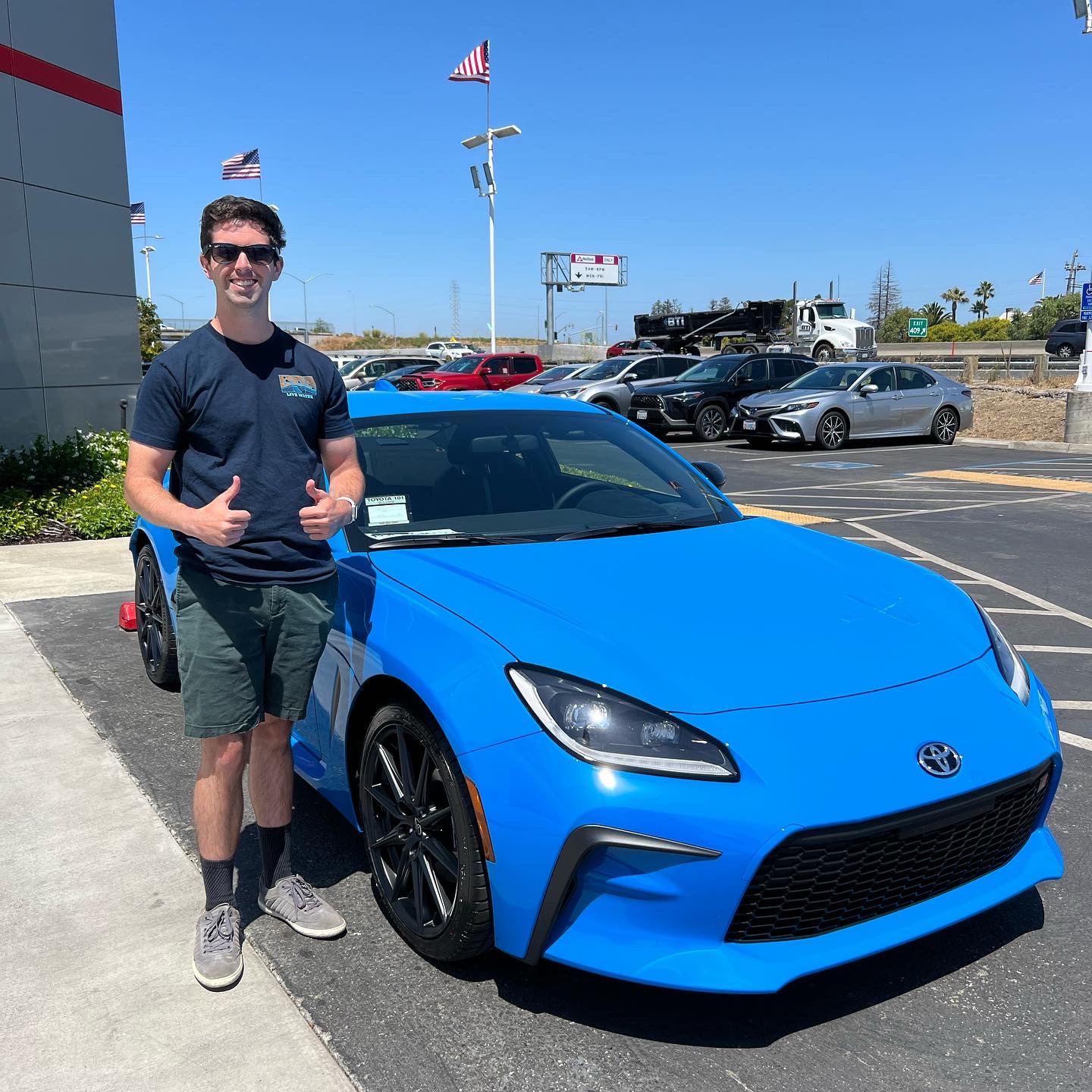 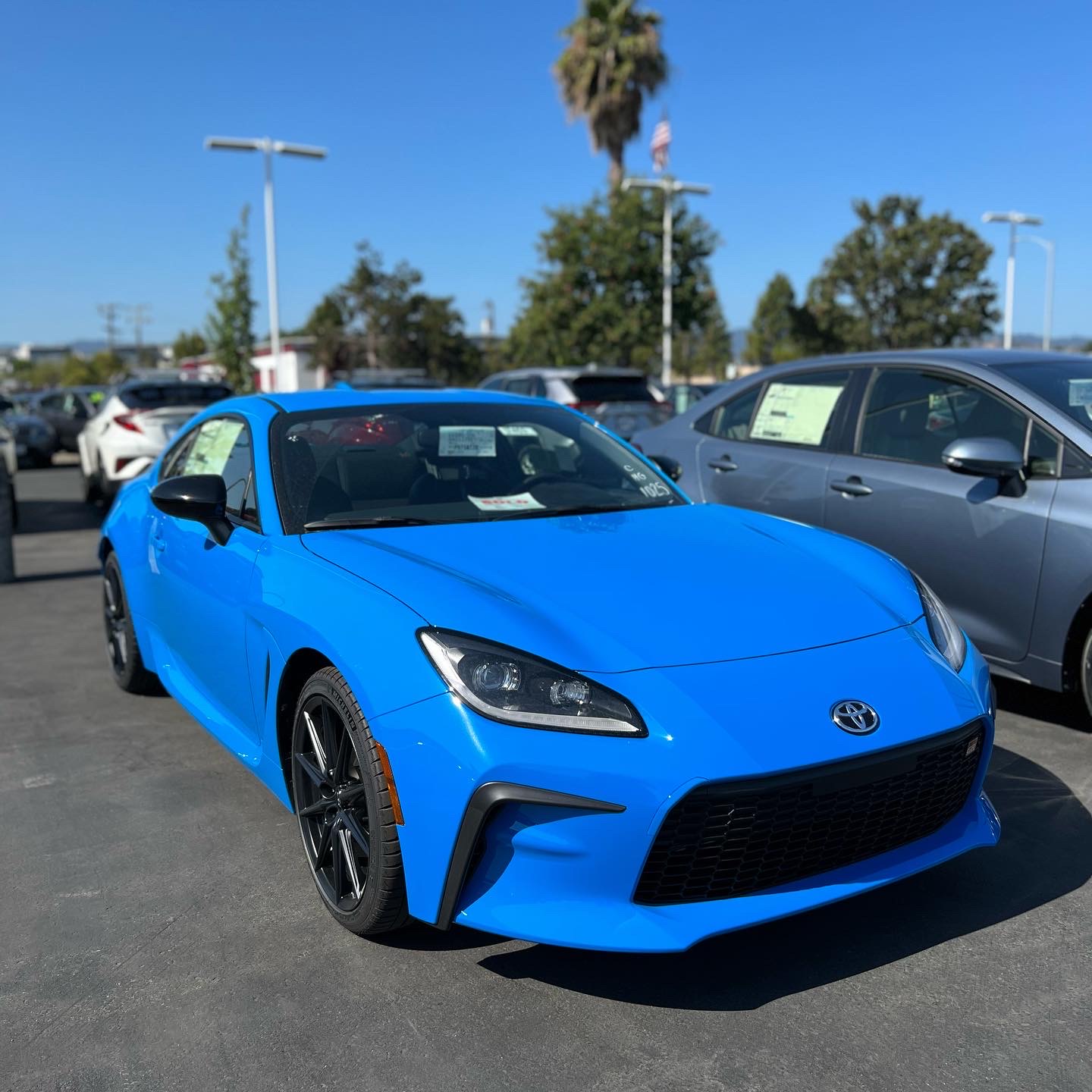 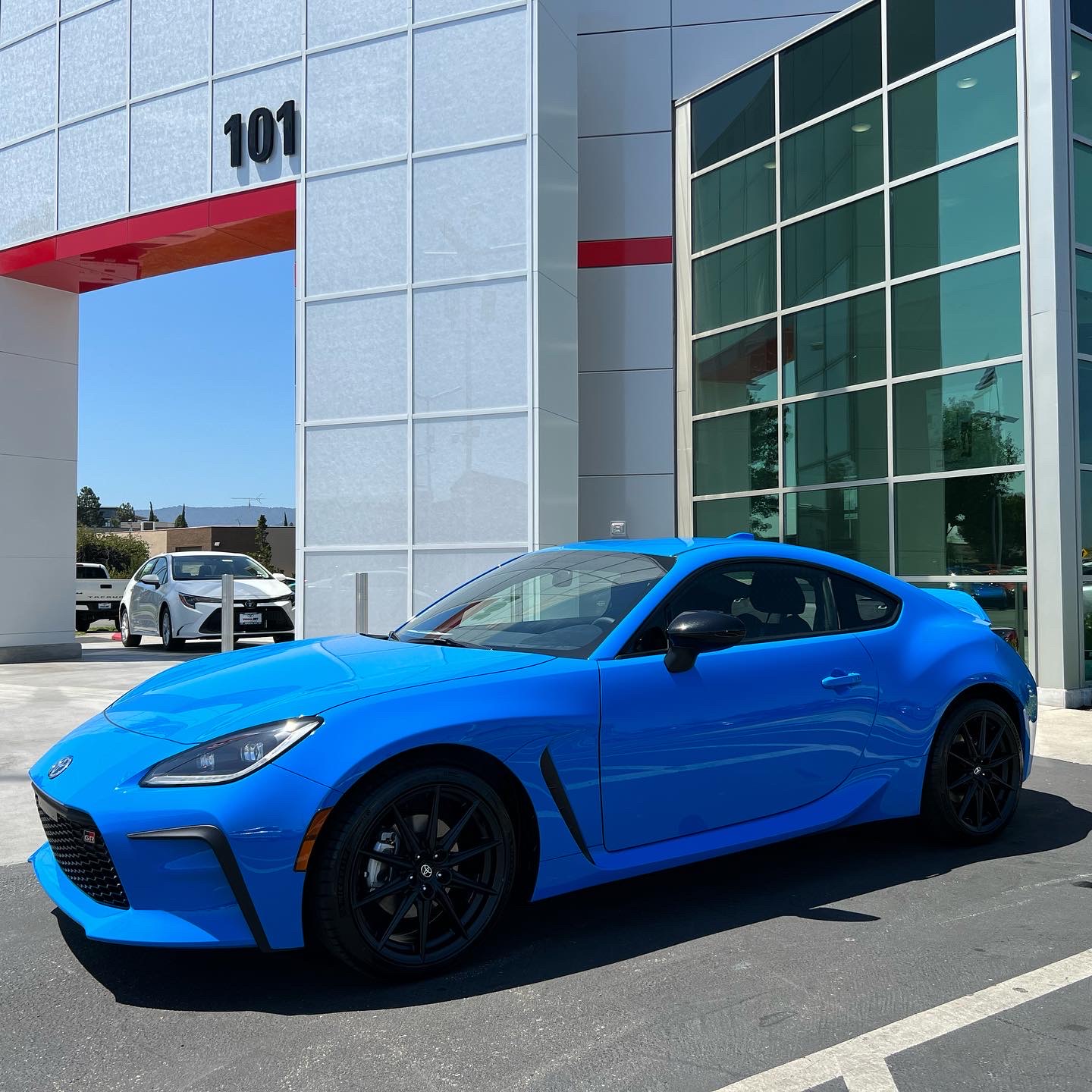 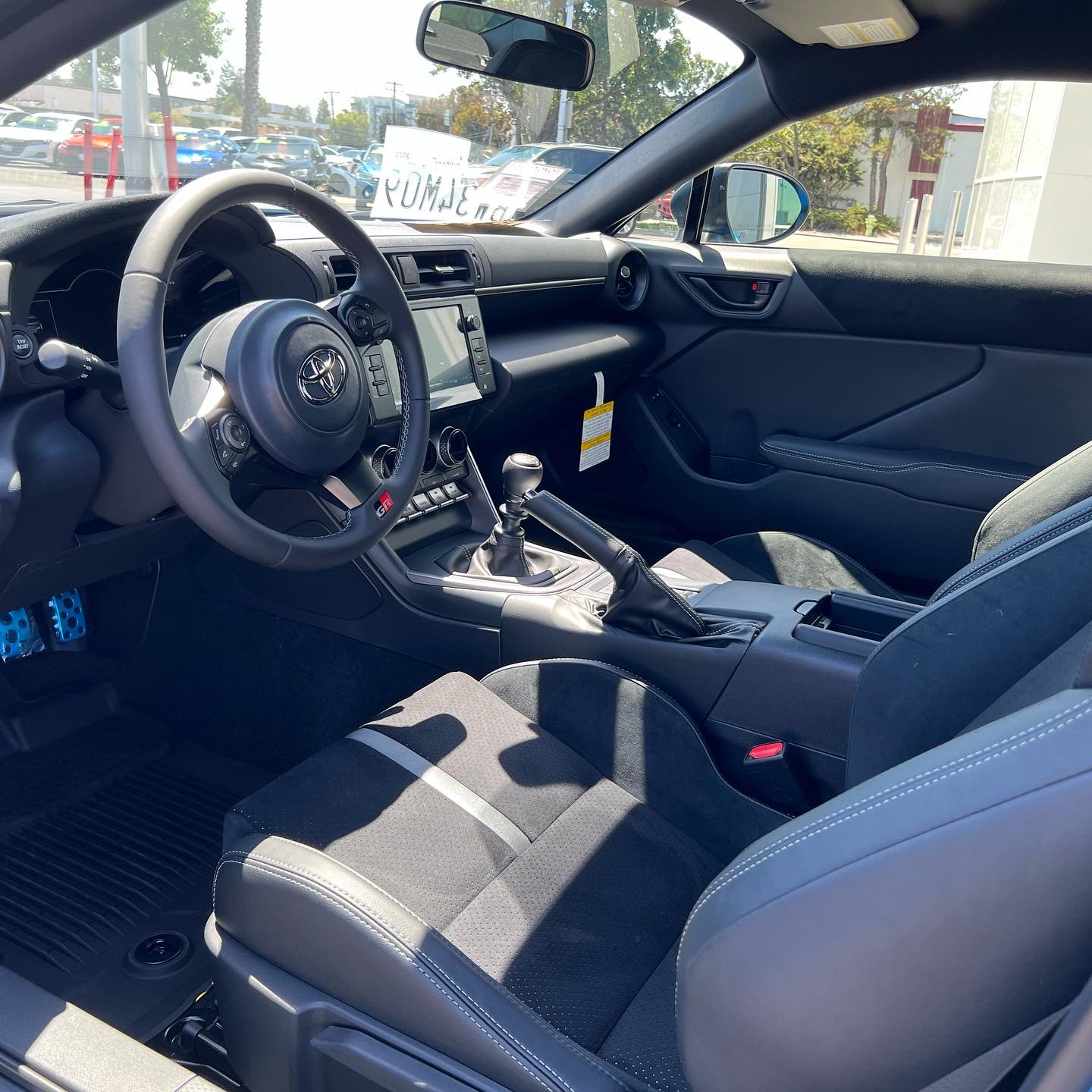 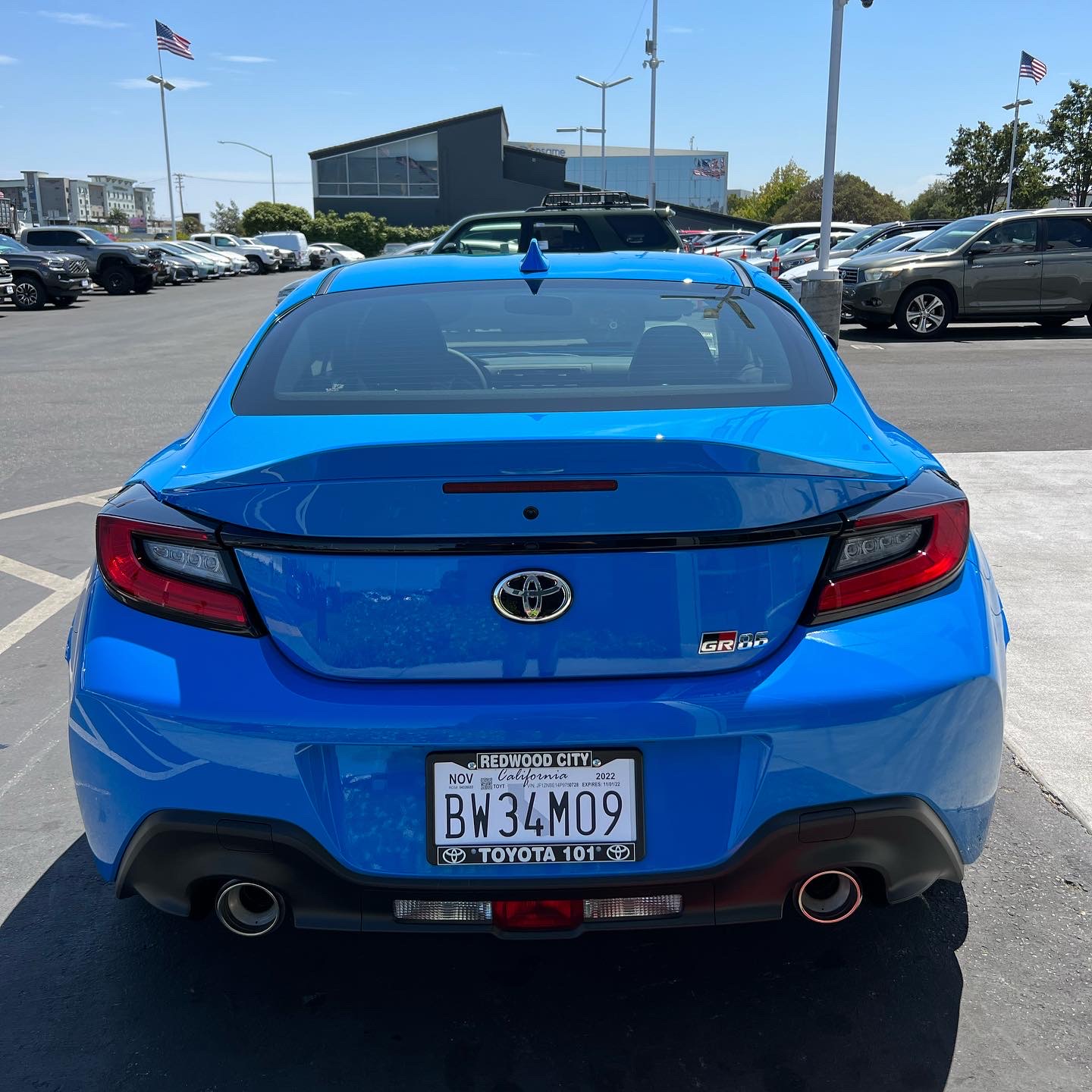