Track Night in America at The Ridge

Just signed up for my first track event! Going to The Ridge for a Track Night in America event on May 26th.

I was happy to see there are 6 events there this year. Anyone else planning on going or care to share their experiences at the Ridge?

Thanks! I'll report back after the event.

Well track night was a blast and the car did great! The event was last Thursday and we did get a bit of rain (of course the two days before were beautiful). I was in the novice group as this was my first time on track. I've done a few autocross events in the past but that's it for performance driving. Traffic was a bitch getting there from Seattle which I should have planned better for, but I made the novice briefing just in time. After the briefing we did two paced laps following our instructor for the day. The elevation changes at the Ridge make things really interesting as there are quite a few blind corners and crests where your car will briefly lose grip. On a few of the early laps I was pretty late on the turn in for T10 as it's right at the top of the hill. This led to some sloppy driving but nothing beyond that. Once I noticed the cones on the left side that helped a lot.

We had three 20 minute sessions in total with briefings in between. The briefings were pretty informal, just reviewed any mistakes that happened (e.g. point-by on a black flag) and our instructor answered any questions we had. My car has the mods in my signature, but I also installed new pads, rotors, and fluid before the event. Rotors are Zimmermann OE replacement blanks, front pads are Porterfield R-4, rear pads are Porterfield R-4S, fluid is Motul RBF600, and I left the dust shields on the car. Since it was my first time on track and it was wet I definitely did not push the car to its limits. There were only a couple times when the ABS kicked on very briefly. One of those times was braking into T1 as I got up to just over 120 mph on the main straight. Our instructor was surprised with how quick the GTI is, he was there in a supercharged BRZ (said 270 whp) and I would pull on him in the straight sections. Once I explained the downpipe and tune he wasn't surprised anymore I checked tire temps and aired down a bit between sessions, highest pressure I saw was 40-42 psi on the fronts which I aired down to 35 before the last session. Highest oil temp I saw was 235F. I kept the traction control on and left the car in sport mode to shift itself as I wanted to focus on learning the track and things were quite slippery. The EQT DSG tune did great on track, there were only a few occasions where I thought it would be in a different gear, but it quickly adjusted.

I got lucky with not having too much traffic when I was out there. This was nice as I was able to build some rhythm as I learned the track in the later sessions. I think our group was somewhere around 15 cars. Was a rush to get out there for the first time and push the car, I could feel myself coming down off the adrenaline once the night was over. My plan is to get out there again this summer, leaning towards the August 8th event.

Prior to the event I watched the video below to get some pointers which helped to not go in blind. Would recommend for anyone else going to the Ridge. Hope to see some fellow Mk7ers out there next time! 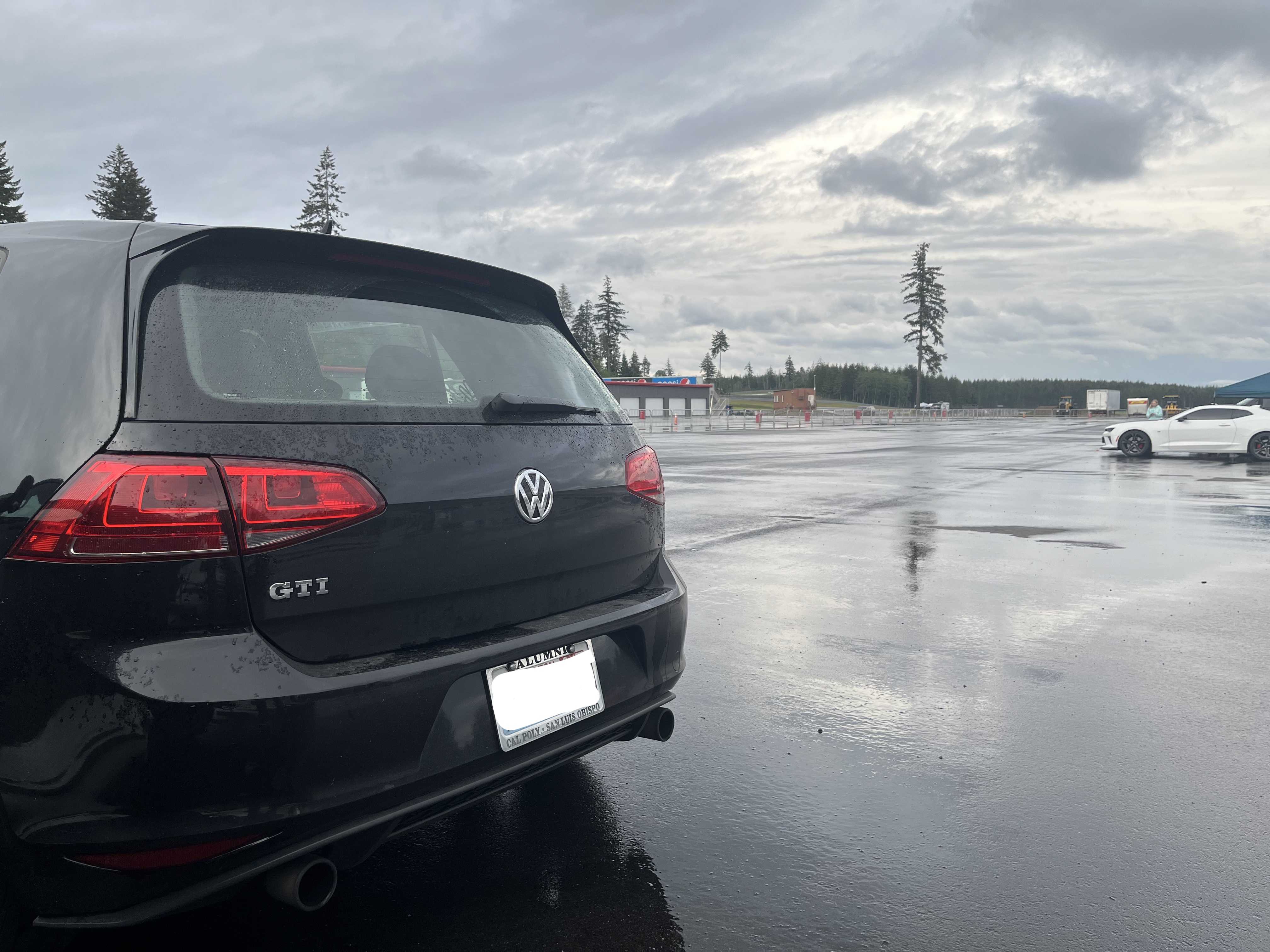 Action shot from the on-site photographer: 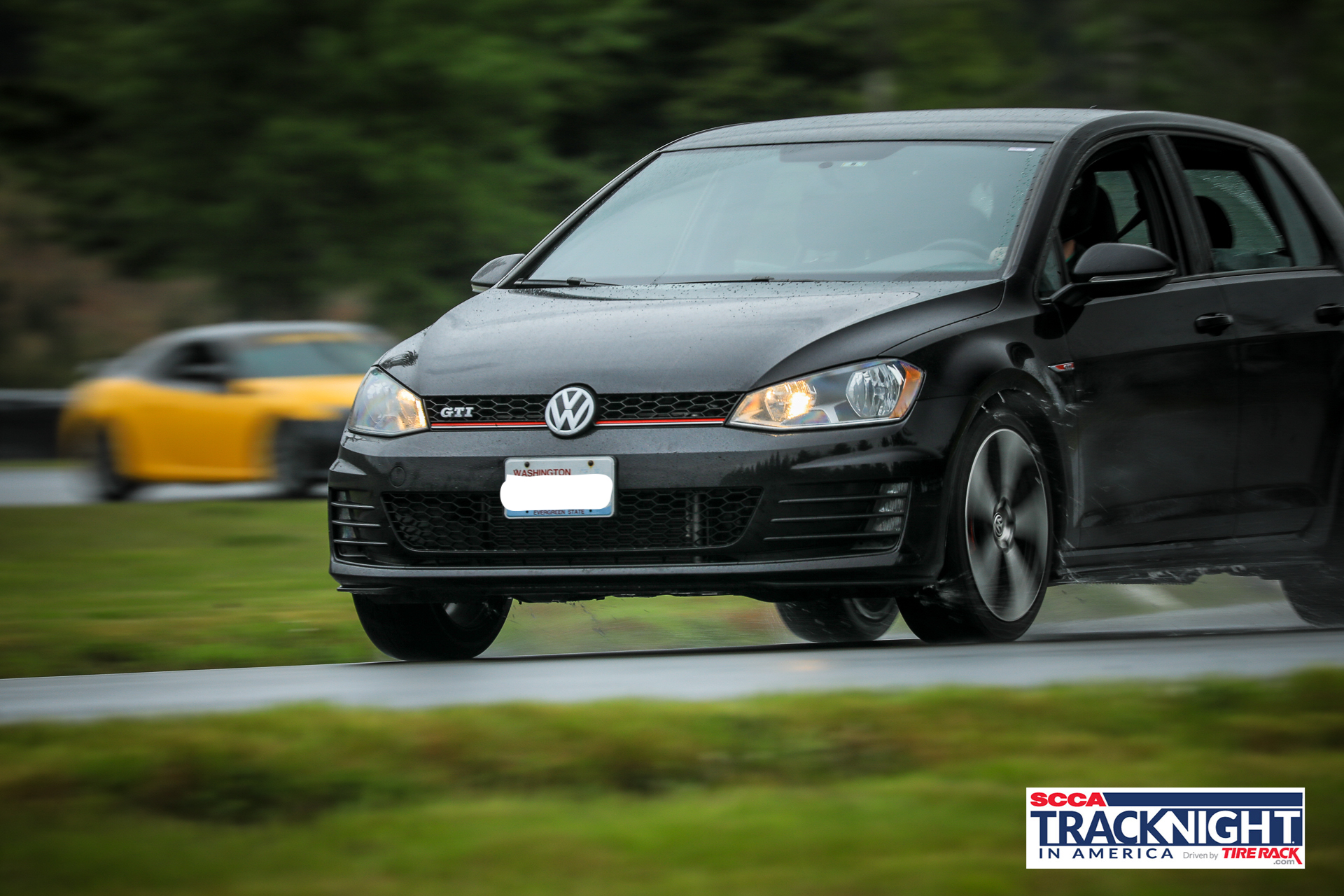 Signed up for the last TNiA event of the year at the ridge! Here’s the link for anyone interested.