When I was looking for this information about a month ago I couldn't easily find it so I decided to post this for others who are trying to find a way to bypass the Fender amp to install aftermarket amps, DSPs, etc.
The back of the MIB2 with Fender has a blank where normally the speaker wires would be in a non Fender system. There are eight pins for four passive speakers. In the absence of the proper VW connector I used four small speaker lead connectors. They are the perfect size and I plugged them into the pins in the back. I only needed a left and a right channel for my DSP. In the photo below the connectors are plugged into the rear channel right and left. I later realized that by doing this I would not be able to receive phone calls as the bluetooth calls play only through the front speakers. So, while both front and rear are full range signals, you should tap into the front left and right channels instead. 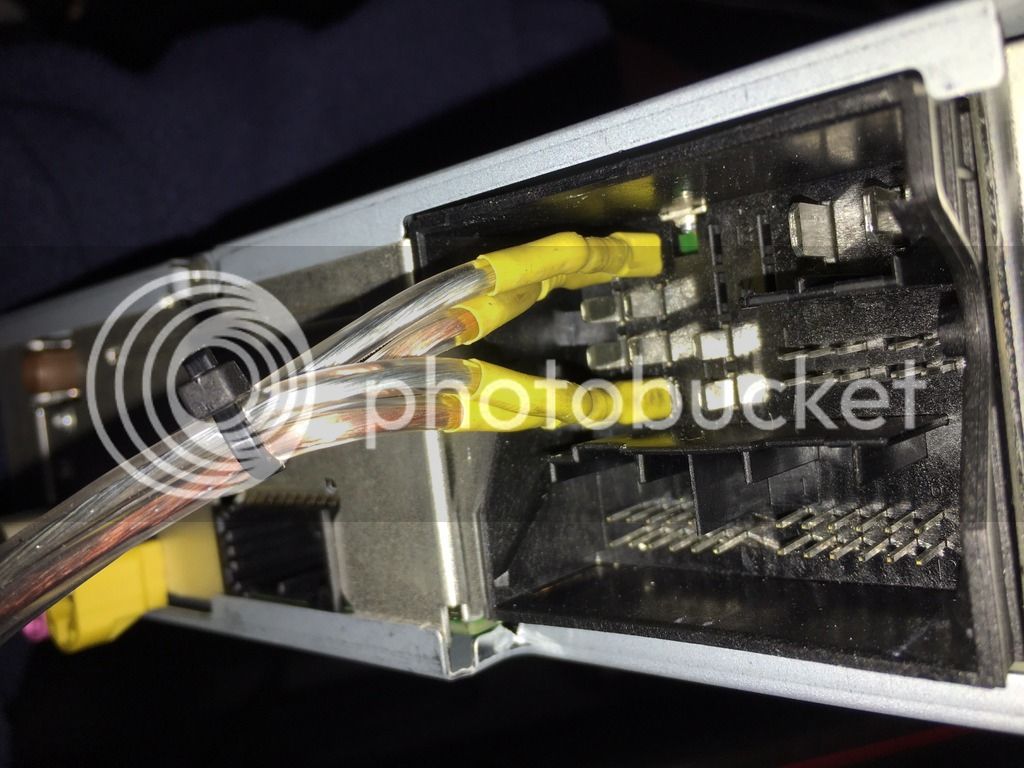 The picture below and most of this content was provided by Don (DV52) who was extremely helpful to me. Socket "N" is where the speaker pins are. I found that in my unit the designated numbered pins are exactly upside down from this depiction. Only #4 and #8 are labelled on the unit. You want 7/3 and 6/2, unlike the pins I used originally in the above photo.

Now for the recoding. The pictures below are screen shots from my laptop using VCDS in order. 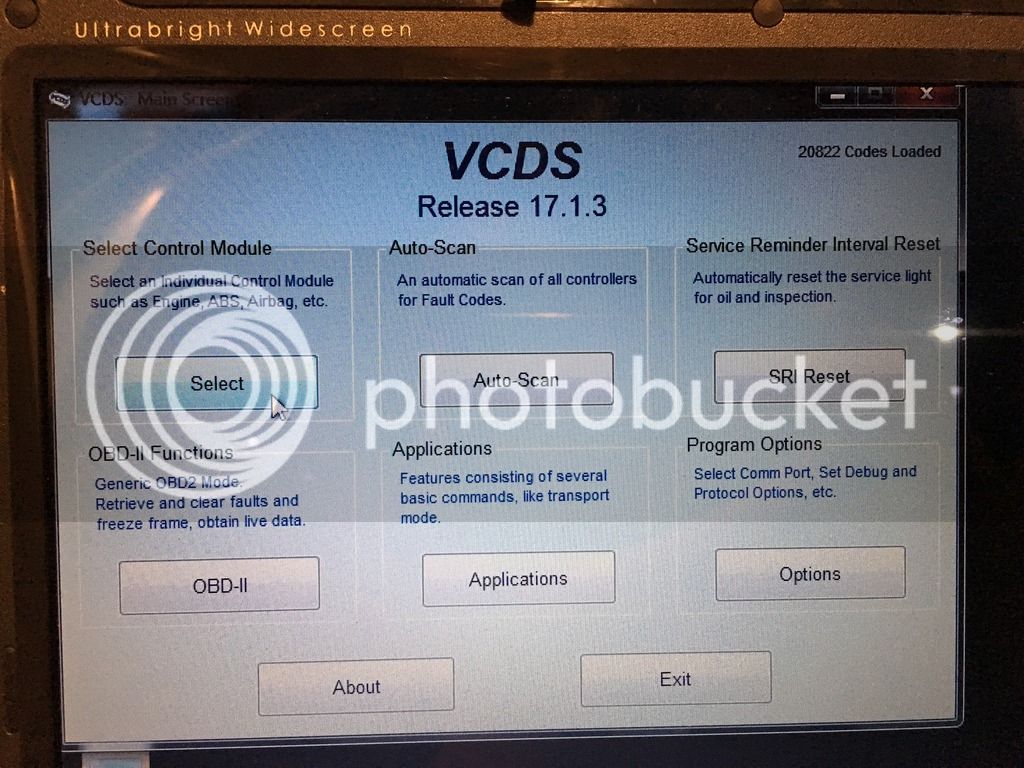 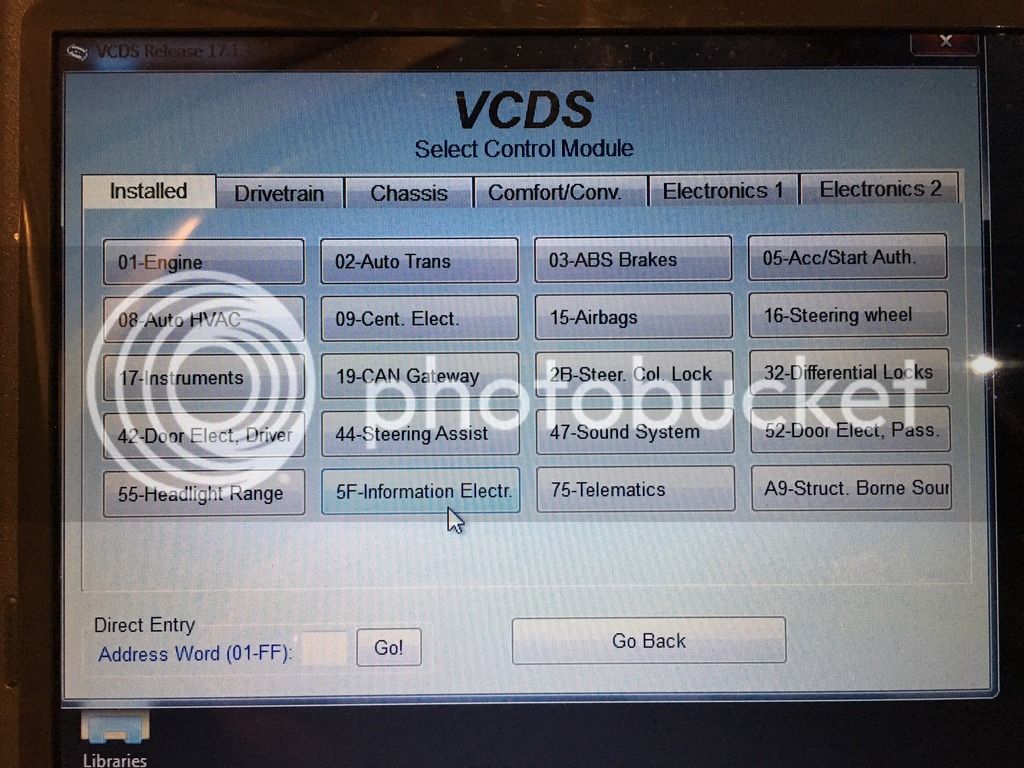 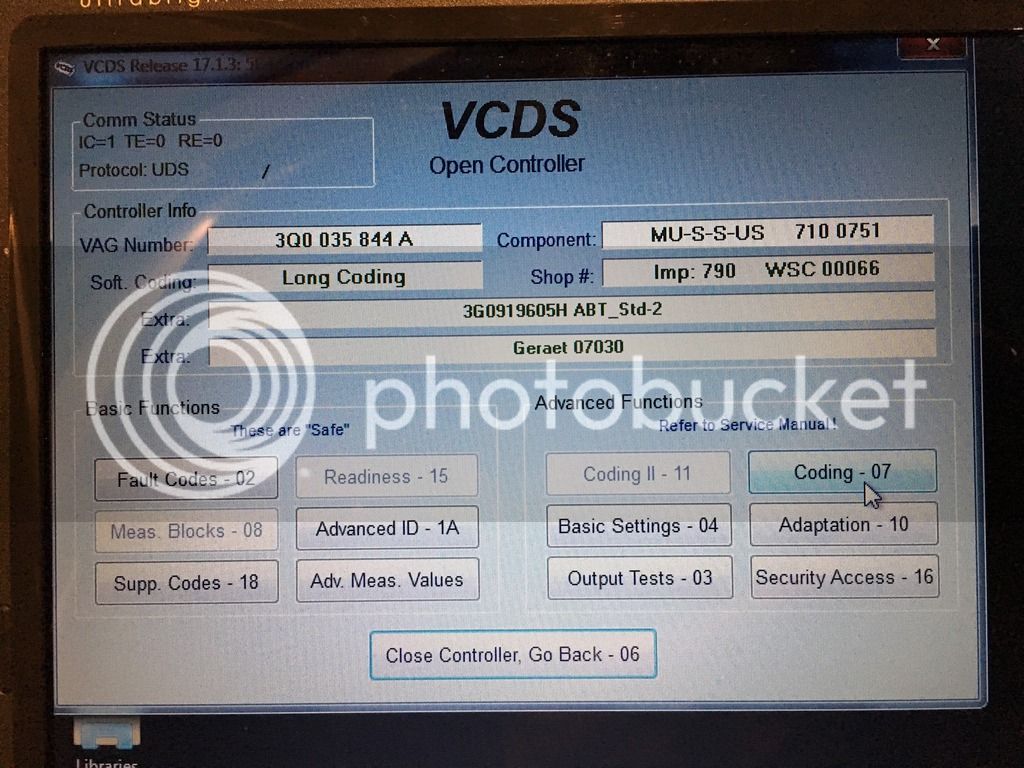 Take a picture of your long coding just in case you get messed up you can always put it back the way it was. 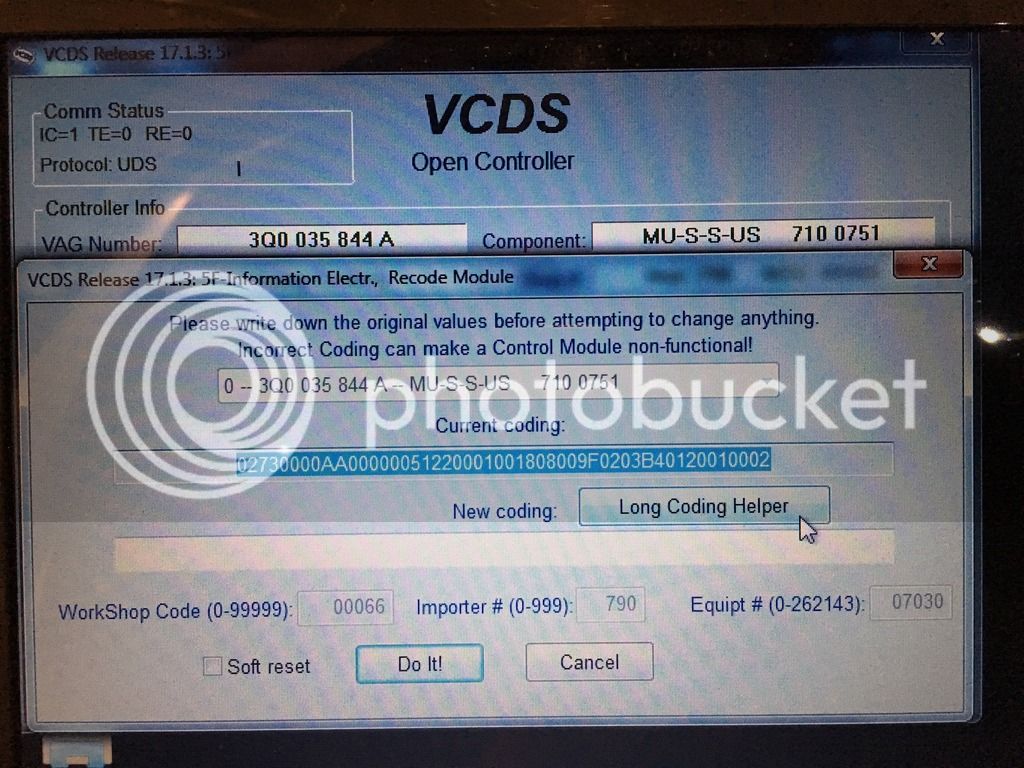 Use the tab button on your keyboard to cycle through the individual bytes and make the following selections. 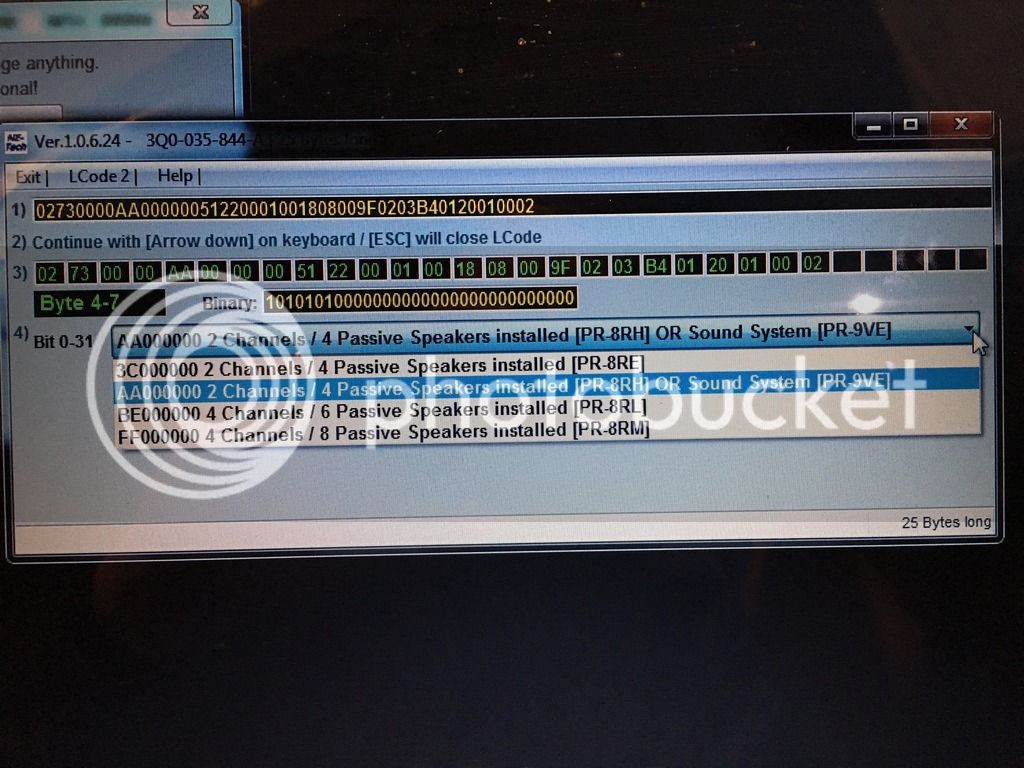 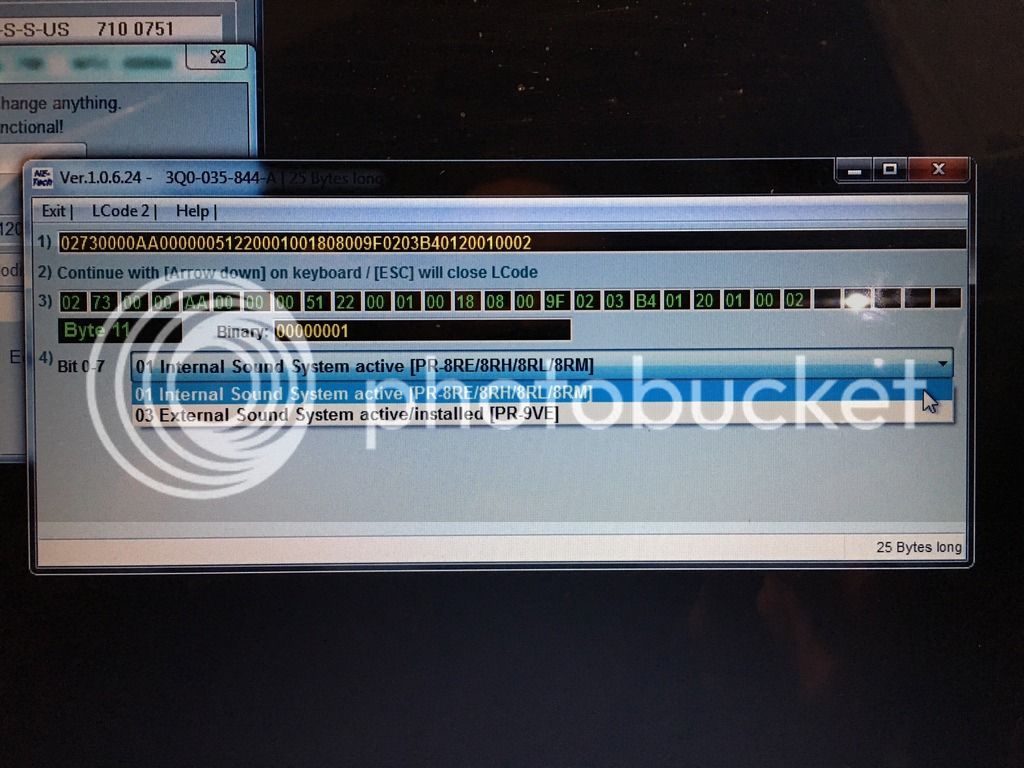 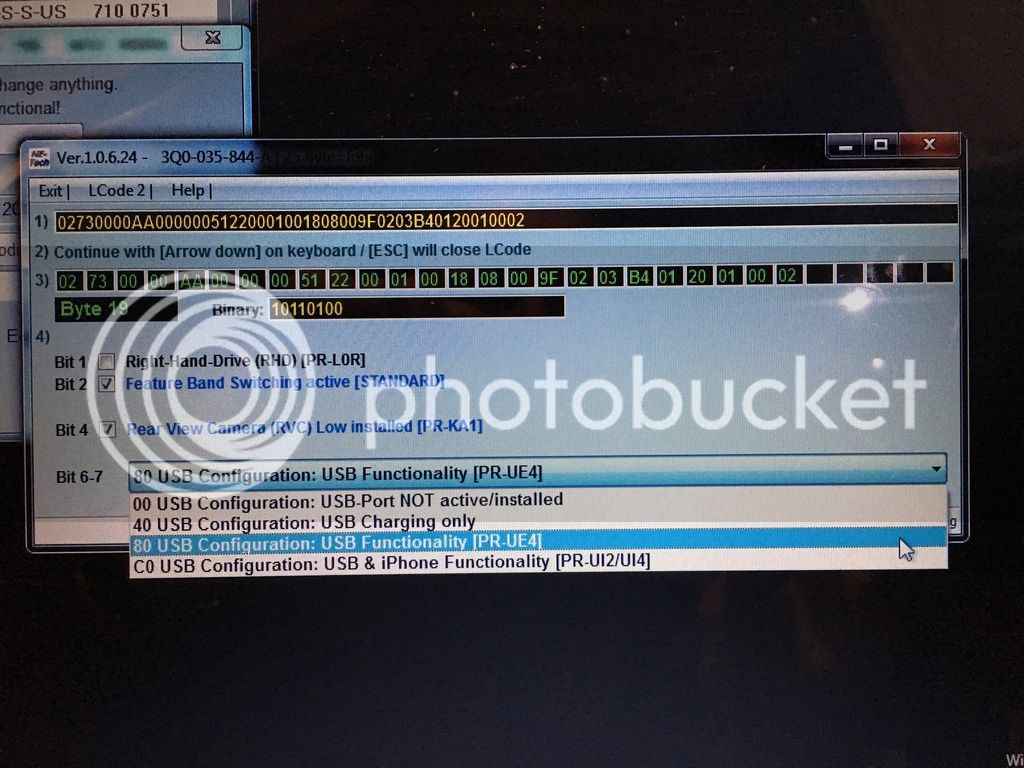 The photos below are screen shots of a VW diagnostics software I am unfamiliar with, but I believe it is OBD11. They were also provided by (DV52) as a guide to recoding if using that application instead. 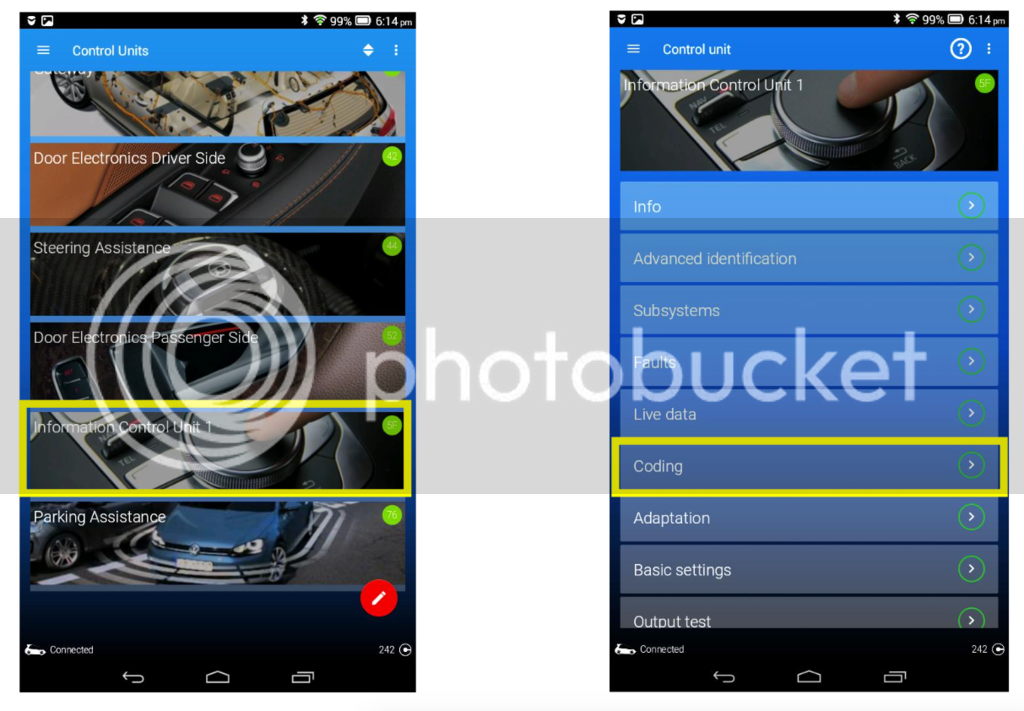 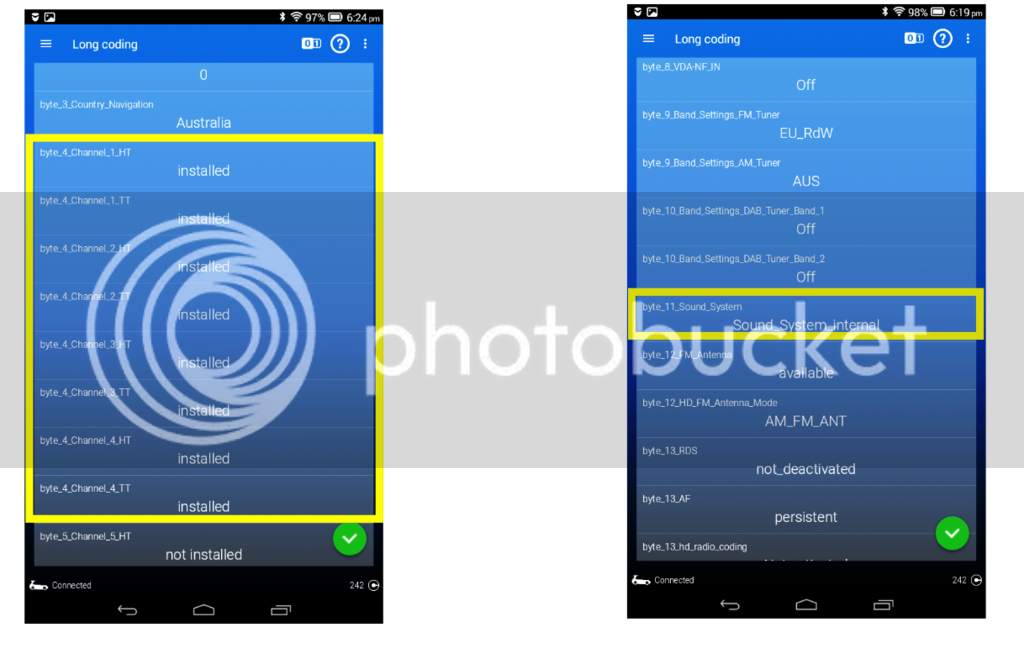 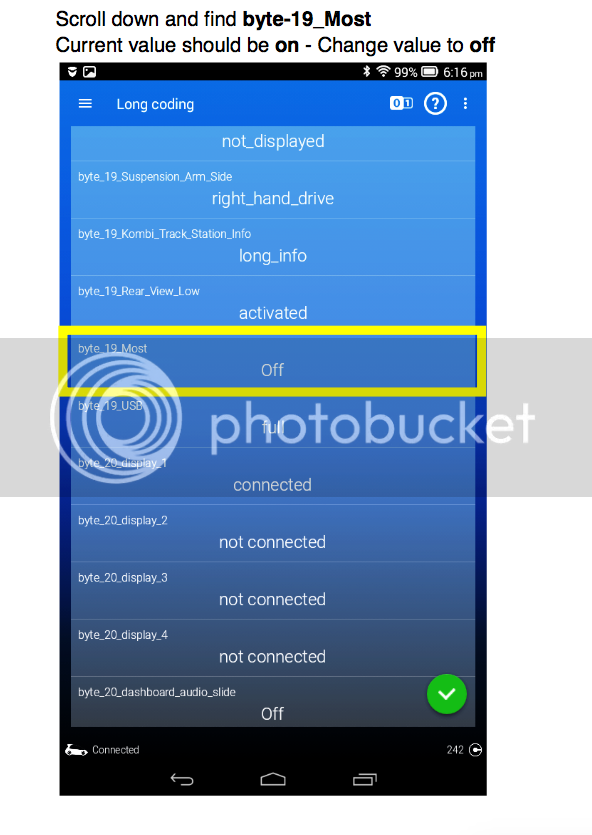 I hope this helps someone else. I also hope I didn't forget anything. Originally when I was using the speaker wires off the Fender amp into my DSP I got terrible pops when the radio was off. Grabbing the wires from the head unit as described cured those pops and completely simplified the wiring.
Last edited: Mar 31, 2017
1

Do you know if you can have both MOST and speaker level outputs at the same time? I want to use the speaker level outputs to go to my AudioControl LCQ-1, but I still want the factory Fender speaker in the front to work. Might try leaving "byte_19_Most" set to On.
2015 GTI SE PP LP Night Blue DSG
D

Holy Sh.. this is great news. I am in the process of installing and have been looking for this for weeks.

How is the signal out of this? Is there internal EQ'ing going on or is it pretty flat?

Are there any other things that might get disabled by doing this?
Q

I don't know if you can have both internal speakers and external Fender at the same time, but I doubt it. In VCDS I was not able to find anything that said MOST. I had the choice of external or internal.

As for whether the signal has been EQd already, I don't know that either. I did not sample the signal at all. I am running the speaker level outs to a DSP which will un-EQ the signal anyway. I can tell you that it must be full range because my DSP had no trouble reproducing full sound and deep bass from those speaker wires.
1

Thanks I will be using a DSP RF (360.3) as well so the signal will be flattened anyway.

Have you noticed any other artifacts in making this change? I assume all the controls on the steering wheel etc still work?
Last edited: Apr 4, 2017
Q

dmazyn said:
Thanks I will be using a DSP RF (360.3) as well so the signal will be flattened anyway.

Have you noticed any other artifacts in making this change? I assume all the controls on the steering wheel etc still work?
Click to expand...

I have not noticed anything. The only thing I noticed was not being able to use the phone when I had originally tapped the rear speaker leads. The install is way easier by avoiding the Fender amp. There was a huge "pop" that would come from the speakers and scare the crap out of me once every 15 minutes when I had the head unit off. Now that I bypassed the amp that went away.
D

Well I got to this step in my install and am running into issues.

First I followed the OBDeleven steps but it seems it is only passing the tweeter freqs as no other sound was coming through my DSP to the mid range/mids or sub. Do you know if there were any other steps required when using the OBDEleven?

Second I gave up and reverted everything back to the way it was before and now am not getting any sound from the factory setup : (
D

Good news after letting the car sit for an hour the factory system is playing again.

Your car was giving you a time out for being mean to it.

Awesome write-up! I have yet to dive into my swap, still collecting parts. I'm currently running an MIB 1 w/ fender. I have a few Q's:

1. Did you lose fader functionality by only tapping the front speakers for the signal?

2. How are you redistributing your speaker level output from your other amp; are you wiring directly to the speakers through the jambs/doors, or tapping back into the output harness of the fender amp?

My plan is to replace the fender amp with something like an Alpine mrv-v500 5-channel to run all of the stock speakers. Then splitting output signals with passive crossovers so the mids and tweeters aren't receiving full range frequencies.

Do you see any potential pitfalls with this layout?

You can not just replace the fender amp as it uses MOST fiber connection with the glove unit.

dmazyn said:
You can not just replace the fender amp as it uses MOST fiber connection with the glove unit.
Click to expand...

Isn't that just an optical line out from the brain in the glovebox? If you're tapping speaker level signal via "internal" mode on the back of the brain as OP demonstrated, what purpose does the fender amp serve? Does it communicate back to the brain in some way?

Is there a way on MIB2 (non premium audio system) to get a line out signal from the unit?
B

Wolf359 said:
Is there a way on MIB2 (non premium audio system) to get a line out signal from the unit?
Click to expand...