The below was shared with the permission of his ex wife Lisa. I let her and his family know how missed he'll be in our little VW community here and how beloved he was. Pour one out for our homie @jimlloyd40

"Never thought I would have to write an eulogy & figured I better start before Jim passes, otherwise it would be too difficult, I started this about 3 weeks ago.

Jim worked right up till his COPD got bad. He couldn't breathe & the month of October included 3 trips to the ER, and 11 days being hospitalized. November he was on oxygen & we decided to have hospice step in to help at home. That wasn't enough help (they only come 3 x's a week), so in December he moved into a group home where someone would be there 24/7, luckily he had long term care insurance & that helped cover that cost.

Jim & I have known each other for over 37years, married about 13. Even though we divorced 20 years ago we remained friends & helped each other over the years. Jim helped me with car, computer & phone stuff & I helped him with sewing projects, cleaning his MH for several years & giving him a batch of chili whenever I made it. And we would go out to dinner once in awhile (Carolyn always sent Jim restaurant gift cards on BD's, so kind of her).

Tidbits about Jim:
Extremely smart & hard working business owner. He started our storage shed business from nothing, to having jigs made to build the sections easier, we used the best lumber getting to the point where we bought it by the truckload. Our lumber cuts were within an 1/8", they were gorgeous buildings, used as sheds, homes, studios & even had one at the bottom of the grand canyon (which was helicoptered in by sections & was used as a restroom).
We both worked very hard (I ran the office and Jim ran the warehouse), many long long hours for years.

After selling that business, he had a courier business where he literally worked at least 16 hours a day, it really wore him down, don't know how he did it. He sold that business & then started working as a courier. His last job was delivering medications to hospice patients (so ironic). His boss said he was an amazing employee, did the work of 3 couriers.

Jim loved musicals which surprised me. We went to see Cats & he was hooked. About 10 years ago I surprised him by taking him to see phantom of the Opera (which was his favorite, I think we'd seen it 3 x's) . Jim also loved his gadgets : TV's, computers & cell phones.

Photo with crown. Jim belonged to a cell phone forum & 2 years in a row, he had the most likes/comments about his posts. The company wanted to fly him out to Dallas 2 x's for their celebration. Of course Jim couldn't go, partially cause he was working & partially cause he didn't want to fly, so I brought him a burger King crown.

Jim was so set in many ways (OCD) & a perfectionist. He always wore corduroy pants it got to the point where he couldn't find them anymore & had to have them custom made (which never was right). I always suggested to try jeans or dockers, but he wouldn't, just had to be corduroy. And I think he had the same eyeglasses for many, many years. He did not like change.

His hair, fingernails & cuticles were another thing he was very fussy about, had to be just right. 7 months into his decline & Alex (the group home owners husband) gave him one haircut & he got to the point where he didn't care.

In the beginning of his downfall I asked Jim if he wanted me to contact his family to let them know what was going on & he said No, so I followed his wishes. One time while visiting him at the group home, I saw "Carolyn" written on his notes & asked him if he wanted me to contact Carolyn & he said yes. I was so grateful for that, cause he did keep in touch with you to the best of his ability and I know he loved you all very much.

Some of my fond memories of Jim. Several Xmas gifts, 1 - a work pouch, chalk line & hammer, 2 - I sarcastically told Jim that I liked his new Birla muffler on his car, he got me one for my Honda prelude, 3 - I remember seeing the stuffed talking chihuahuas from taco bell TV commercials, he had about 4 hidden in our home, best gift ever.

The time we went to dinner at a place we liked but Jim didn't like that they didn't serve bread. A neighbor of mine is an excellent baker & she gave me 2 dinner rolls. I snuck them into the restaurant & somehow got our waiter to deliver butter to the table & I pulled out the rolls. It was pretty darn funny.

Then there was Jim's love of his cars. That was his passion, always modifying them so they may look like a regular car but he blew everyone away at stop lights. He never outgrew it. His last car was a souped up VW golf. I think the hardest day was the day he sold it back to the dealership. I dropped the car off at the dealership & the salesman (same guy who sold him the car) drove me back to Jim's MH cause he needed Jim to sign some paperwork & Jim couldn't look at him & we both broke down after he left, broke his heart. I felt so bad, just put my arms around him & we cried together, very sad.

This has been a tough 8 months for me but thanks to some very wonderful friends, sobriety & a therapist I got thru it and I'm glad I could be there to help Jim. I did visit him weekly at the group home, he always told me that it meant the world to him that I visited but I also had to set boundaries, so it was every Thursday. I will miss him terribly and will feel like a part of me is missing. And thank you again for your kindness, it was so appreciated. "

My goodness. I'm at a loss for words.

Wishing his family all the best- he's beloved around here.

Jim, thanks for being such a great friend to so many us all- you brought balance and also a lot of positivity to this place, we were better for having you here and it will be worse without new conversations with you.

Godspeed, and thanks for all you shared with us.
This narcissist makes a couple of others recently banned look like upstanding forum citizens.

Damn that's awful. He was always helping random people troubleshoot their problems on the forums. I genuinely enjoyed listening to him talk about his car, learned a ton from him. I could tell he was here because he was passionate. It sounds like his job allowed him to really focus on doing what he loved. That's good, and rare these days. I will miss seeing his goofy futurama avatar around the forums.

COPD is a hell of a condition, my dad has it, the slightest disturbance in the lungs sends him into a fit of coughing for 10-15 minutes. Work too hard? Coughing to the point of throwing up. 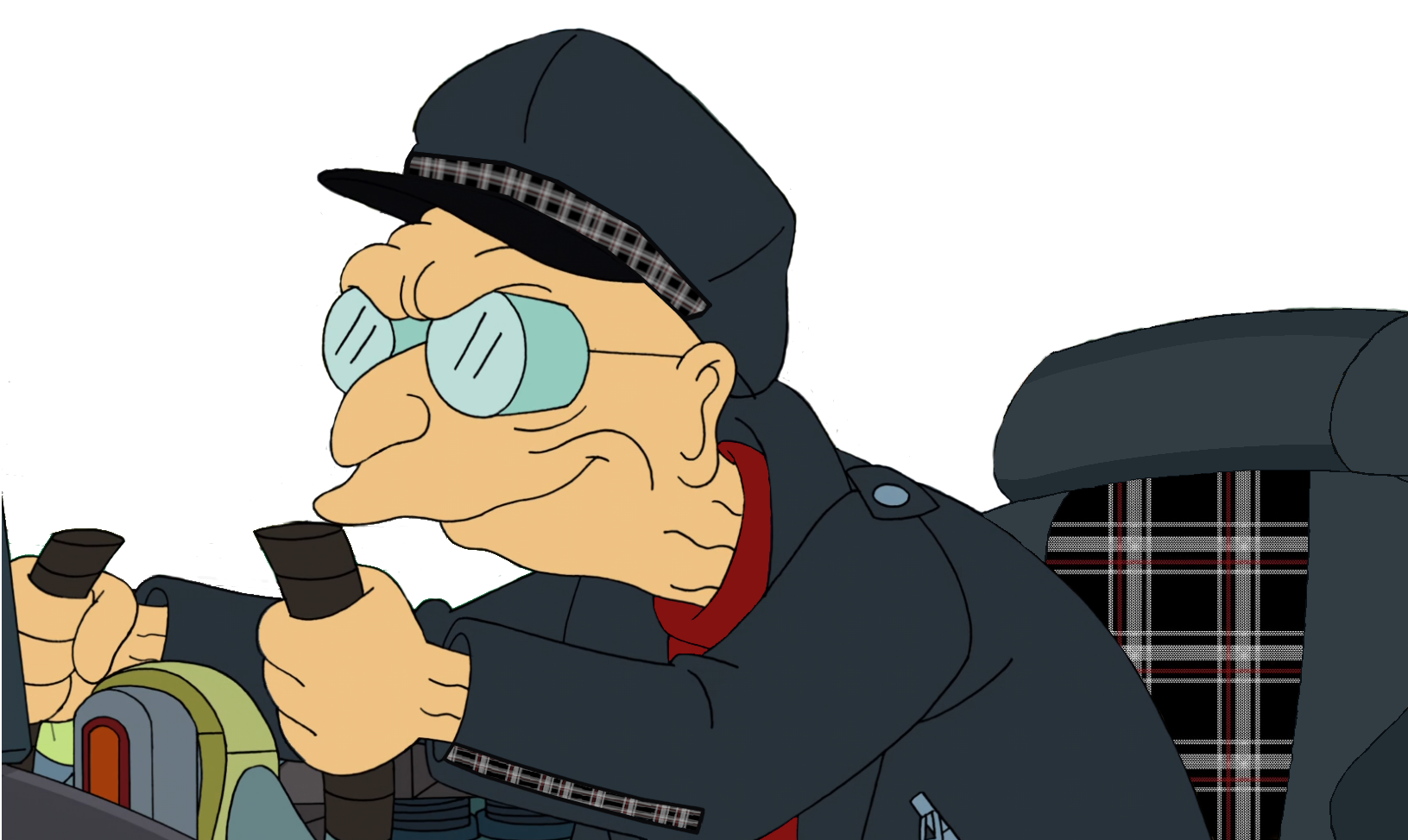 JerseyDrew77 said:
This better not be a fucking joke.
Click to expand...

Nope.
My thread where I take a 2016 GTI from stock all the way through an EQT Vortex, and bail on it for a 2017 R
My Datazap with all my logs


Daks said:
You're an inconsiderate piece of shit, but we love you.
Click to expand...

Had no clue he was sick. He was definitely a solid guy and would always help people out on this forum. He will be missed. At least I know I will miss him. You're my boy, Blue (Jim)!!!
Breaking V8 hearts & dreams! - 584 whp 516 wtq build thread.

Didn’t get the chance to know him as well as many of those here did but I did I have a few interactions with him when I first joined this forum months ago.

Prayers goes out to his family and to his close friends on here. A well respected and kind user here.. rest easy bud.

"Do you have the slightest idea how little that narrows it down?"​

Thanks for doing this for Jim @GTIfan99

Jim will be missed and may his beautiful soul Rest In Peace.

It's one of those things where you go "Well duh, of course that happened in his situation", but I didn't realize he had sold his GTI

My thread where I take a 2016 GTI from stock all the way through an EQT Vortex, and bail on it for a 2017 R
My Datazap with all my logs


Daks said:
You're an inconsiderate piece of shit, but we love you.
Click to expand...

You will be missed Jim. Thank you for all you knowledge you gave us and the laughs you brought to every thread.
May the Jim Lloyd rule live forever.

Holy Crap. I thought the same as Drew …. Unbelievable. I had absolutely no clue he was that bad. Oh man he’ll be missed…he literally always tried to help.

This is very sad

Also very sad/surprised that he had sold his GTI, but heartwarming that he kept checking back in till last Thursday to help people out! What a guy.

Other cool things for him as far as the forum goes (Which is how all of us here know him, anyway...)

Only recently surpassed; he almost died with another crown on his head!

Quite a few messages too, and he wasn't one to futz around quite as much as many of us are!

Rest In Peace @jimlloyd40 could always tell he was a genuine a guy and always did a great job keeping up with us young punks over here.
- 2019 GTI Urano gray “Rabbit” -