This guide explains how to retro-fit the illuminated/backlit overhead console into facelift (Mk 7.5) Golf/GTI/R/Alltrack/Sportwagen.

VW made the smart decision to put a non-illuminated version of the overhead console in the face-lifted vehicles to save a few bucks. It always bothered me that the sunroof and visor buttons were illuminated, but when I actually needed to find the button to turn on the lights at night, they weren't illuminated.

It seemed that the Mk 7s had full illuminated panels and it's a direct swap.

The part numbers are as follows based on your color and if you have a sunroof:

You'll need to get a trim pry tool to pry around the edges of the trim cover on your existing console. Here is a picture of back of the cover with all of the tabs that hold the plate in place for reference. It's fairly easy to remove, just take your time and pry slowly around each clip.

Once you've removed the cover piece, you'll see the black control housing still in place. There are 4 VERY THIN slots that you can insert a thin plastic pry tool into which will depress the tabs, allowing you to pull the housing out. I applied a LIGHT pulling pressure and one-by-one depressed each tab. The housing dropped from each corner as I hit each tab, allowing me to remove the entire housing easily.

Once the housing has been dropped, it's pretty straightforward how to disconnect the plugs. Depending on what your vehicle is equipped with, you may have up to 3 plugs.

Again you may not have all of these but most likely will have at least the main power connection.

If you have a microphone, there may be a fine mesh screen covering the microphone slots in the cover plate, CAREFULLY lift the corner and remove the screen and place onto the new cover plate. There is a thin bead of adhesive that holds this in place.

At this point it's basically re-assembling everything back together onto the new console.

When attaching the sunroof switch, be very careful not to over-tighten the screws, as you'll be screwing into thin plastic. Just finger tight should be enough.

Place the microphone and coupler back into the tabs, attach the connections and test everything out.

Once you've confirmed everything is working snap it all back into place and enjoy.

Everything works perfectly however the driver side button functions differently than before.

On the Mk 7.5 console, the driver side button illuminated only the driver side led lamp, on the Mk 7 console, that button is an "All On" button that turns on all lights, front and rear. I actually think it makes more sense this way. Other than that, all of the other switches function exactly the same.

I did this today. Thanks for the guide. I'm sure I could have figured it out, but it's nice to have something say that it's really okay to pull there.
2

Thanks so much for these instructions - just completed today. Removing the microphone assembly was a challenge, but putting it back together was a breeze! 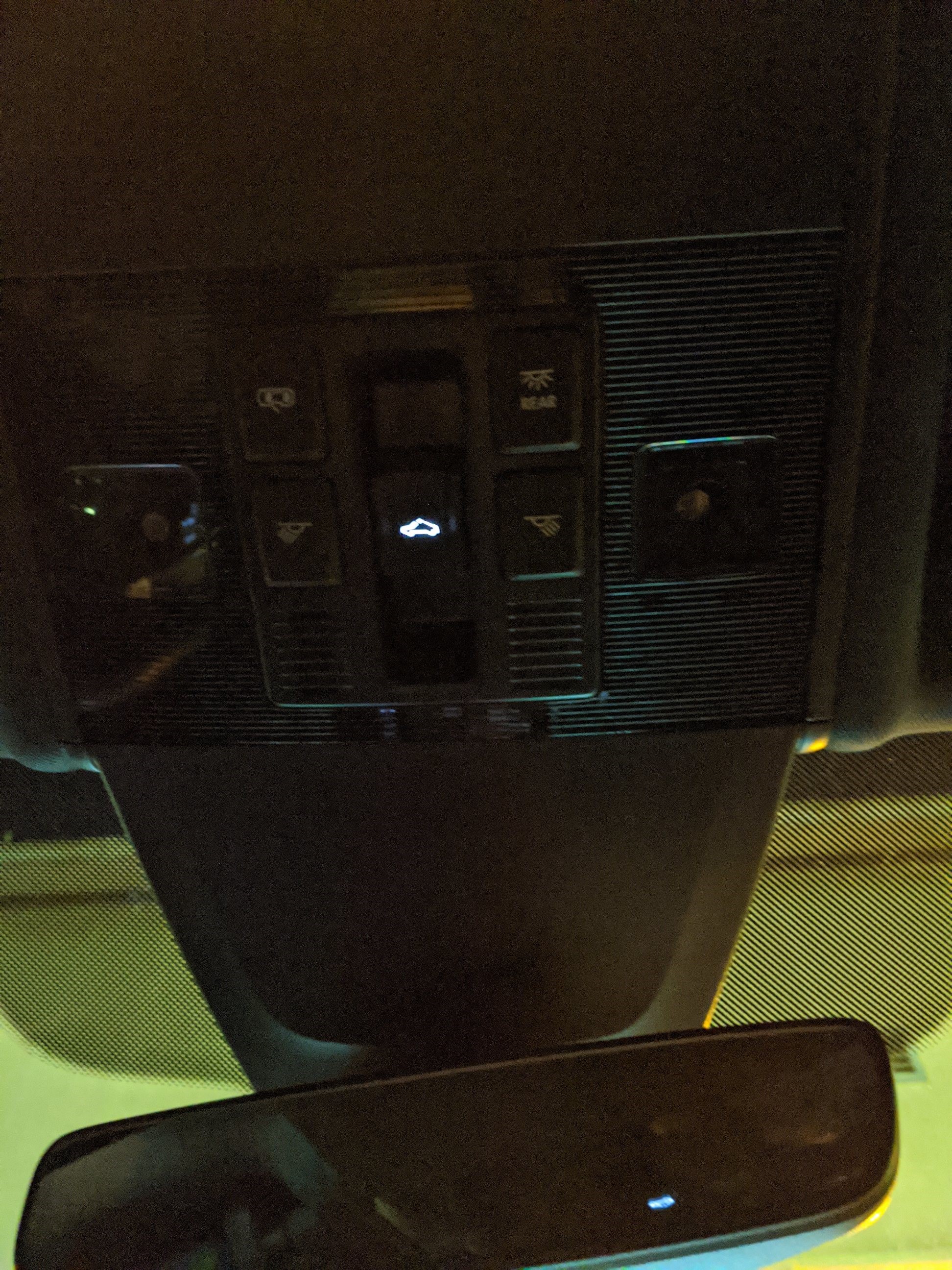 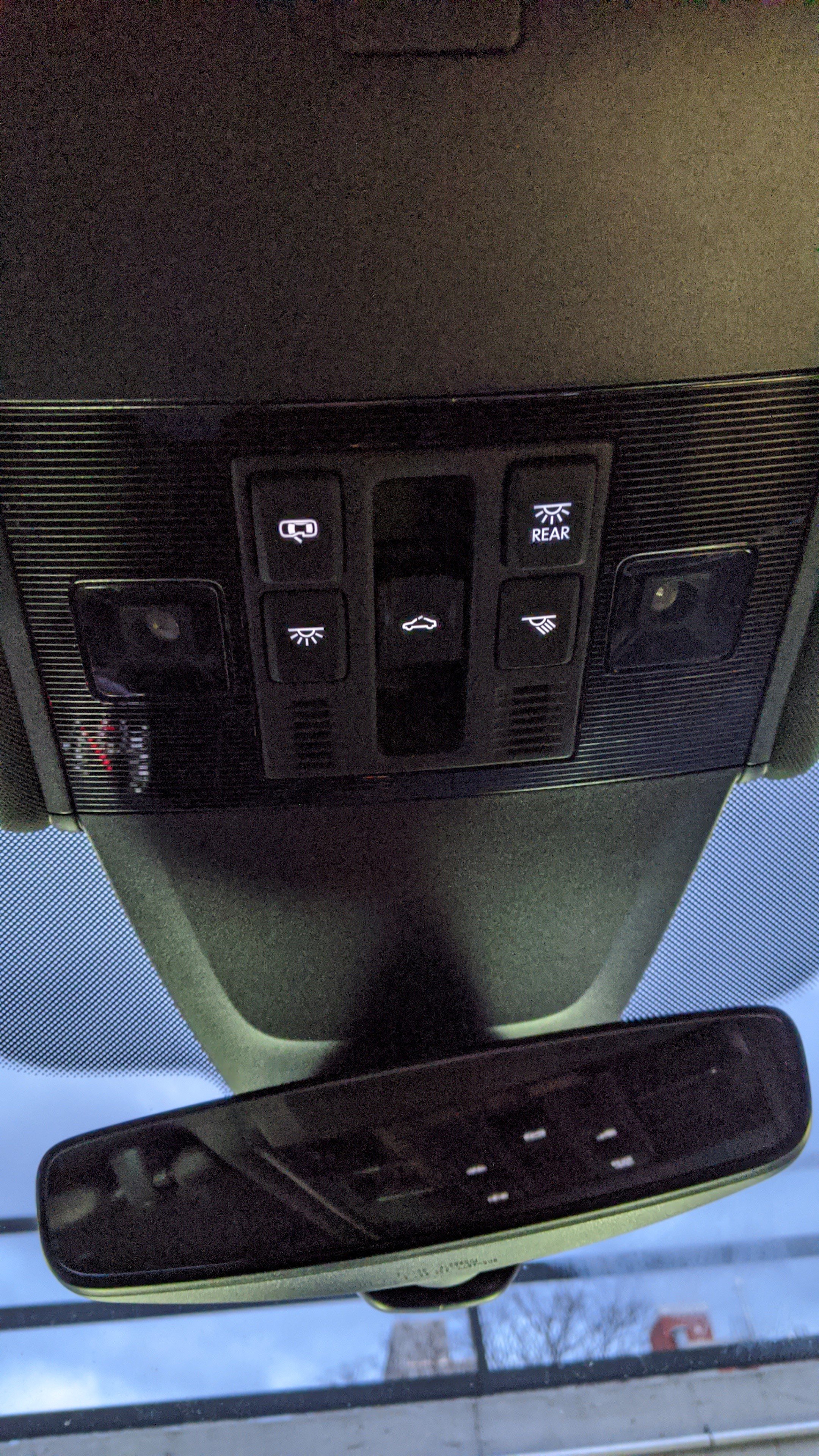 Hi,
I have 2015 Golf from Germany and recently I replaced basic overhead light (5G1 947 105L, with standard bulbs and without buttons illumination) to new one with LEDs and buttons illumination (5G1 947 105Q).
Everythng works great, but the buttons aren't illuminated (yes, i had lights switched on )
What should I do to enable illumination of those buttons? Add some wires or just adaptation/coding?
T

davidh5 said:
Hi,
I have 2015 Golf from Germany and recently I replaced basic overhead light (5G1 947 105L, with standard bulbs and without buttons illumination) to new one with LEDs and buttons illumination (5G1 947 105Q).
Everythng works great, but the buttons aren't illuminated (yes, i had lights switched on )
What should I do to enable illumination of those buttons? Add some wires or just adaptation/coding?
Click to expand...

there was no coding required, straight swap for me. new panel should have had a circuit board behind the buttons versus old one that did not.
D

There is circuit board behind the buttons on the new panel.
I think there's a issue in wiring or coding/adaptation because my older panel was with bulbs, not LED so i have lower equipment version on my car.
There are also some differences in panels pinout: older one has pins 1,2,4,5,6 occupied and new one has pins 1,2,3,4,5,6 occupied.
In my plug there are wires only on pins 1,4,5,6 so maybe I should add some wire.
To confirm this I need wiring diagram, which I cannot find.

pixlgeek said:
This guide explains how to retro-fit the illuminated/backlit overhead console into facelift (Mk 7.5) Golf/GTI/R/Alltrack/Sportwagen.
Click to expand...