Just did my first dsg fluid change @ 60k miles (previous owner did one @40k) and I got lazy holding my funnel and tried to prop it up between my intake pipe and engine cover.
Hose popped off the funnel and I proceeded to dump .2 liters of dsg fluid all over my engine. As I was cleaning my mess, I found two loose screws.

Never seen them before in my life nor have I ever removed any screws that looks like these. Mods I've done myself are drop in air filter, step colder plugs, springs, intercooler (eBay twin), downpipe, and rear sway bar.
I bought the car at 44k miles and haven't had any major issues other than the loose bolt on my driver door lock. The only time I ever took my car back to the dealer was for a coolant and brake fluid flush.
I am now stage 2 as of last week with EQT.

Here are some photos of where I found the two screws as well as what they look like. If anyone has any idea of what they are from I'd love to know!
no problems with the car right now other than my sway bar clunking from not being torqued under load.
I've circled in red the two spots where i found the screws. the right circle screw was found under the hose. 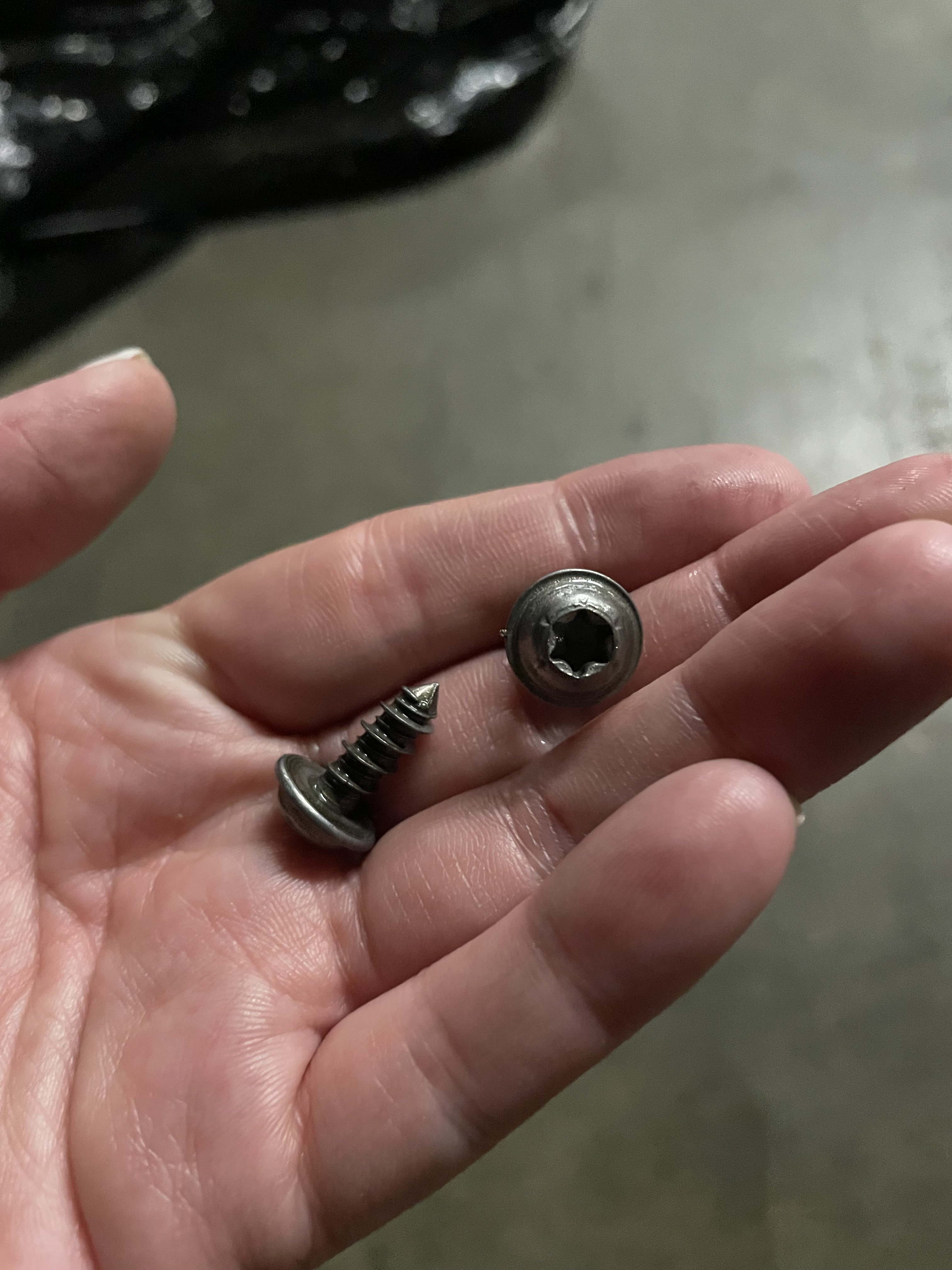 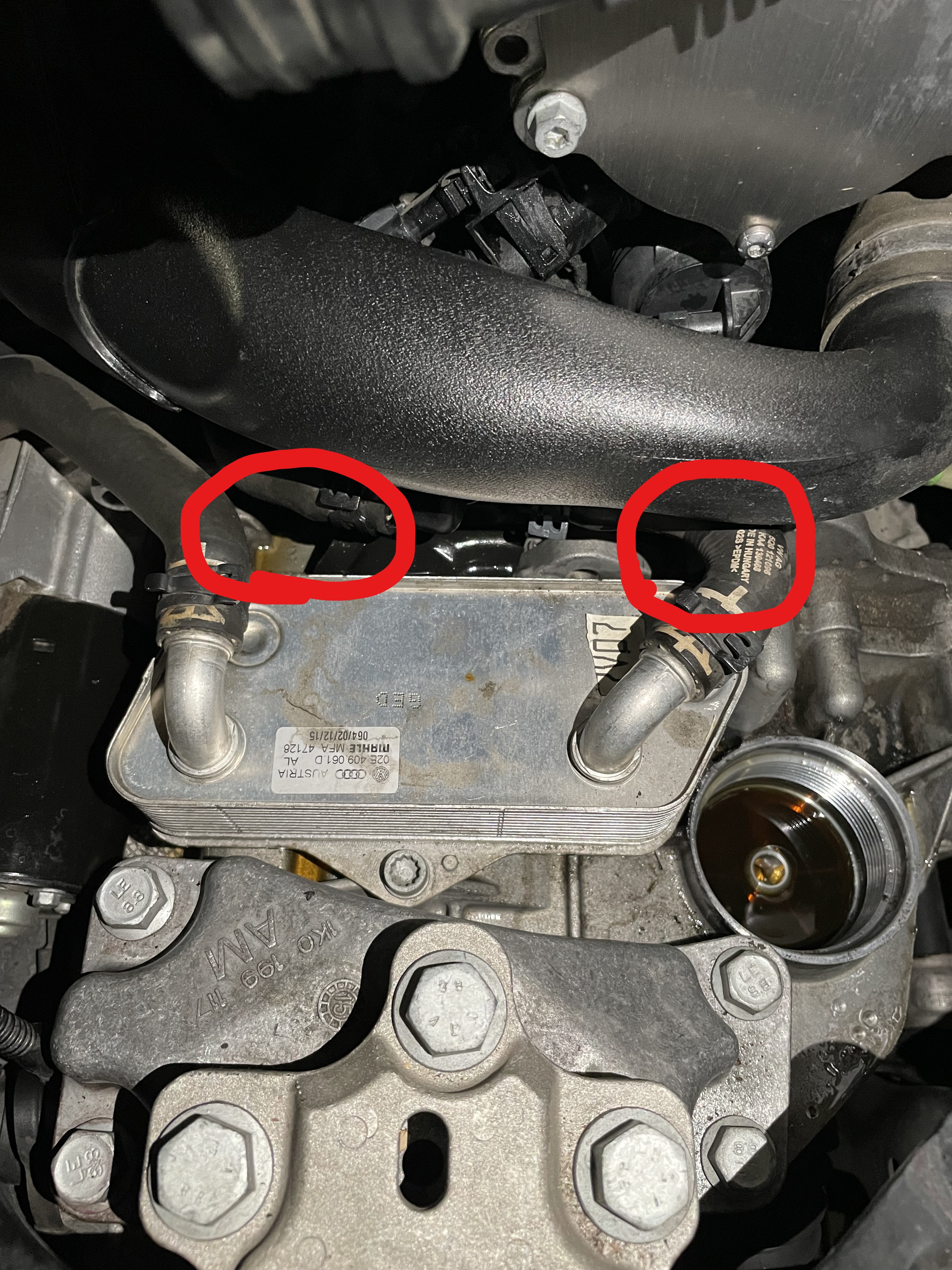 As for the trans fluid, some simple green and a garden hose will take care of it. The screws however, they look like the kind that thread into those cheap metal clips on the bellypan of the car, but they wouldn't end up where you found them. I cant think of anywhere higher up they would come from either...
2019 GTI Autobahn DSG | Ghost Blue | Enkei TSR-X 18x8 | EMD Springs |

Supermoto said:
As for the trans fluid, some simple green and a garden hose will take care of it. The screws however, they look like the kind that thread into those cheap metal clips on the bellypan of the car, but they wouldn't end up where you found them. I cant think of anywhere higher up they would come from either...
Click to expand... 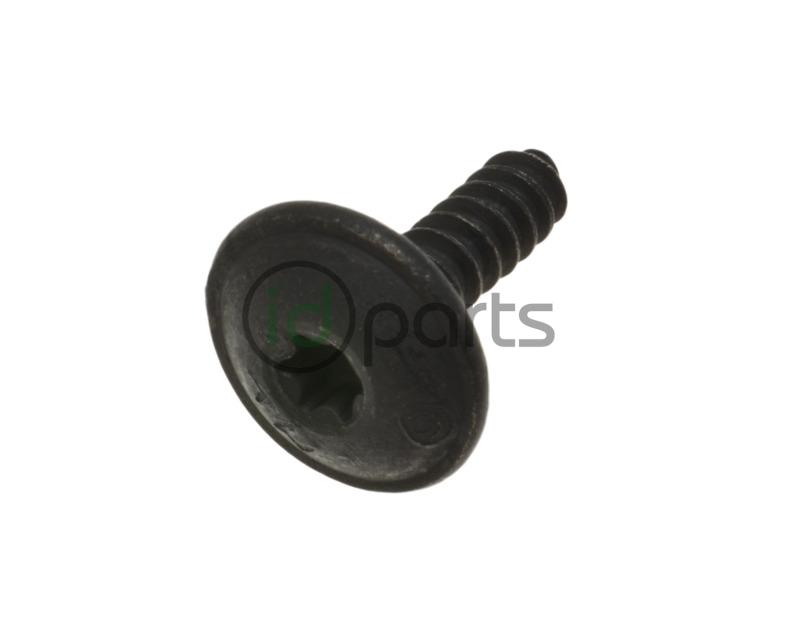 naw those are skinnier and flatter heads. I just took the whole mess off for the intercooler so I stared at those for awhile remembering where they go.
as for my engine bieng cleaned i do all my work in my basement parking lot of my condo. i dolly my jack and tools to work on my car

sucks when i forget something and i usually do more than once.

bumppp still have no idea where these are from!

They look like self tapping screws that would screw into a plastic piece.
2020 GTI SE

Just a thought that I am guilty of. Often when I work on on my car I place the screws on top of the engine and they fall down below and disappear into the place socks go from the dryer. Would these have been placed there by another mechanic and lost only to be replaced by new ones? Found an oil cap in the nether regions on my dodge truck that a dealer mechanic must have lost. Now I have a spare.

Don't PM me tuning questions. I am not a