Thanks to all the previous posters on this forum and others that explained the benefits of removing the flow-limiting diaphragm from the OEM bleeder block. And explained how to do it. Big, big thanks!!

Following is a quick explanation of why and how I modified my OEM bleeder, and the difference felt in driving afterwards:

Driving the Gti at first left me wondering: I often fumbled shifts, regardless of whether I was on it or not. Shifting casually, I couldn't avoid an occasional jerking of the drivetrain, as though I had misstimed clutch release... Though I am no pro, I have 30 years' experience with manual gearboxes. My other cars include a synchro-less 1967 SIIA Land-Rover which requires double-clutching & rev-matching, a 1971 Citroën SM with a peculiar gearbox/clutch... I know how to use a gearbox. Yet this Gti threw me curve-balls I couldn't manage!

Very fast shifts brought out another strange behaviour: when very quickly shifting and releasing the clutch, the pedal would stay down for a split second then pop up. Not good.

Removing it means that the clutch engages & disengages in direct relation to the pedal position. Without the diaphragm, poor pedal use is no longer hidden by the delay in hydraulic fluid flow. And without it, the above strange behaviors completely disappear: no more strange clutch actuation. No more clutch popping in very fast shifts. Wonderful, and I wish I had done it sooner.


Two ways to do it: buy and install the ECS bleeder valve or remove the diaphragm from the OEM piece. The ECS valve is reported to flow more than the modded OEM piece and also incorporates a one-way bleeder valve. I'll pick one up next time I order stuff from the US!

I simply modded my OEM piece, and here's how:

- remove airbox and you'll see the bleeder block: it's the black plastic piece that has a rubber hydraulic line going into it, and it's attached to the transmission just ahead of the gear selector shaft, 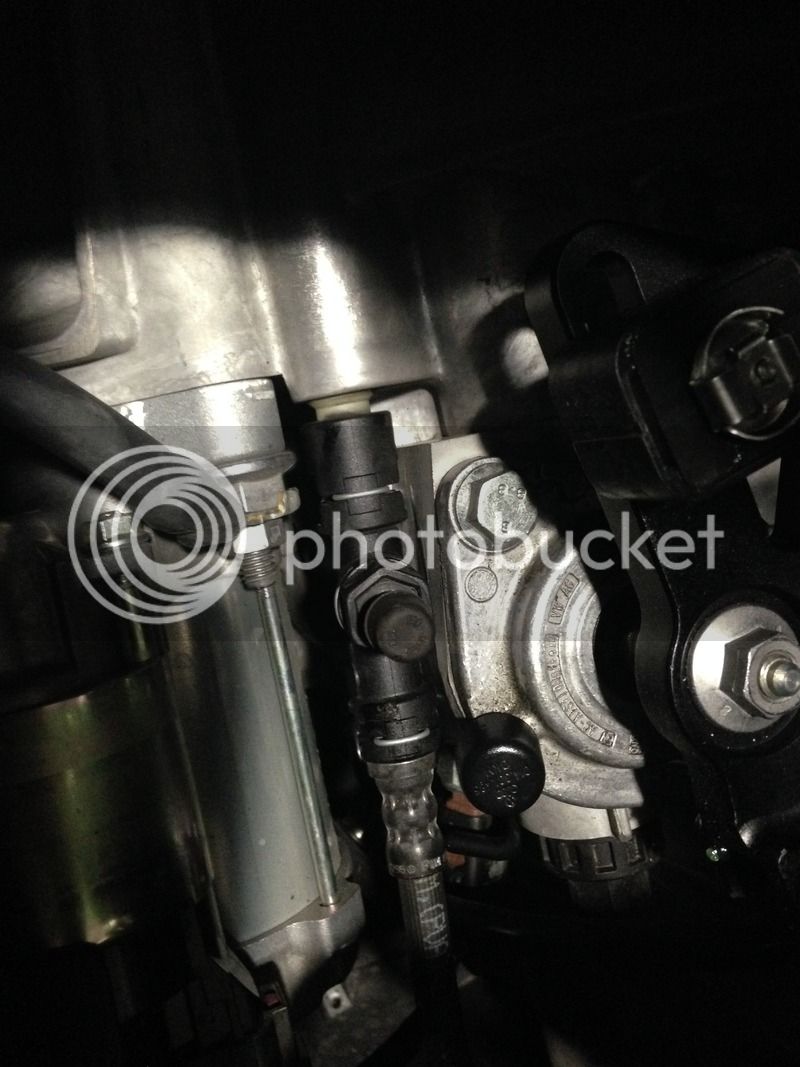 - using a thin screwdriver, lift up the two clips (they don't need to come all the way off, 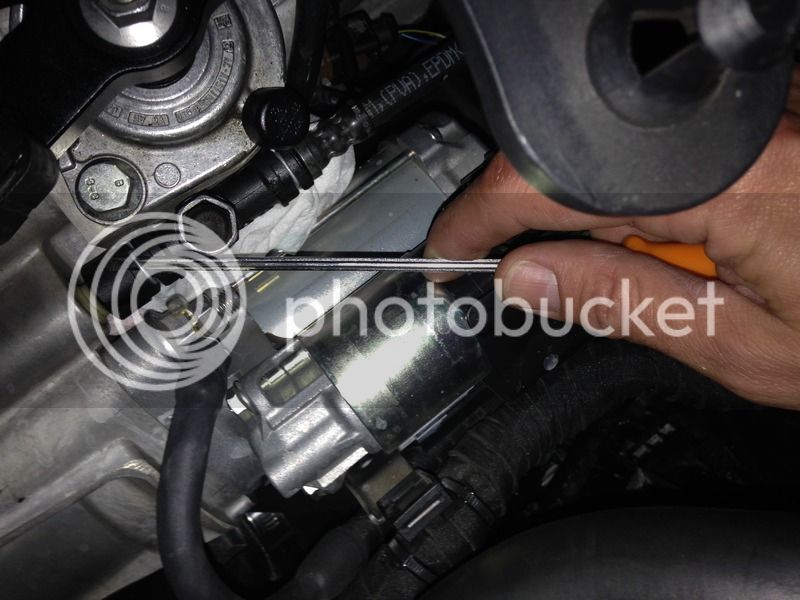 - the block can be removed from the transmission, and the line can be pulled from the block (brake fluid will escape from both ends so prepare with lots of rags/paper towels), 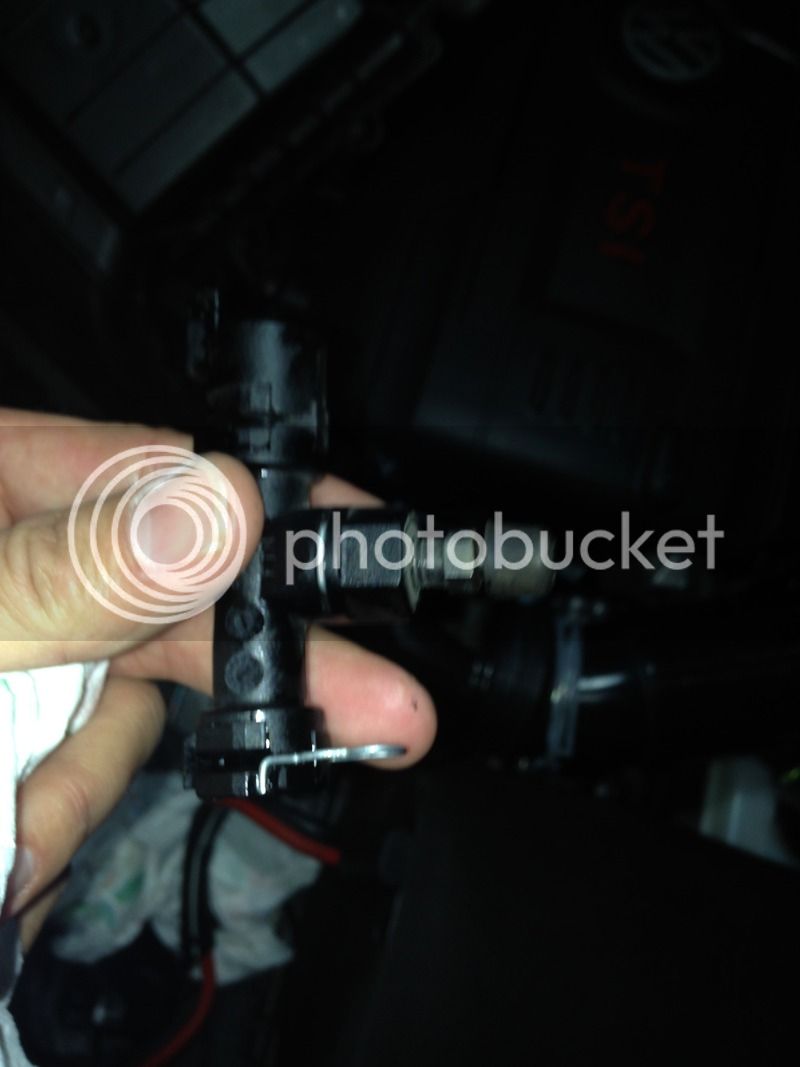 - looking inside, you will see the yellow diaphragm: 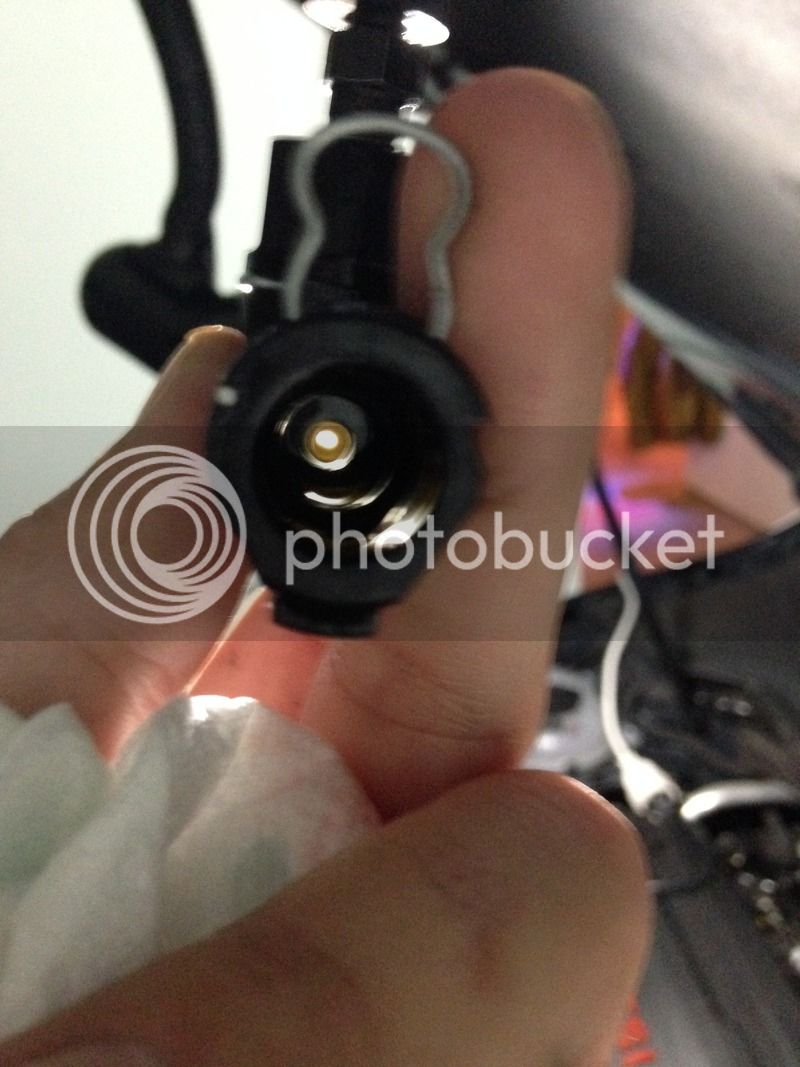 - it's blocked on one side by a ridge and on the other by the base of the bleeder valve which protrudes into the block. A 9mm wrench will let you unscrew the valve, and a narrow screwdriver will let you simply push the diaphragm out: 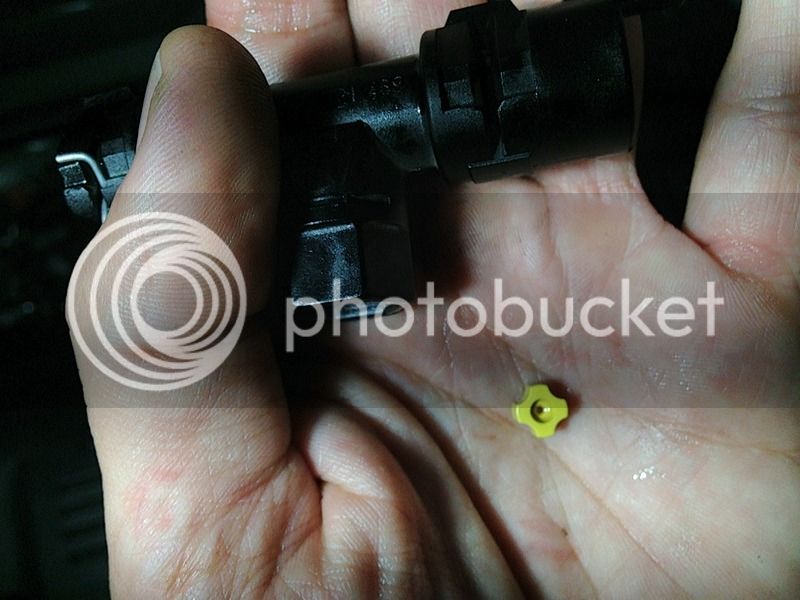 Installation is straightforward, but air that got into the line now has to be bled out. To do so, a helper makes things easier. If you are alone here's how I did mine: cut down an old broom stick the correct length to keep the pedal all the way down. Push & pump pedal by hand a few times, wedge stick between pedal and seat base hardpoint. Open brake fluid réservoir cap. Go to bleeder block with lots of rags, remove nipple from bleeder valve, open valve slowly, hear & see bubbles coming out, close valve. Release pedal. Top up brake fluid réservoir *don't let it go below minimum level*. Repeat a few times. Five rounds did it for me.

An absolute must imho!!!

Great DIY! I have to try this now.
X

I plan on doing this to mine when it gets in. I, like you, have tons of manual transmission experience on high performance cars (and bikes) and found the clutch action on my GTI test drives to be kind of annoying.

The engagement & disengagement points are more faithfully transmitted to the left foot. Better yet, the driver's brain relishes in the newfound clarity in the relationship between clutch out and motion.

Ever since I bought my GTI, the only thing I've been unhappy with was the clutch feel. 30 minutes and a bit of elbow grease, and it now feels excellent. Thanks for this!
R

If someone wants to check the thread for the bleeder it'd be easy to order a Speedbleeder for $7. Basically the same thing as the ECS one at that point - if the purported size difference isn't noticeable, that is.
G

Awesome!! Thanks for posting this i knew something was really off with the clutch.. My mkv felt much better. Time to do this
[SIGPIC][/SIGPIC]
G

RedReplicant said:
If someone wants to check the thread for the bleeder it'd be easy to order a Speedbleeder for $7. Basically the same thing as the ECS one at that point - if the purported size difference isn't noticeable, that is.
Click to expand...

I doubt the size difference would be noticeable, as the inside diameter of the stock block is already larger than the rubber line that feeds it, therefore, the line would be the bottleneck long before the block that it attaches too.

LeGti, THANK YOU for the wonderful DIY write up that is FREE!

just got back from my favorite "rallye" road: thrashing gears 1-4 over & over & over: the delay delete is a wonderful, wonderful mod. Haven't yet seen a single drawback!!

Make sure you bleed the system well, and be careful never to let the brake fluid drop to the min. level!!!!!

wave said:
I doubt the size difference would be noticeable, as the inside diameter of the stock block is already larger than the rubber line that feeds it, therefore, the line would be the bottleneck long before the block that it attaches too.
Click to expand...

That's what I was thinking too, I just didn't want to get jumped on for suggesting that the stock piece with a $7 part would be better.
W

RedReplicant said:
That's what I was thinking too, I just didn't want to get jumped on for suggesting that the stock piece with a $7 part would be better.
Click to expand...

Haha I hear ya, but I inspected it pretty thoroughly while I had it apart, and seeing as I work with industrial hydraulics every day, I can't see this being made any better by something like the ECS block due to the line size restriction. Of course, anything billet aluminum is pretty sweet... so I can't argue that it isn't still a badass part if anyone is so willing to spend the cash.

This is a must do mod!

I don't quite have 30 years experience driving manuals, but I have been driving many different manual cars for about 18 years now and all of my cars have been manual. When I bought this GTI, I couldn't figure out why I had trouble timing my shifts correctly, specifically my heel toe downshifts. Thanks to this forum, I now know the problem was with this little orifice! Once removed, the clutch is much more "direct" feeling and very predictable. I can now shift fast, smoother and my heel toeing once again keeps the car in balance through a turn!

This was a very easy mod and I didn't spill as much brake fluid as I thought I would. I used LeGti's broom stick method to bleed out the brake line. It only took about 15 minutes for me to complete this.