H22hatch said:
Right, but what exactly did he do? I know he had to have used odis but how did he run odis on your machine?
Click to expand...

basically all he needs Teamviewer for is access to your computer's USB port, which connects to the VAS5054. Then, as Sprinks said, he uses ODIS on his end to communicate directly with your car.
D

I've done all the prep work for this but I am still waiting on the harness if anyone decides to do this pay for the faster shipping! (fedex). I didn't know there was an option for faster shipping until after waiting almost a month.. I reached out to eurozonetuning to see about their harness but it looks like its missing the can-bus and rear camera wires, i could be wrong but we will see!
U

I bought the Eurozone harness and needed to buy the mic and rear camera wires (blue plug). I ended up piecing together my own with wires from this site Blue plug wires
G 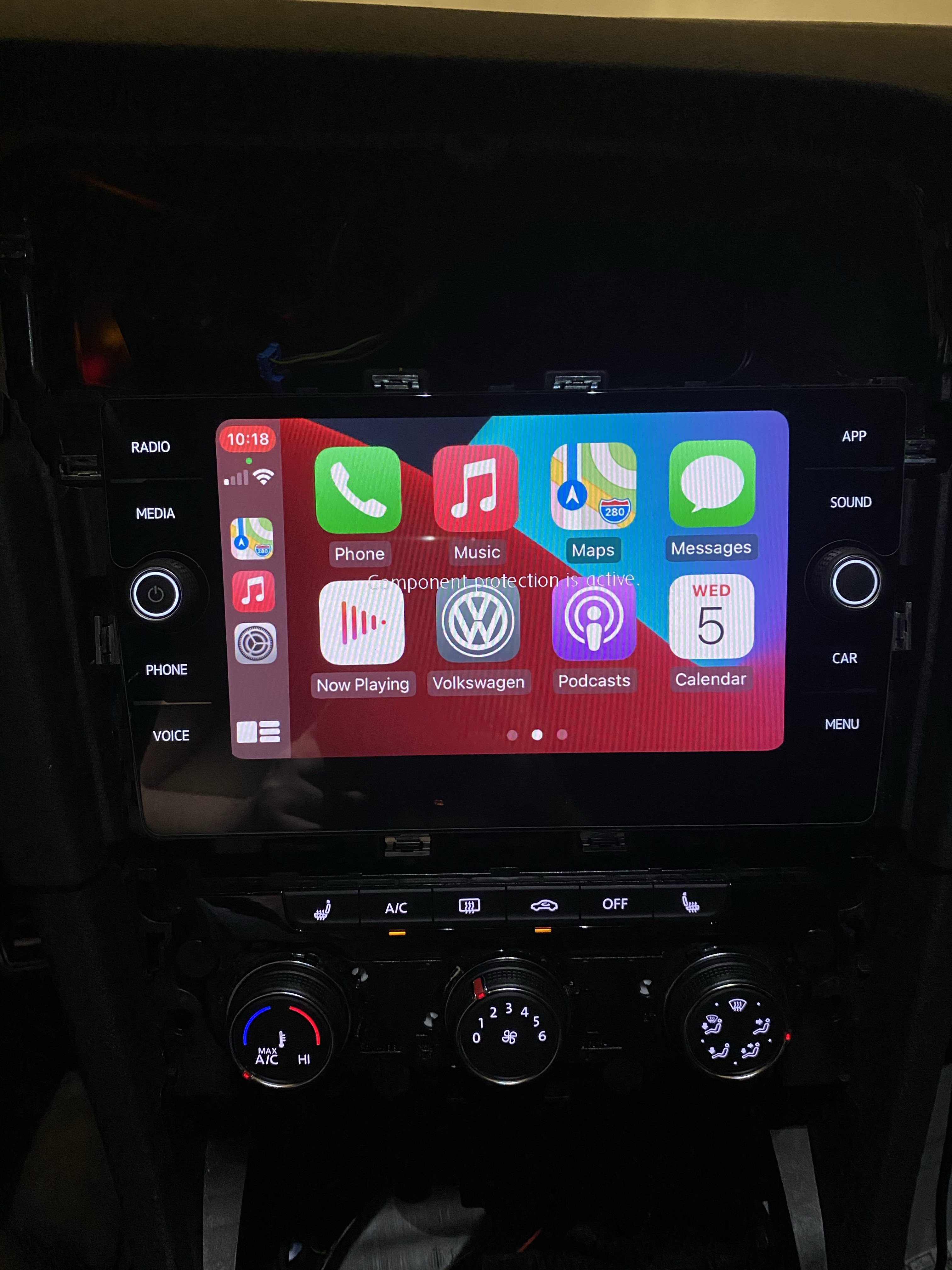 Oddly CarPlay worked but audio doesn't work on everything yet. 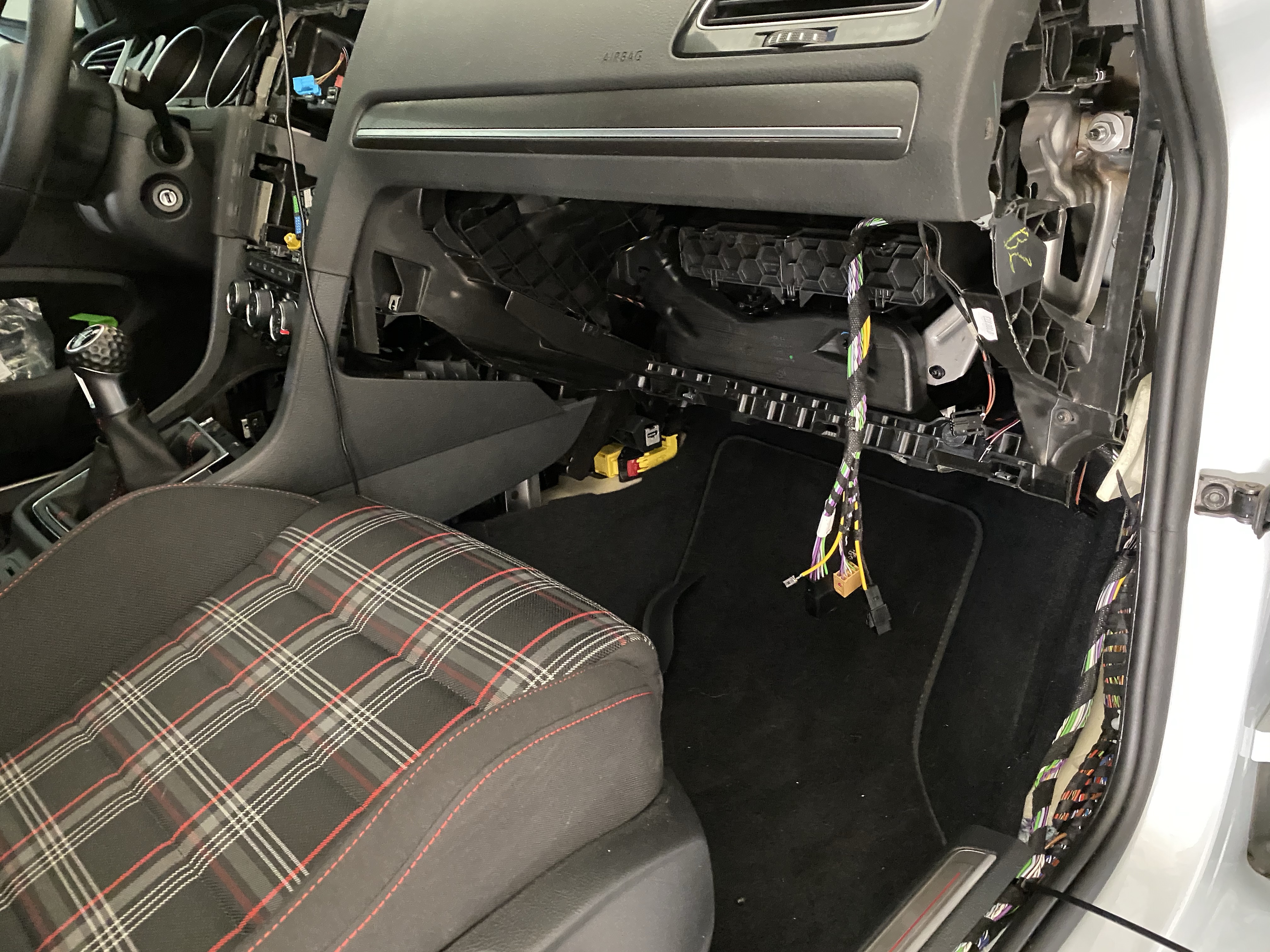 You could see in these photo where i had to add length to the harness to make sure it reached. 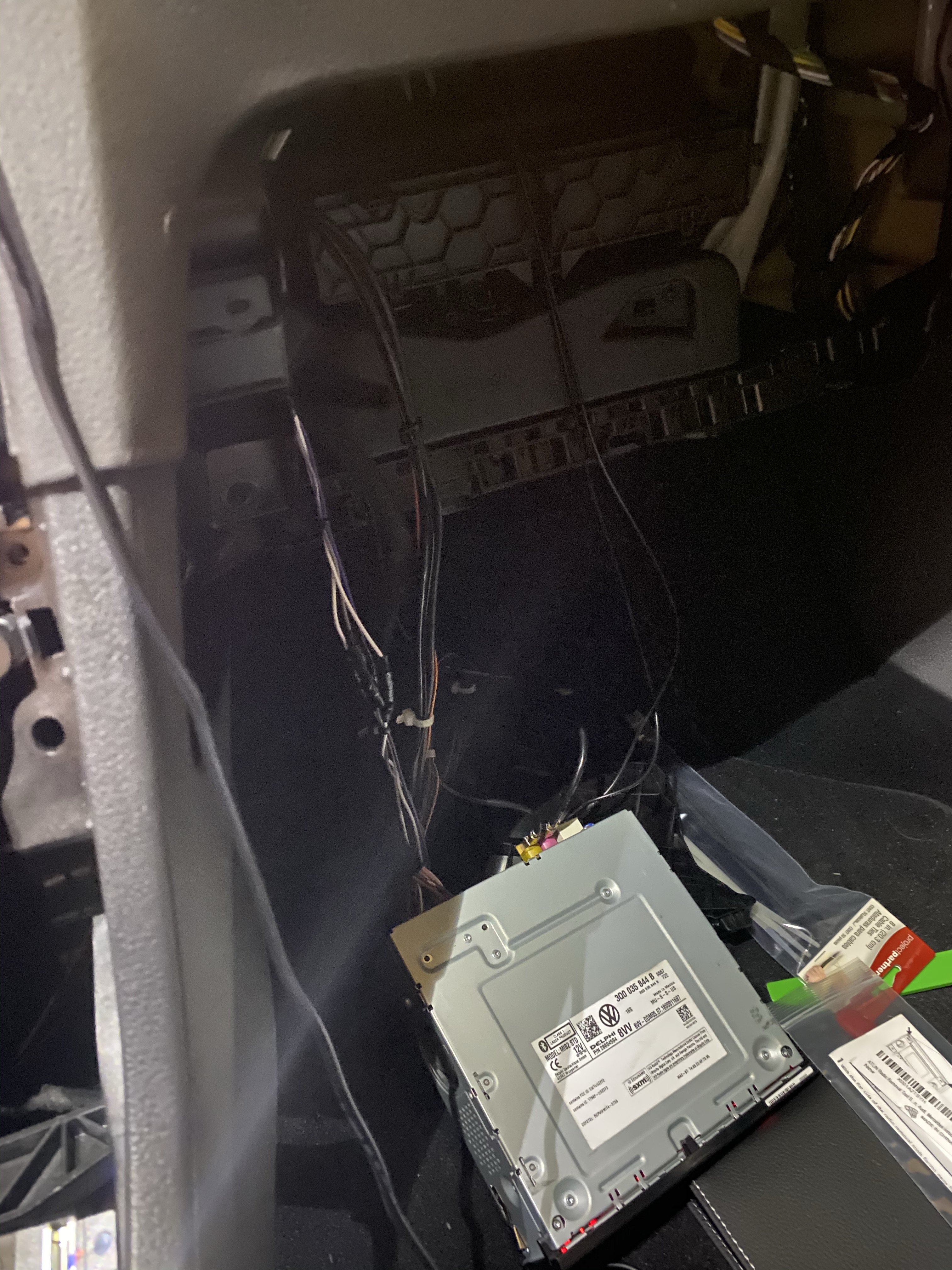 I emailed eurozonetuning and it turns out they have updated their harness and it includes now the CAN-BUS wires and blue connector wires, They said they would update the listing to include updated photos but as of writing this they haven't. Bill from eurozonetuning emailed a photo of the updated and a little photo sample in case you need to relocate some of the wires on the harness. I would definitely research what wires are needed on your harness as i still think the eurozonetuning harness still needs additional wire for blue connector. I ended up using the harness that i ordered from aliexpress as they finally arrived the day after i ordered the harness from eurozone. i did have to cut into the harness and make the canbus wires and the blue connector wires reach, i used butt connectors to make them reach. 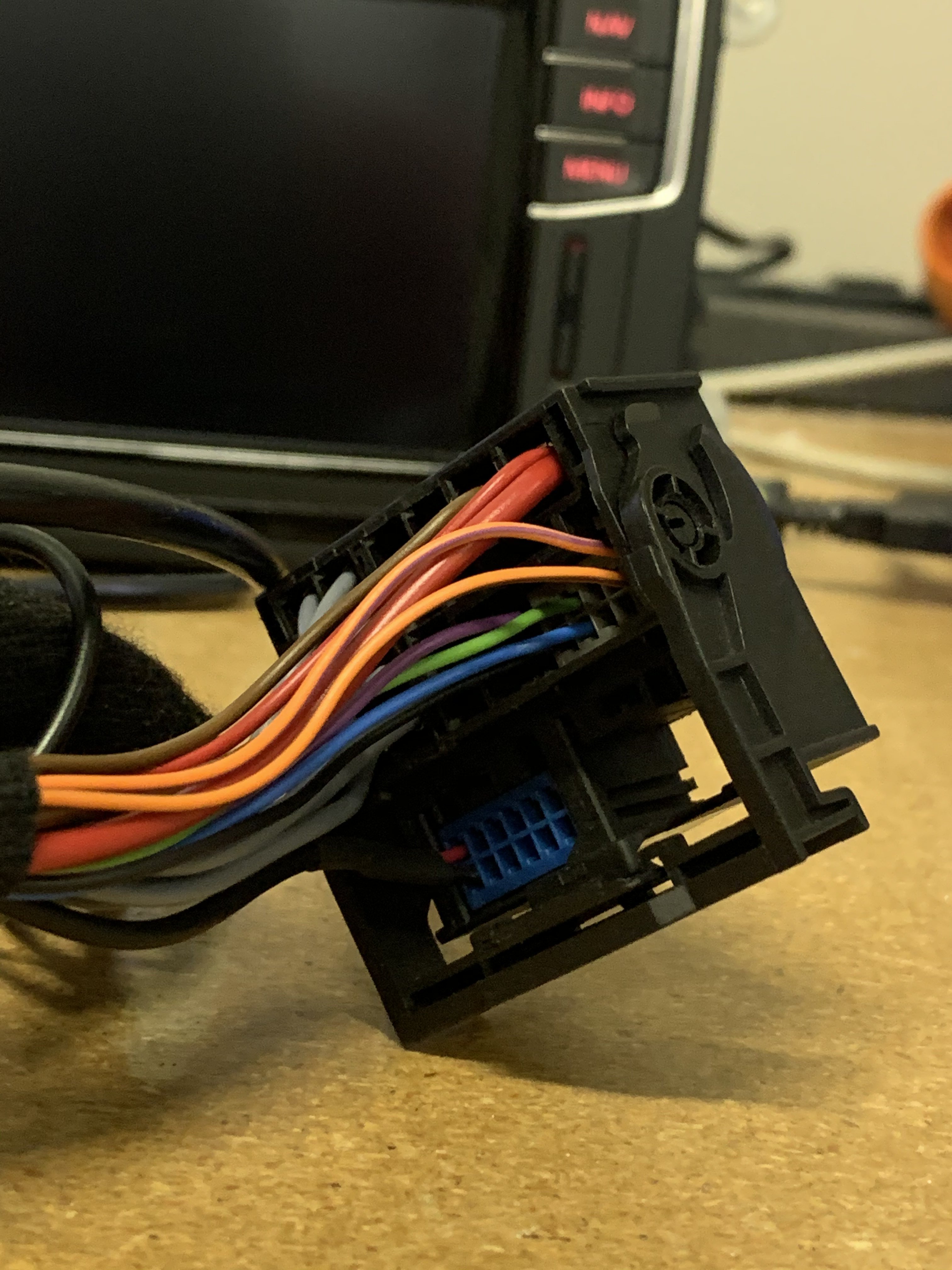 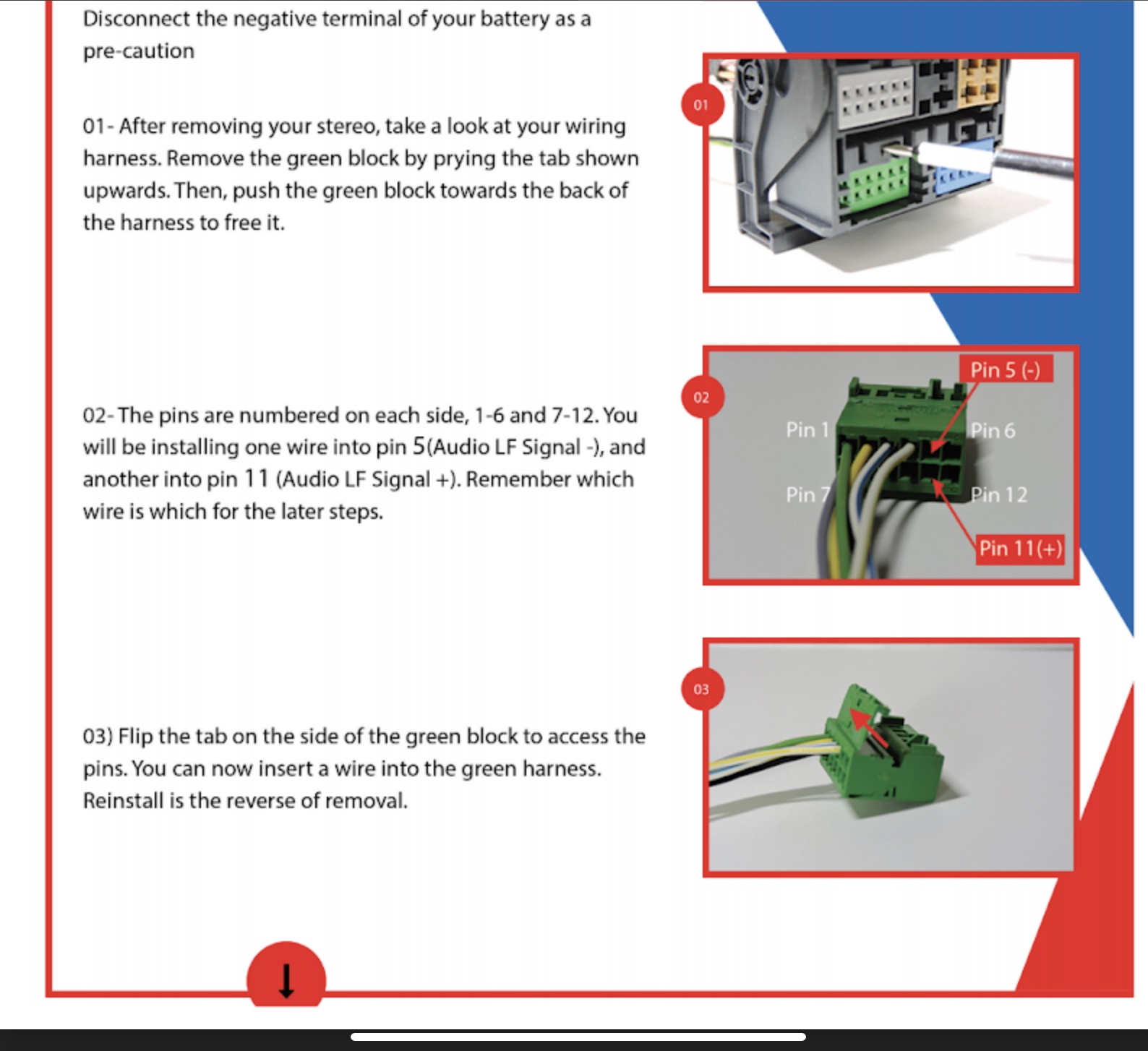 The hardest part was honestly removing the glove box. There weren't enough decent guides that I could find online. One cool thing i found out is that you could replace the lid/door on the glove-box. It just so happened that i bought a golf r glove-box with a damaged lid/door and used the stock one to replace it. Only thing that sucks is if you get the glove-box with the nice inner fabric, that can't be transfer as far as i could tell.

There is two plastic rivets that hold the lid/door in place once you remove the glove-box. You have to essentially push them back through the two holes on each hinge to release the lid/door, I really don't know what tool you could do this effectively with. I used a pair of scissors and two small Flathead screwdrivers. I did a little damage to the rivets but i was able to release the lid and then add the new one. 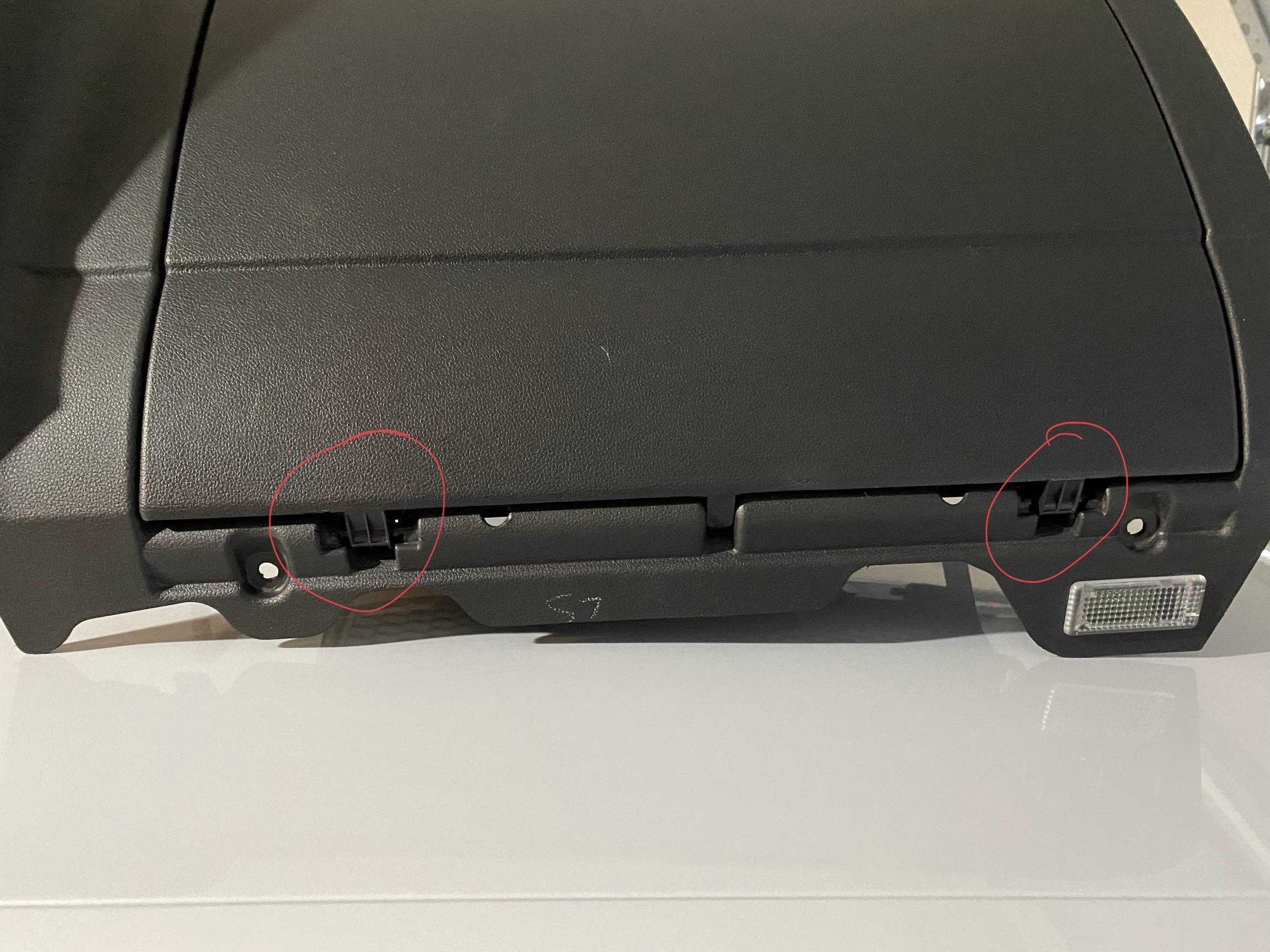 I am working with Jack hopefully on Monday or Tuesday to get this programmed!

Justify said:
OP how much did all of this cost you?
Click to expand...

Not much for the hardware and wiring. I got the screen and MIB2 unit from salvage vehicles. The most expensive part in all of this was Jack's service fees.
G

Does anyone know where I can rent a dlink dub e-100. I was working with Jack and it turns out the one I bought is not the specific one needed to complete the retrofit. Thanks!

Which D-Link you have?
I have yet to meet a D-Link not working...
MIB1 / MIB2 - Component protection,activation codes,retrofits

Yes,but he says that D-Link is not compatible...not bad

Just added a Helix to my retrofit in my 2019 Alltrack S. CarPlay no longer works. Anyone had this happen?

also thanks so much for the write up. Definitely inspired me to do mine.
Last edited: Feb 23, 2021
G