@mr-fix : interesting code - are you using one of these (Digispark): 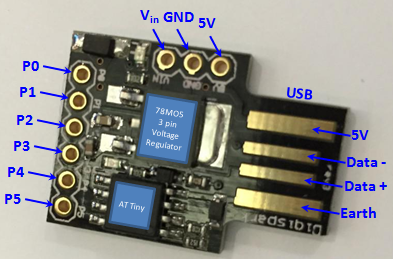 @DV52 currently I have prototype made with Arduino Uno, but planning to use this: ATTINY88 micro development board.

FIY, this camera also will not be good for front cross-traffic assistant. At least the seller was fair and said it immediately when asked. 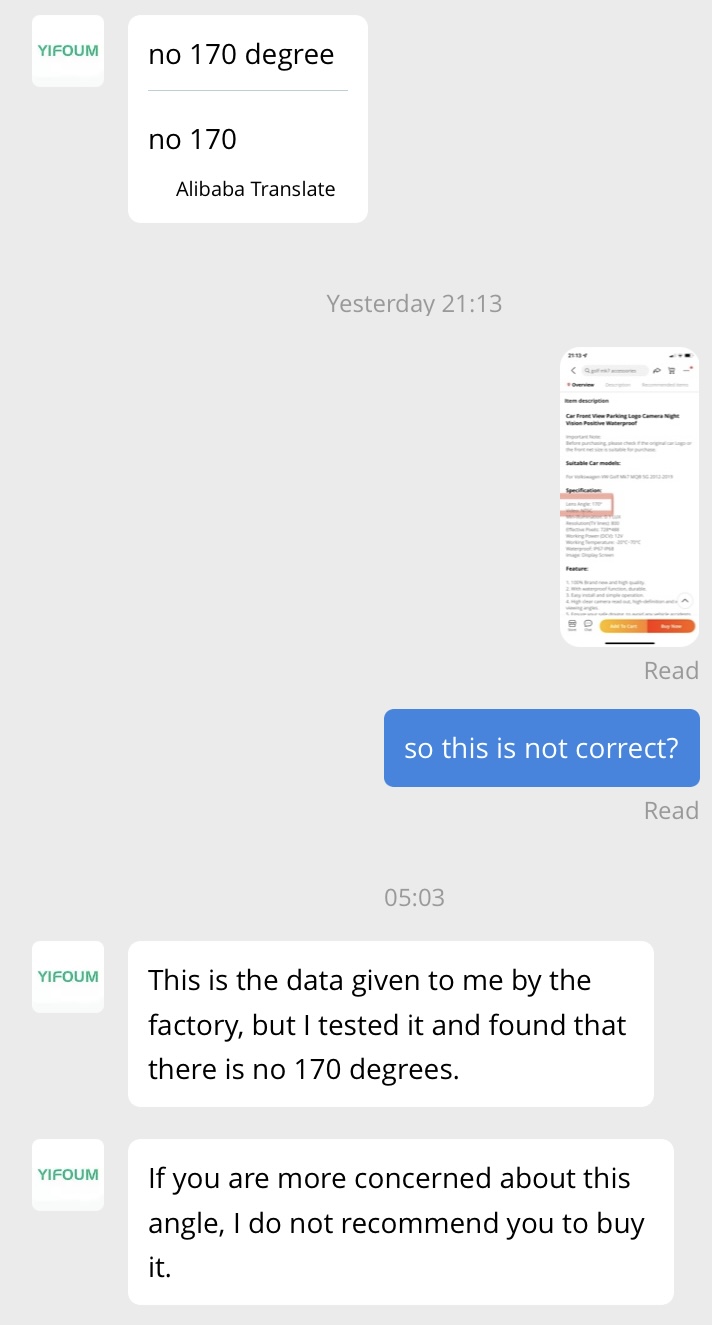 It says its HD/720p with better night sensitivity and a 170 degree wide angled view. Is also nice and compact that can sit snuggly on the GTI honey comb grille. 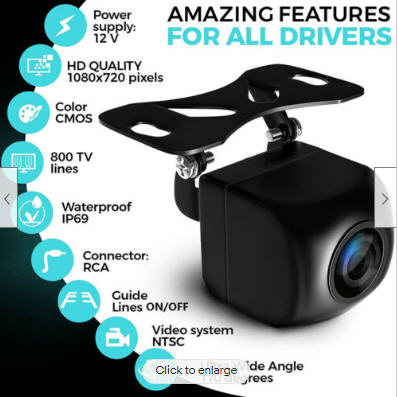 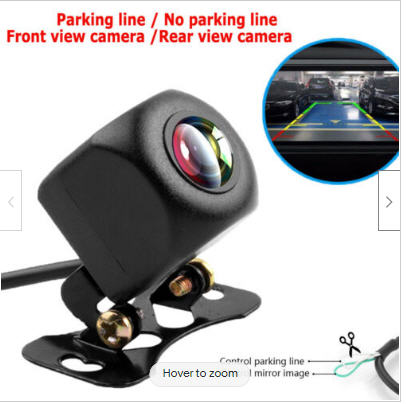 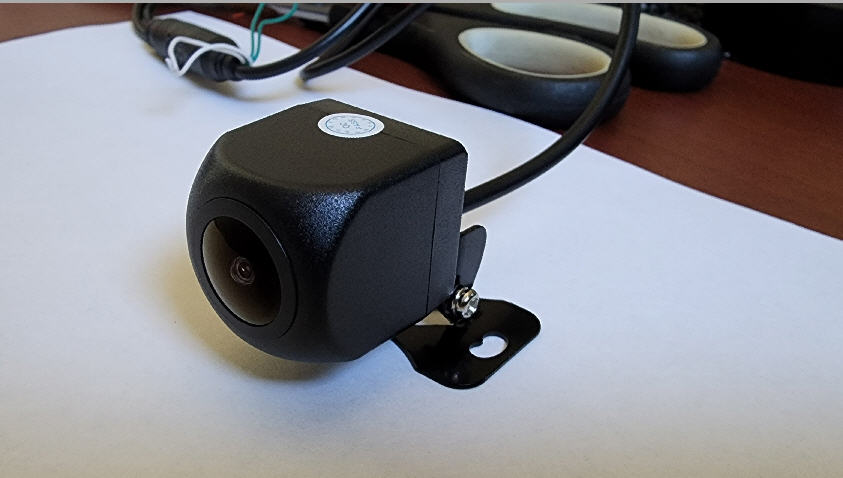 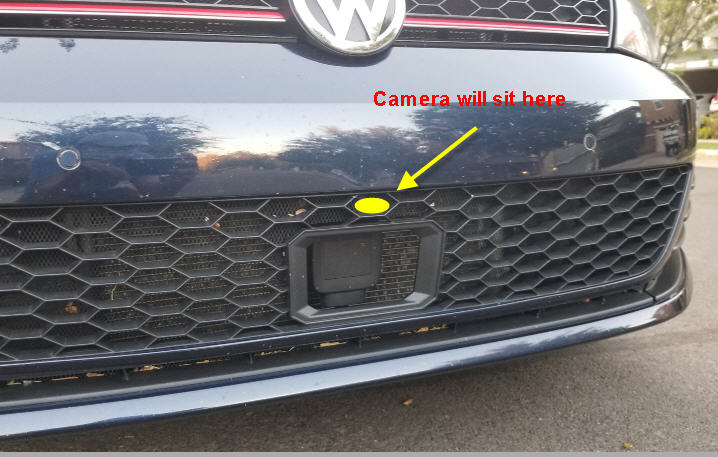 From my bench testing the camera., it definitely looks fish eye type lens with a wide angle. couldnt exactly measure the angles as mr-fix did. Below is the picture of my setup. Let me know if this is also a 110 degree lens., and excuse for the messy desk.

Just did a test fit, coded and all worked fine. Few observations though -

1. Rear camera when initializes and syncs with CAN bus, it checks for video signal. Any disconnects or relayed to front cam, logs a camera disconnected error on camera module (6c).

2. In Parking Mode, when the MIB is connected to front cam., there is no dynamic lines or view modes.(perpendicular parking, tow mode or fisheye) any static lines if provided by those universal cameras are only your option. Which is still fine for me to just get the front view and tell me if i am close to the curb or platform.

3. In reverse mode, when rvc high is engaged, I get the rear view with dynamic lines., and overlay of PDC sensors. I can not change view modes., which appears only when the park mode is on and reverse is not engaged. Wondering if this is something code related.

1. Thanks for the info. Good to know that 0x6C is performing connection tests on its own.

2. Yes. MIB does not add overlays on the video feed. Any lines (RVC low with static, RVC high with dynamic) are added by the camera modules. Also image mirroring happens in the camera.

3. That's strange. Maybe there's a safety feature / limitation in MIB that limits the functionality if parking brake is not engaged. I noticed that sometimes with RVC image engaged my hand is not detected when reaching the display. But if I tap on the display, GUI comes up and I can change view modes.

Found spare 15 minutes and checked if the relay actually works:

(this video is unlisted on YouTUbe, it was not published yet.)

Again, another well made and informative video - thanks for sharing.

Allow me to explain - my understanding is that the switch-ON facility for the RVC is a PWM voltage on BCM pin #64, Socket A (this also supplies the right-side reversing lamp) which is initiated via a mechanical switch that detects the driver's selection of reverse gear. Note: the physical reverse switch is directly connected to BCM pin #11, socket B - so the MIB receives this signal as a CAN based message.

However, I believe that the switch-OFF mechanism for the RVC is not a mechanical switch - rather it's the earlier of:

So - my question is this : to switch-ON your new front facing camera (nice set-up inside the VW badge) in real life conditions - how will you defeat the "timer/car-speed, CAN-message" conditions that would be imposed by the earlier switch-OFF conditions for the RVC?

In your video, I don't think that you confronted these RVC switch-OFF conditions because the car was stationary and reverse gear appeared to be always selected (I think). So, not really a true "live test" - no offense intended

What am I missing?

Don
Last edited: Nov 3, 2022
Please don't PM to ask questions about car repair; the better place for such dialogue is in the forum, itself. That way the entire forum community gets to contribute - thank you

@DV52 I retrofitted my RVC and it took me couple weeks before finding the right one. The thing is that I had this modification in mind and I knew that I would need RVC HIGH, not RVC LOW, to make this work. If you look closely: my car is stationary, gearbox is in PARKED at all times. I just use the Parktronic button.

RVC LOW is controlled as you said: camera, mechanism and MIB use trigger signal from the reverse light (camera and mechanism directly, MIB via CAN-BUS message from BCM). As soon as the signal is gone, camera will shut down, mechanism will go to 10s timeout and close, MIB will go back to previous screen.

However, RVC HIGH is controlled differently, which gives me more options.
First of all camera is not triggered by reverse gear. It's triggered by "camera image is needed" message send via CAN-BUS from BCM, from Parktronic, from ABS, or from MIB. This message can be send when:
The mechanism is not controlled by the same signal as the camera. Mechanism is controlled directly from the camera itself when the camera needs it. It's the camera module that opens the mechanism when it's needed. You can open the mechanism with module 0x6C output test "emblem motor (0998)".

Now, turning the camera off. RVC LOW image will disappear as soon as you disengage reverse gear.
However, RVC HIGH will stay active until you reach ~15km/h. That's true even if you are moving forward. Something that is not possible with RVC LOW. This means that will have the video feed active while moving forward.

@mr-fix: Arrh.......... that makes more sense - thanks for explaining (clearly you have put much thought into the way this project will operate)!

I had wondered why a relay was needed at all (given that the switching signals were low power)- but now i understand that the relay is required to manage the output of your switching logic circuits.

I look froward to seeing the completed project video

Looks like we have a winner!
Got it from Allegro (Polish eBay-like website). Fairly cheap 75PLN is around $17USD.
I believe the same thing can be sourced from AliExpress as well.

Originally I was amused that the seller is advertising this as 200° PoV, but after testing it... wow! There are two config wires that I cut to disable image mirroring and guide lines.
Now I need to mount it, wire it to the relay, make the actual controller.

Have you figured out the mounting. I have a radar like you, and I've tried a while bunch of vw oem mounts and haven't found one that was any good.

And yes, Allegro is great. Especially when leaving in Poland. I have 48h delivery, free returns if somethings wrong. Bought my RVC-HIGH there for ~$150, subwoofer (for spare wheel) ~$50, MIB2 6,5" display ~$20, VW USB HUB ~$10, and a lot for broken components to source individual parts from them.
Click to expand...

That's how I did mine. Not sure if it going to work for my purpose. Pay no attention to the horribly off center placement. 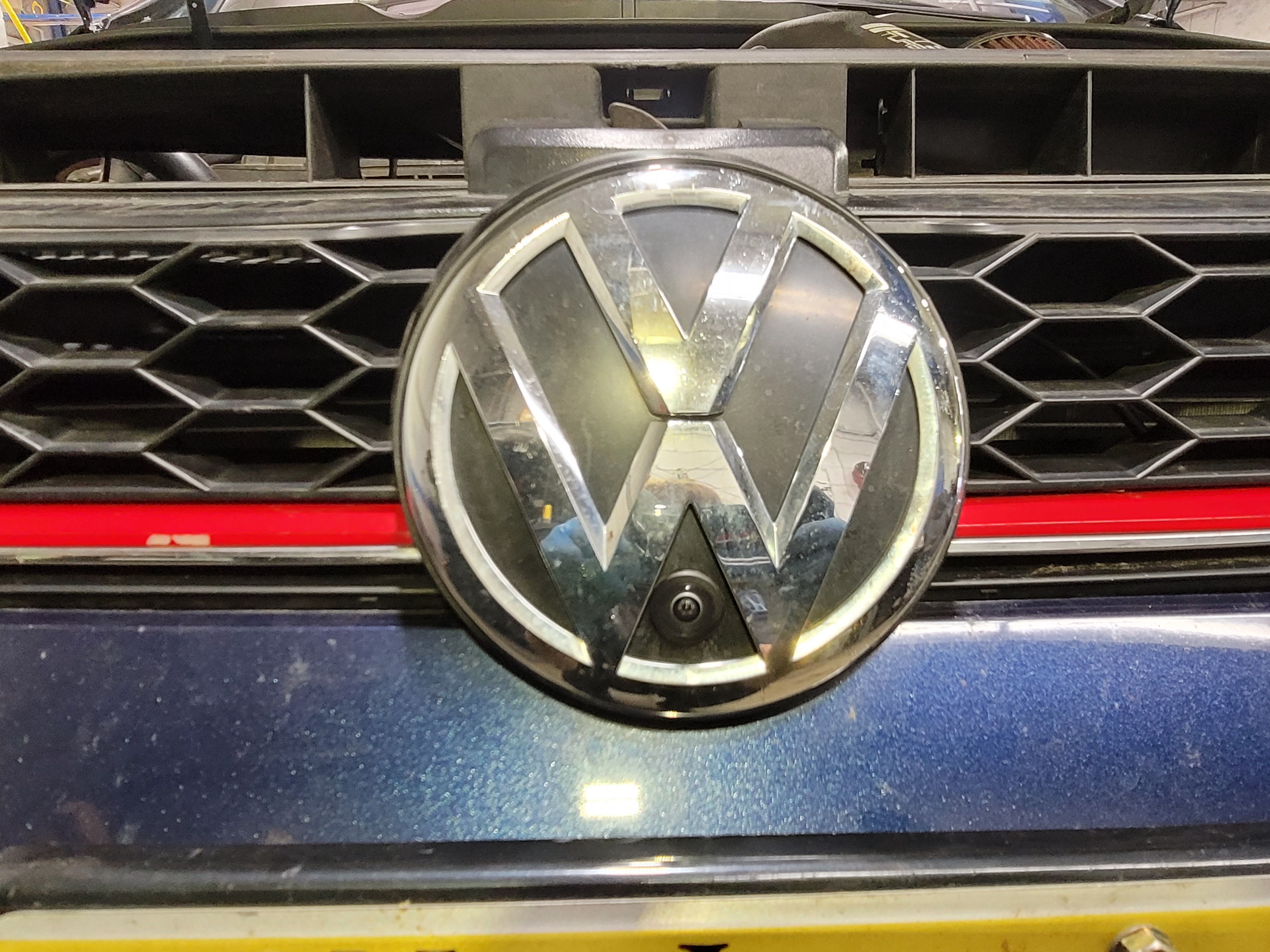